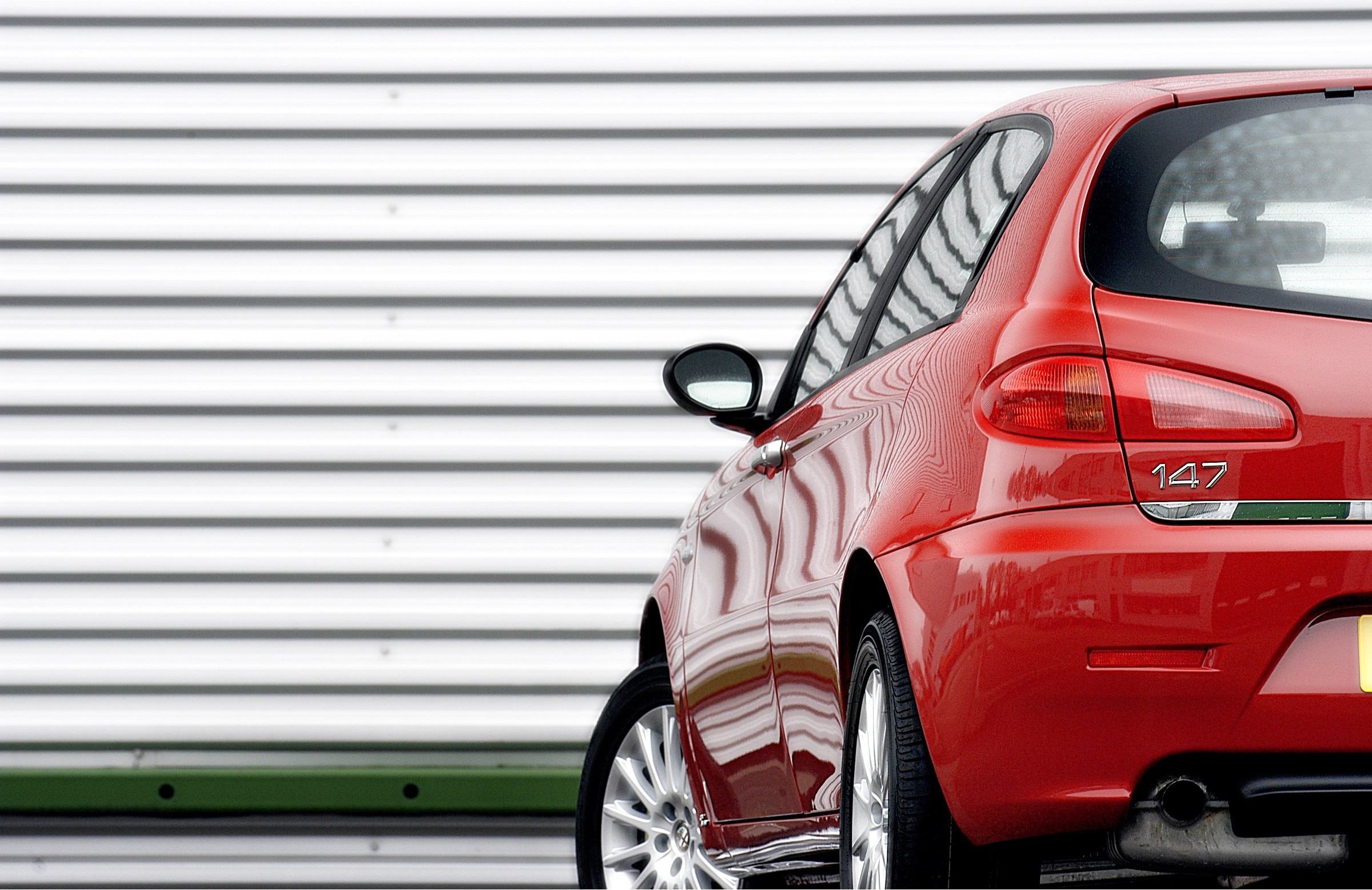 It’s no secret that we love an Alfa Romeo here at Not2Grand. But honestly, can you blame us? Alfa has knocked out some stunning cars. And this, the 147, is no exception. In fact, it may be one of the prettiest cars the company has ever knocked out. It’s a stunner from bumper to bumper. Get your eyeballs around this…

Yes, that’ll do nicely. Imagine having that beauty sat on your driveway. Or don’t imagine it and do it. The 147 is a cheap car these days, even in second generation guise. That means your £2,000 could buy a car that’s less than eight years old. That’s not bad going.

The Alfa Romeo 147 was unveiled at the Turin Motor Show in 2000. Styled by the skillful hands of Walter de’Silva and Wolfgang Egger, it was immediately praised for its looks. But when you consider de’Silva was responsible for the Lamborghini Miura concept and Egger penned the Alfa 8C Competizione, the 147 turning out as a stunner is hardly surprising. They were never going to knock out an uggo.

The 147 was set to replace the slightly more boxy, but still elegant, 145 and 146. It was also set to go up against cars like the VW Golf, Ford Focus and Audi A3. On looks alone, the 147 had them all beat. But what about from a mechanical and quality point of view? Could the 147 take on the big boys?

When comes to Alfa Romeo, there’s a fairly strong reputation that they like to set on fire. Or have their engines fall out. Or explode without warning. And, to be completely honest, it’s not an entirely unfounded reputation. Italian cars, all of them, are somewhat delicate and prone to bouts of overreaction. It’s the Italian way.

Thankfully, the 147 seemed to be a bit calmer. Yes, during its production run the odd bad egg managed to slip through the cracks. And yes, if you read owner reviews you’ll find the occasional horror story. But don’t let that put you off. On the whole, the 147 has proven to be one of the more reliable cars to roll from the Alfa stable. Furthermore, that cars you’re looking at will, in all likelihood, have had any major issues addressed. That’s a beauty people forget with older cars – by the time we get out hands on them, someone else has had to endure and fix the problems. Not us.

While we could just talk about how much we love the way the 147 looks, we won’t. It has more to offer than a pretty face, unlike that girl down the pub who you fancy. You know, the one who couldn’t find a white ball in a black room, she’s that dim?

The Alfa Romeo 147 really is the full package. It wasn’t awarded the accolade of Car of the Year in 2001 for nothing. Plus, Alfa built the 147 over a span of a decade. Over half a million were built. This wasn’t a ten second stab at making a hatchback.

So what oily bits did you get? Engine-wise, you had four power options spread over three different engines. First their was the 1.6 Twin Spark petrol with 120bhp. Then there was the 2.0 Twin Spark petrol with 150bhp. Finally, there were two diesel options. Both were the same 1.9 JTD units, with one offering 120bhp and the other 150bhp. All were and still are cracking engines and, if you make sure you go for a car with full history, they’ll never fail to put a smile on your face.

The only real caveat comes with the Twin Spark engines. You see, that name means what it says – each cylinder has two sparks. That means two spark plugs per cylinder. So come service time, you need eight plugs despite it being a four-cylinder engine. And to make matters worse, the second plug on each cylinder is a different, smaller diameter version. It can be costly, so consider yourself and your wallet warned.

Then of course there was the driving experience the 147 offered. Normally we’d break a review up into sections, but with the Alfa you have to look at it as a whole. The chassis is arguably one of the best in its class. It’s firm but involving, not jarring. Yes, it’s a sod over rough roads, but it’s a small price for the way the 147 behaves most of the time.

Get behind the wheel of a 147 and even a trip to the post office becomes an event. The steering is perfectly weighted and gives exceptional feedback. The five-speed manual is crisp and direct making each change rewarding and the brakes operate with a reassuring confidence. The 147 isn’t just special in itself, it makes you feel special. That’s a rare quality.

Also, when it comes to other cars, we may suggest an available engine that should be avoided. That’s not the case with the 147. All the engines are full of charm and all of them hustle the 147 along nicely. Obviously if you want economy, the diesels are the way to go. And 150bhp in petrol or diesel will mean more pep, but honestly, they’re all great. Though this is all subject to them being regularly serviced and well maintained. There is no shortage of cars with history, so if it’s absent, walk away. Also, you’re not relegated to high milers by budget. You should be able to get a late model with low miles for well within £2,000.

All 147s came with a five-speed manual as standard, while the 150bhp diesel had a 6-speed cog-swapper. If you fear the clutch pedal, you also had the option of a Selespeed automatic. It’s not the most refined auto ‘box out there, but it’s also not the worst. It does take away from the driving experience in our eyes though.

Inside you’re in for a treat. The 147 has a stunning interior. Some may argue it’s form over function, and they’d be right. Few cars have a dash or interior as stylised as the 147. But that’s no bad thing, it just adds to the experience. The only thing that lets it down are the dubious plastics in places. It’s also not the most hard wearing interior known to man, so make sure everything works and nothing has been stuck back on with Blu Tack.

Up front, you’ll have plenty of space. And with plenty of adjustment from both seat and steering wheel, getting your driving position just right is easy. It’s a different story in the back though. Leg and headroom suffers at the hands of design. Three of five doors, doesn’t matter. Adults will find it a squeeze.

The Alfa Romeo 147 had a ten year run, ending in 2010. It was replaced by the far less exciting and infinitely harder to spell, Giulietta. Technically speaking, it’s an old car now (not that we consider a, at best, seven year-old car to be geriatric). Still, it means prices are down. And that’s good for you, because it means you can get your hands on a design classic from Italy for not much cash.

There’s no denying that the 147 is a pretty car. But it’s more than that, it’s the full package. This is car you’ll thoroughly enjoy. Until, y’know, it breaks down. But at least that will give you a reason to look at it, so it’s not all bad.