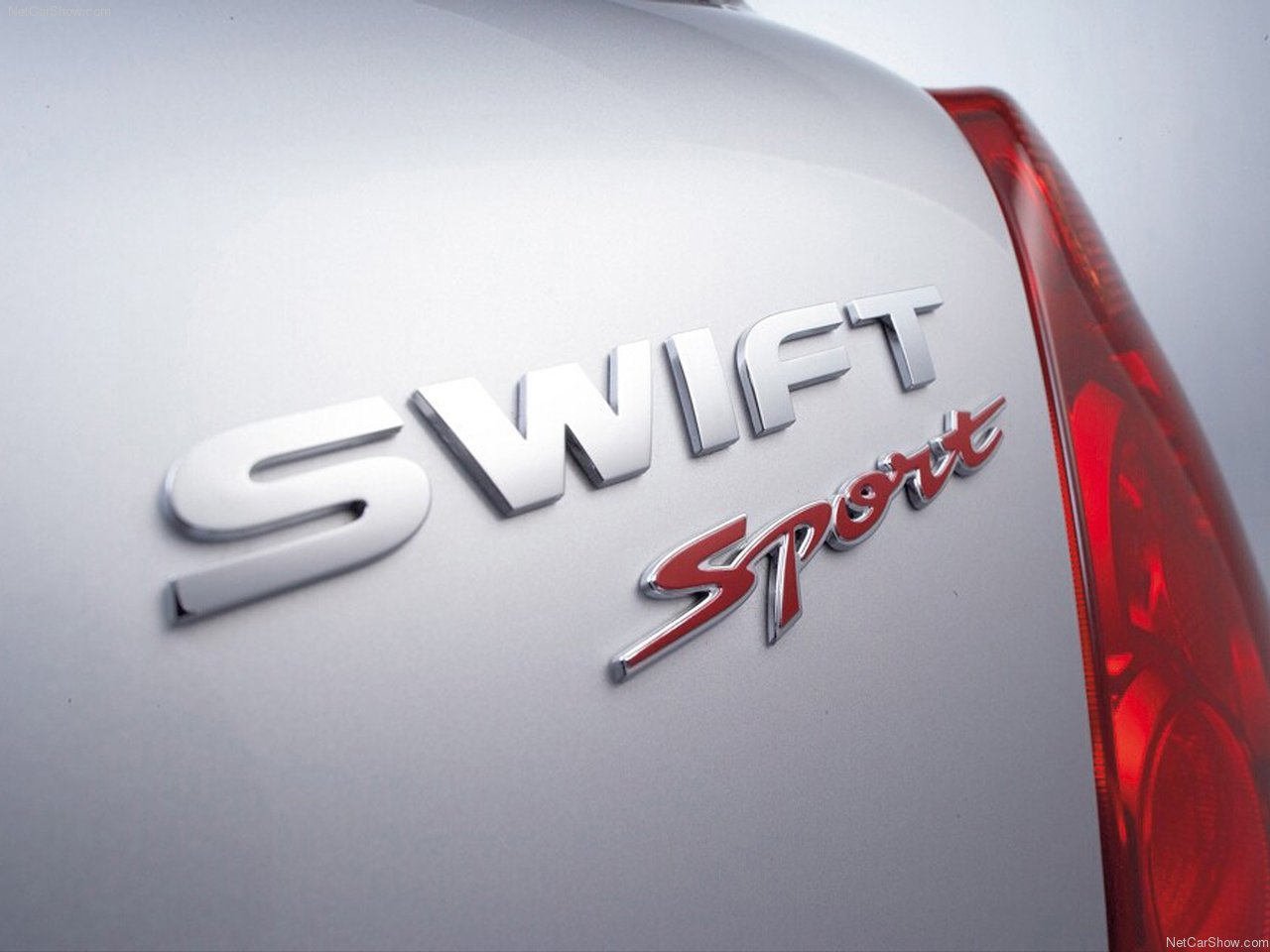 Bigger is not always better. A child accidentally standing on your toe is something you can live with. If Andre the Giant did it, you’d need to got to A&E. You’d also need a spirit guide, what with him being dead. This might not have been the best analogy. The point we’re trying to make is that the Suzuki Swift Sport is small. And small is good. Especially in this case. You need not worry about any WWE Hlall of Famers.

This isn’t the first time we’ve looked at the offerings of Suzuki. We have also lusted after the brilliantly named Cappuccino. Again, it was small. But in the case of the Cappuccino, small was a polite way of saying microscopic. The Swift is a little more easy to live with. It’s a car you can use every day, and do so will constantly put a smile on your face. All for less than £2,000. Not bad.

The Suzuki Swift started life in 1980-something and in all honesty, it was nothing more than a lesson in badge engineering. The original car wasn’t just called the Swift. Suzuki also called it the Cultus, Forsa and Jazz, depending on the market. You could also buy it as Chevrolet Swift or Sprint. Or as a Sprint Metro or Geo. A Pontiac Firefly, Maruti 1000, Holden Barina or Subaru Justy. Basically, Suzuki would throw the licence for the Swift at anyone who wanted it. If you wanted to build one in the ’80s and call it the Willydong Ladysniffer, Suzuki probably would have let you.

It’s also worth pointing out that the original car was fairly terrible. Not to mention abysmally ugly. However, they sold well, which secured the car’s future. But then again, any car will sell well if everybody on the planet is making it.

Over the years it morphed into a better car. It also kept its name and its body panels for itself. If you do buy one of these, you don’t need to worry about seeing a Kenwood or Hitachi lookalike.

The car you’re looking at here is, on an international basis, the fourth generation. And even as a base model it was good fun. It was roomy for a little’un, it had a cheeky aesthetic, it was reasonably well built and it didn’t hurt the wallet to buy. We’d call that a winner.

Things got more fun when, in 2006, Suzuki dropped the Swift Sport on us. Nobody was expecting a hot version. But man, were we pleased they did. It is a belter, as Fred Dibnah might say.

So what exactly was the Swift Sport? Well, um, it was a sporty Swift. Okay, there was more to it than that. A lot of car companies are quick to offer sport models that are, in reality, nothing more than a set of alloy wheels, some side skirts and a new badge. The Swift was far more than that.

First of all, it looked different. Initially only available in 3-door guise, it was treated to a set of bigger alloys, a rear spoiler and a slightly more aggressive face. It was also lowered on firmer suspension, tightening up an already impressive ride. The Swift Sport’s innards were upgraded too. Sport seats, an infotainment system for some, racy pedals and some other touches made sure the driver felt like they were in something sporty. So far, so good.

The Swift Sport had all the looks. But did it have the pace to match its face? Indeed it did. It was propelled by a 1.6 litre petrol M16A engine. To you and us, that’s a petrol inline-four. It was naturally aspirated and featured variable valve timing, ensuring performance along with fuel economy and of course, emissions. It also had racy high-lift cams, forged pistons and strengthened valve springs. It was a happy, free-revving little lump of metal.

If you’re a number fan, you’ll be pleased to hear that all that mechanical goodness equated to 125bhp and 109lbft. More than enough to shove the 1,105kg Swift along to a top speed of 124mph, passing 60 from 0 in just 8.6 seconds. It was certainly nippy.

All that lot added up to mighty little package. The motoring press lauded it for its charm and fun factor. It might not have been an out-and-out powerhouse, but it didn’t need to be. Think about it, what’s better? 500bhp that you can only ever access 10% of, or 125bhp that you can use all 100% of? Exactly. That’s man maths for you.

The Swift Sport was, and still is, a huge amount of fun. But it’s also practical. It might only have three doors, but you can get four actual human beings inside it. The rear seats have Isofix anchor points should you have small humans of your own. And all that sporty stuff – the engine and suspension – work well in an urban, ‘normal’ setting. You’re not sacrificing anything in the name of sportiness.

Also, it’s safe, too. EuroNCAP gave it four stars. It’s not class-leading, but four out of five is respectable. And with two front airbaigs and two for side impacts, you’d have to have pretty serious crash in order to hurt yourself.

If fun in a car means a lot to you, the Suzuki Swift Sport is a great way to go. Modern, safe, practical but with bags of character and fun, it’s the perfect solution. Plus, it’s cheap to run (the engine should average 40ish mpg), which is never a bad thing.

Also, despite the mass appeal and consequent popularity of the Swift in general, the Sport isn’t an overly common sight. So you’ll have some cool points by way of exclusivity. Just have a look at the classifieds and pick the one for you. You won’t regret it. Unless of course, you’re as big as Andre the Giant. You might not fit.