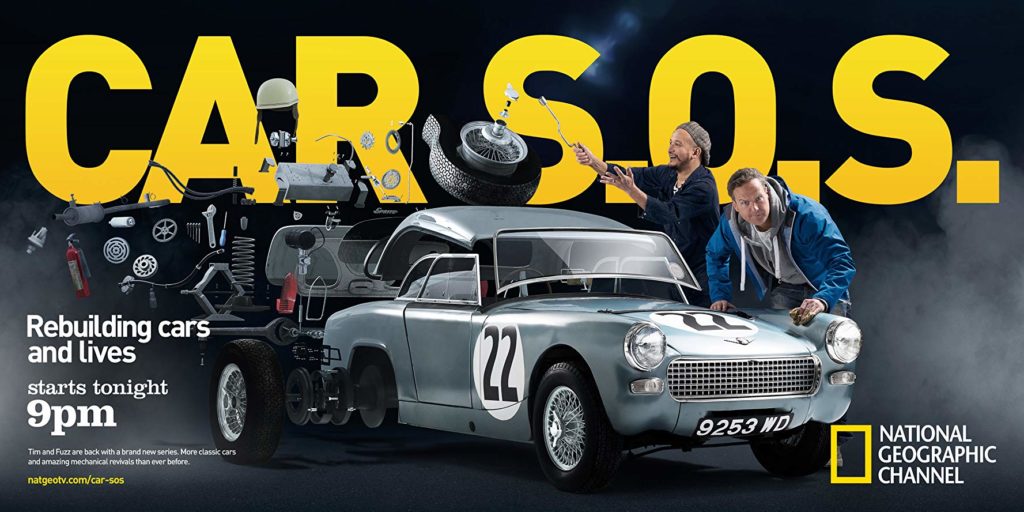 Channel Four and National Geographic’s hit car show, Car S.O.S is to move away from restoring cars, and will instead offer its restoration services to sausages.

The show, which thanks to it’s ludicrously tall co-host, Tim Shaw, earned the colloquial moniker of ‘Car Sosage’ will soon make a dramatic shift to better suit what was once just a fun name for the show. Despite being in it’s seventh series, producers have decided to move away from cars, stating that the constant restoration costs for each vehicle are becoming prohibitively expensive.

Dave Cumberland, one of the show’s producers, was available for comment. “Don’t get me wrong lads, I love cars. And to save these old motors and bring joy to the owners, well, that’s something really special to be a part of. That said, it is getting bloody expensive. We weren’t sure if we were going to see an eighth series. Thanks to Tim though, and his genius creation of the ‘Car Sosage’ name, we have somewhere to go. It’s going to be a winner!”

Applicants for the new show will need to own a car, and be willing to use it to transport sausages to and from the new studio. “We have to keep the ‘car’ bit in the title, it’s contractual” explained Cumberland. “But the restoration will all be about sausages. We’ve got some really sad stories coming in from prospective applicants. We’re sure it’s going to be just as emotional as the car episodes.”

Dave isn’t wrong. We were given exclusive access to some of the letters, and they truly do tug on the heartstrings. One person in Huddersfield dropped his sausage under the fridge, so now it needs a complete clean-down and restoration, while another letter details how one woman’s sausage was half-eaten by her dog. Truly upsetting stuff.

We also manage to have a chat with the show’s other host, Fuzz Townshend, who despite initial concerns, now seems happy with the planned transition. “I was a bit unsure at first, but then I had a think about it and it’s definitely the right move. I’m sick of rust. I’m sick of fighting engines that haven’t worked in thirty years. All I have to do now is fire up a frying pan. Easy.”

The new Car Sosage will be broadcast on the Food Network in 2025.