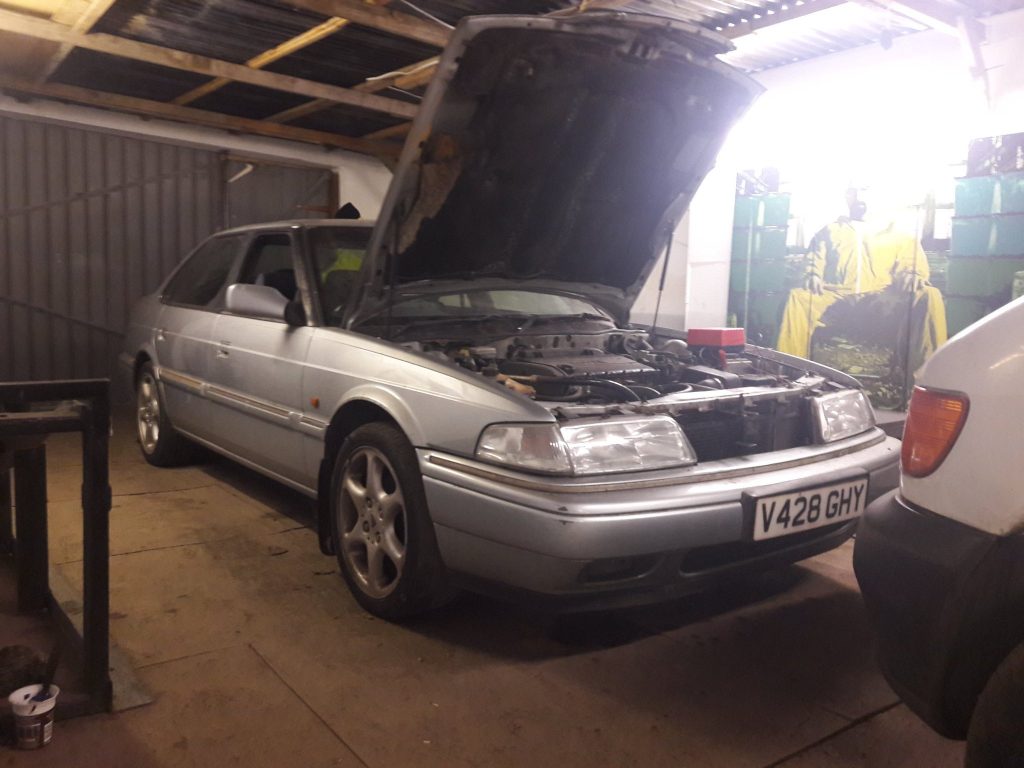 We needed a bigger car. With two kids, both of whom have this annoying habit of growing, we needed to get a machine that had a bit more space than our Saab 93 convertible.

We did ponder getting rid of the Saab, but decided that was silly after all the work we’ve had done to it. Then we pondered getting rid of the children, but apparently the authorities take a dim view of that. So instead, we bought a slightly tired Rover 800.

This isn’t any Rover 800 though. It’s a Vitesse Sport. That means a turbocharger, and a limited-slip diff. And 200bhp, though a fair few of those ponies are probably dead. Still, fun times.

The Rover 800 is a funny thing for us. One moment, we’re singing its praises. The next, we’re lamenting the time we owned one. One EXACTLY THE SAME AS THIS. Honestly, take the plates off and you’d not know the difference. Well, you would, because the other one was a diabolical heap of shite.

And that, in part, is why we have bought this one. We have unfinished Rover 800 business. There’s a score to settle, and this is the car we’ll do it with. Possibly.

We’ve actually known of this car for ten years. So when the ad said ‘gentleman owner for the last 11 years’ we knew it wasn’t bollocks. Every time we drove past it, it was shiny and happy, a clearly looked after machine.

Of course, that’s not the case now. The 800 is need of some love, but it’s nothing major. Here’s what’s up:

And before you say “header tank? That’ll be the head gasket.” It’s not. This is a T Series engine. And we’ve checked. It’s fine.

Project 800 is important, too. It’s N2G’s first official project car. So you’ll be able to follow it as it develops. And develop it will. We already have all the service parts on order. The kind people at MTEC Brakes are sending us new disks, pads and braided hoses. It’s all going on. It’ll be a hub for real-world home mechanics, the kind of stuff we should all have a go at.

It’s exciting. It’ll be a laugh if nothing else. But the bottom line is that Project 800 will be fun, and that’s what cheap cars are all about.