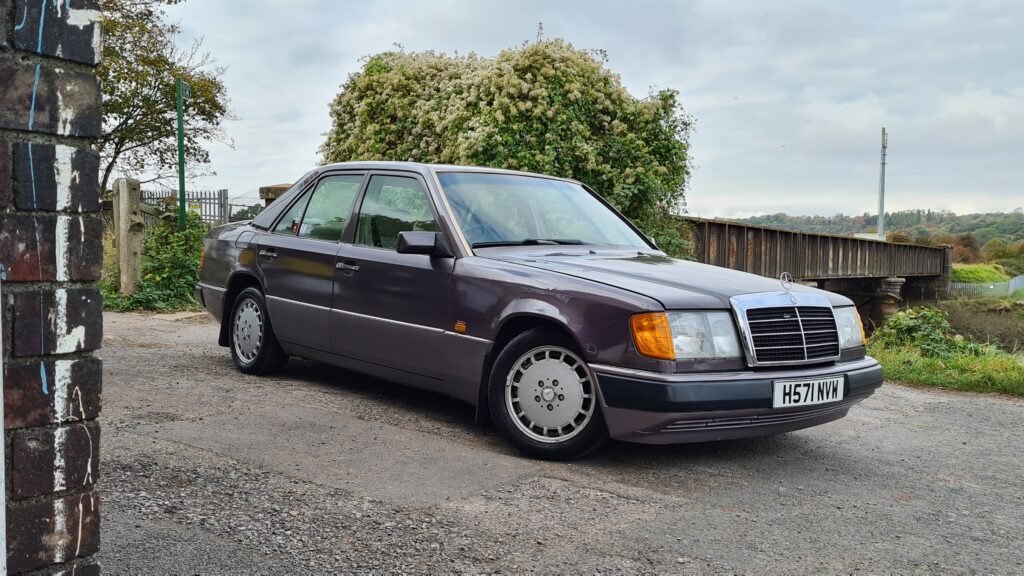 We adore the W124 Mercedes-Benz. It’s why we bought one, and drove it, and fell in love with it. However, by falling in love with it, we were also wracked with guilt, as we didn’t use it all that much. This meant it just sat around, and that’s not good for an old car. So we sold it to Alan of The Motoring Podcast, and then immediately regretted it. But c’est la vie. Rather than wallow in regret, we’re going to take it as an opportunity to encourage you to buy one. You can still pick them up for under two grand, but be warned, prices are climbing. The W124 is going the way of the W123, which is great for owners, but it put the pressure on buyers. If you want a cheap one, now is the time to strike. 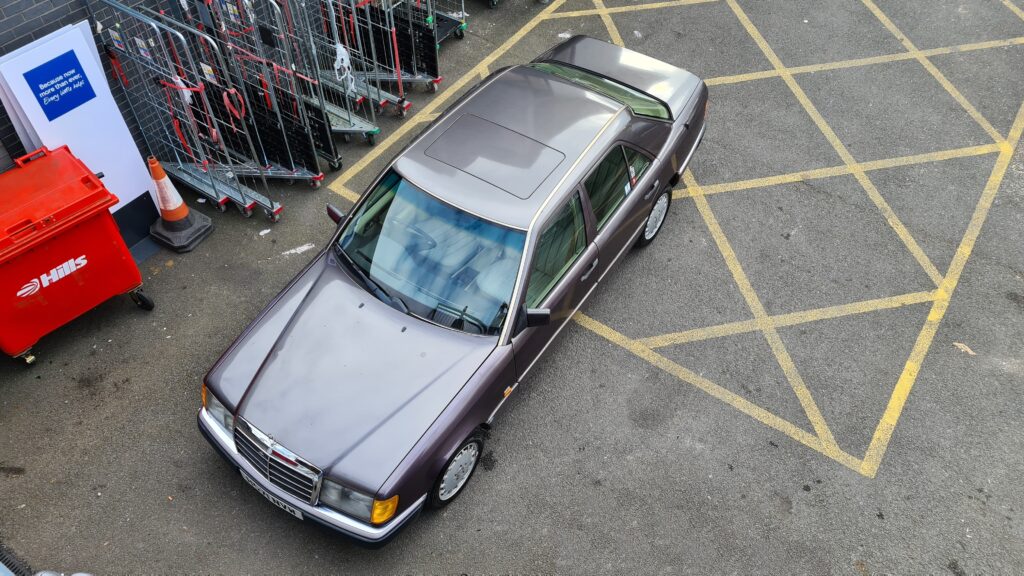 Engineered to excess, the W124 is still strong, it’s still comfortable, it’s still reliable and it’s still a damn good looking machine. You glide along in a W124, and you love every moment of it. And onlookers love it, too. The W124 is a classless car, it’s something that people look at and appreciated. You don’t get hate, you don’t get comments about it being old. Instead, you get interest, you get people taking pictures and you get let out of junctions. It’s a car people like. It’s a car you’ll like. It’s a car you need to buy. If you still need convincing, here are five reasons why you should take the plunge…

Is it a cliché to say this about an old Mercedes-Benz? Possibly. But we’re going to stick with it, because the W124 is engineered to excess. Ours had all the miles, but it still felt solid. The doors still shut with a premium ‘thunk’ and everything still worked. The cabin is warm, dry and comfortable with no rattles or creaks. It’s just a car that is built astonishingly well. of course, this doesn’t mean you should ignore things like rust. The W124 can and will dissolve at a moment’s notice. It’s an old car made from ’80s steel. However, get one that has been protected from rust and you’ll be laughing. And you’ll feel safe, and secure, and comfortable.

Sorry to once again draw parallels against ours, but there’s a reason. We bought ours for £100. It had 200,000 miles on the clock, and it had not been shown any love for a long time. It still started every time. We serviced it to death – plugs, leads, fluids, filters, new exhaust, belts – and that made it even more reliable. And ours was a bit of a knacker. Get one with some service history, keep on top of it and it will never let you down. There is a reason these cars a popular exports to places like Nigeria – they last forever. If you neglect it, it’ll fail. Naturally. But look after it – and it’s easy, as they’re a joy to work on – and it’ll look after you. 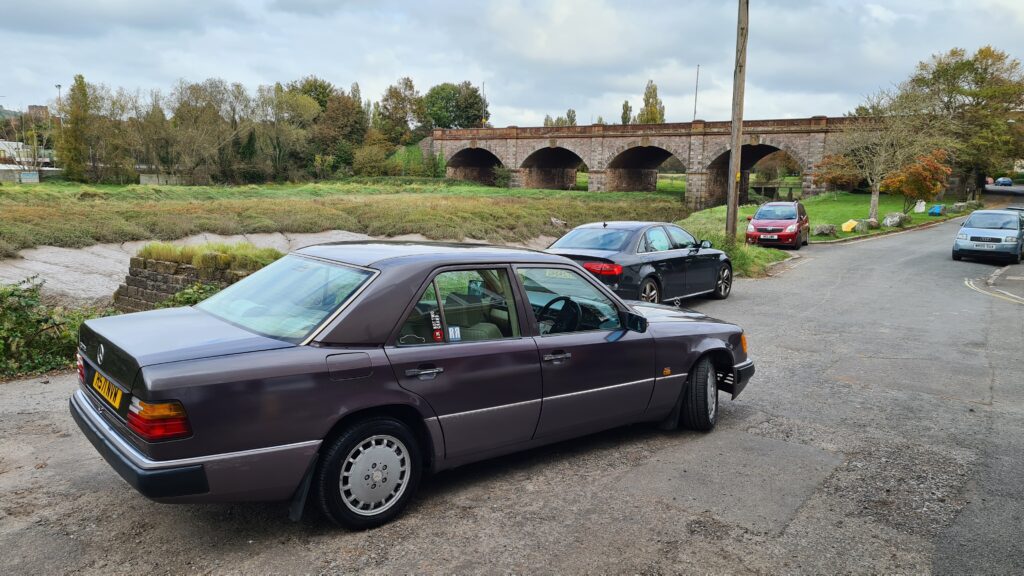 3) There is a huge support network

For a long while there, the W124 was just and old car. However, it’s now moved squarely into the realms of being a modern classic. This means there are myriad specialists out there who will be able to supply parts, expertise and more. You have companies like Edward Hall, which will service your W124, or completely restore it. You even have main dealers that still stock parts for this popular model. Then of course, there are the smaller breakers and specialists who will sell you parts and so on. 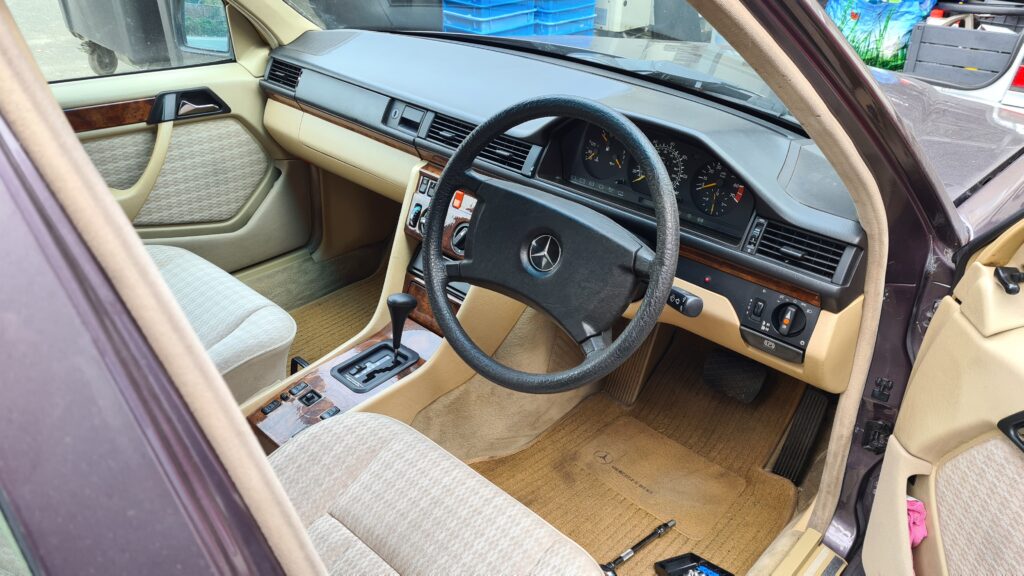 Yeah, they can be a bit on the thirsty side. But other than that, they cost peanuts. Service parts are cheap, as are wear and tear parts (a full exhaust was £90). Tax was £23 a month and insurance was £188 for the year, fully comprehensive. Talk about bargain motoring, but with acres of class. 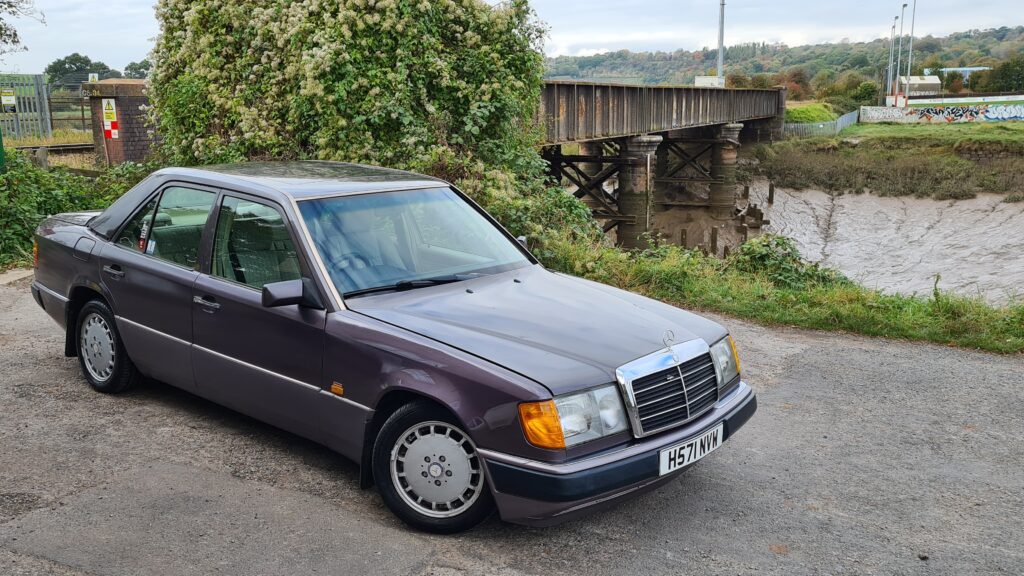 No, the W124 isn’t ‘modern car’ safe because it’s not full of computers and airbags and so on. But, in old car terms, it’s very safe indeed. The W124 was made from strong stuff, and as such, if the worst does happen, you and your passengers should be okay. Put it this way, it’s a long stronger than a Sierra from 1990. This is the sort of classic you could use everyday, and feel safe in doing so. It’s the kind of old car you can put the kids in and be satisfied they’re safe. There’s a lot to be said for that.