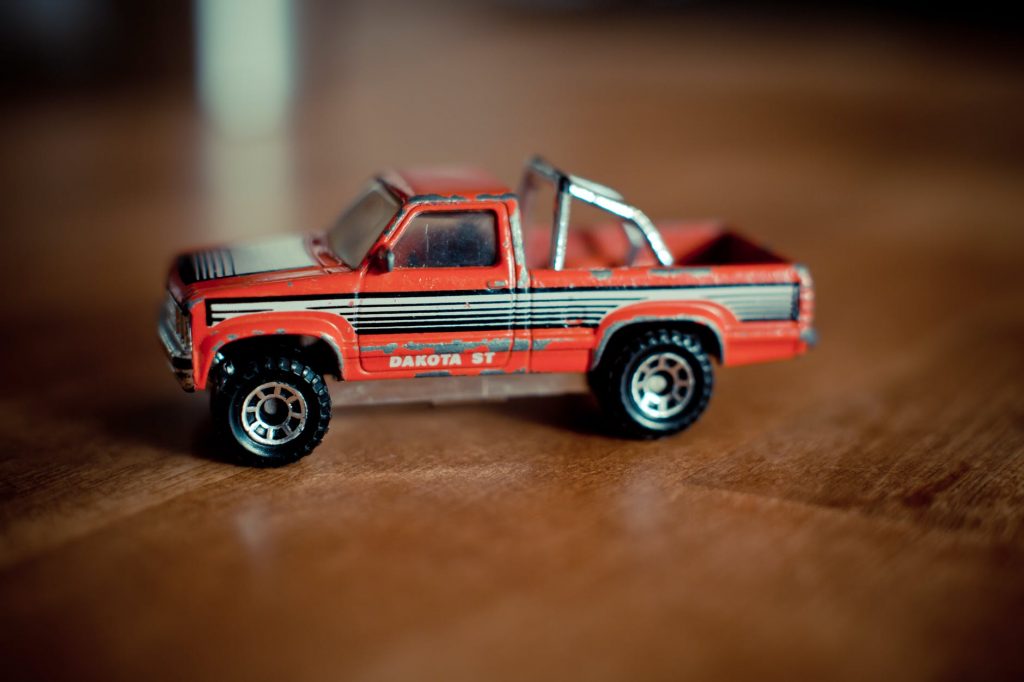 Why is it Americans get all the pick-up fun? Head over to the land of the free and you’ll see an abundance of pick-ups. The Ford F150, for example, sells faster than the hottest of cakes. Seriously, Ford sells a brand-new F150 every ten seconds or something daft. They are absolutely bonkers for a pick-up over there. But why should it just be the Americans who get to carry large things in the back of a rugged vehicle. Surely we can play here in the UK, too? Surely there are some redneck Rolls Royces that we can choose from?

Happily, there are many. Okay, so not every pick-up we have here is as rugged or as ‘steak and cheese’ as the American offerings, but that’s fine. Here in the UK we have always played to our own tempo, and as such we have given homes to a weird and wonderful array of pick-ups. Some, like the L200, are responsible for revolutionising the pick-up lifestyle here in the UK. Others, like the VW Caddy, are cool on the modified car scene. Modifying one actually makes it utterly useless as a pick-up, unless delivering feathers and farts, but what can you do. Scene kids, ammitrite?

Anyway, yes, here in the UK we can have our pick-up flavoured cake and eat it. Here are five of our favourites to nibble on. Metaphorically. Don’t actually nibble on them. You’ll hurt your teeth. 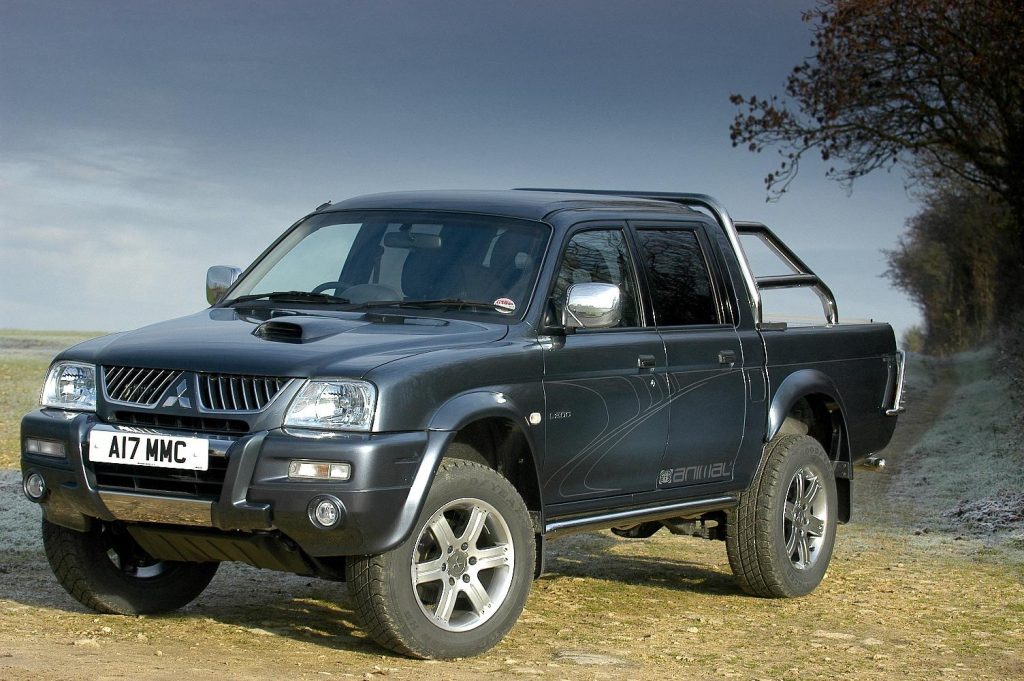 We have to start the list with the Mitsubishi L200 because, before the arrival of this and its ‘4 Life’ double-cab trim level in the late ’90s, the pickup was just something builders named John drove. It was not a car for the suburban driveway, unless the house belonging to that driveway was having the garden landscaped. When the L200 4 Life arrived, so too did the idea of a ‘lifestyle‘ truck. The 4 Life was marketed as a big family car, not a pick up. Mitsubishi wanted you to buy one and use it as you family car. And do you know what? We bloody did. This may or may not have been helped by the massive tax break you could get at the time. But still, we bought the L200 and we ushered in a new generation of UK pick-ups. The L200 evolved into the Warrior, the Barbarian and the Animal editions. Soon we had Navaras with leather, Rangers with air-conditioning and HiLuxes with baby seats. Mad. 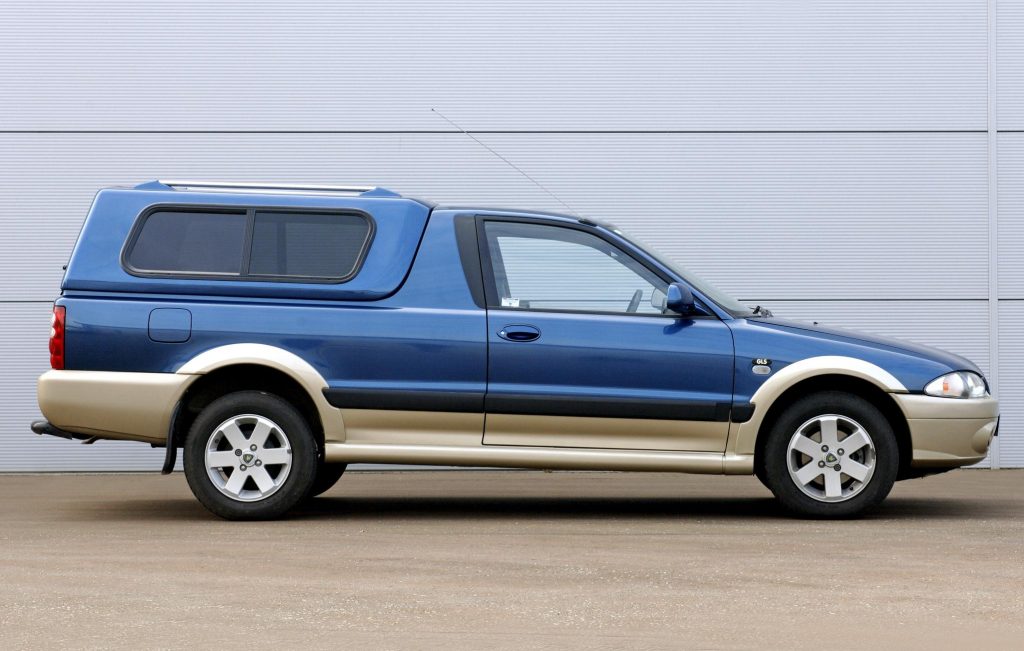 Don’t laugh. Well, do laugh, it’s a silly name. But then stop laughing. Because, name aside, the Jumbuck is not a pick-up to laugh at. Yes, Protons are usually rubbish, but the Jumbuck wasn’t. It might have only been a small, front-wheel drive truck, but thanks to being largely Mitsubishi underneath it was as tough as old boots. It was comfy, it was reliable, it wasn’t too hard on the eyes and it was okay to drive. And best of all, it was cheap. For those who could look past the badge, they were rewarded with a great little truck. If you buy one, we promise you’ll love it. Also, do a Google search for modified Jumbucks. Thank us later. 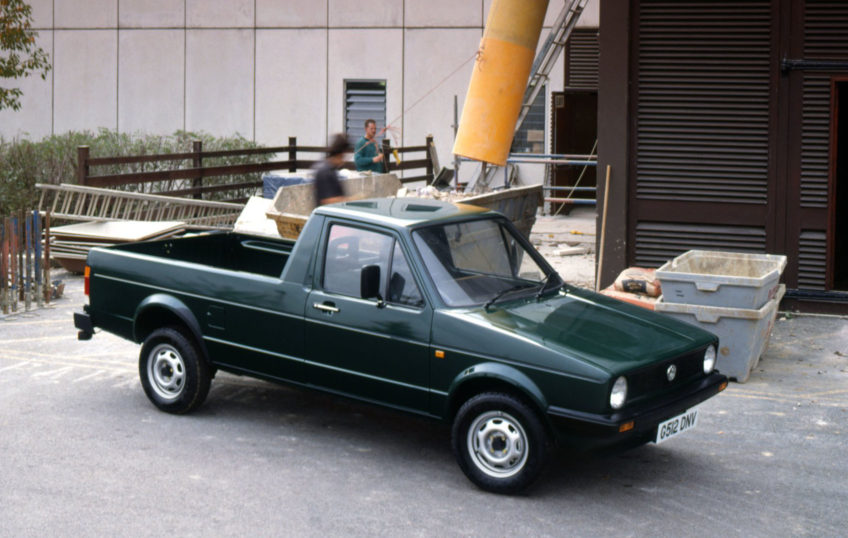 Are you cool? Do you wear trainers so white you need to wear sunglasses with brightly-coloured frames before you can look at them? Do you put your Instagram name in your side window like a loser? Do you wear a baseball cap that still has the chrome sticker on the peak? If you’re nodding along, you need a Volkswagen Caddy. Not the heinous Polo/van thing. No, the Mk1 Golf version. A sub-two grand one will be battered, make no mistake. But it doesn’t matter. The aftermarket is alive for this popular truck, so panels and parts are a doddle. Bin the diesel engine off and fit a GTi lump, or a 20V turbo, slam it, fit banded steels and then airbrush some sort of ‘speed shop’ logo on the doors with a crossed con-rod graphic. Done. 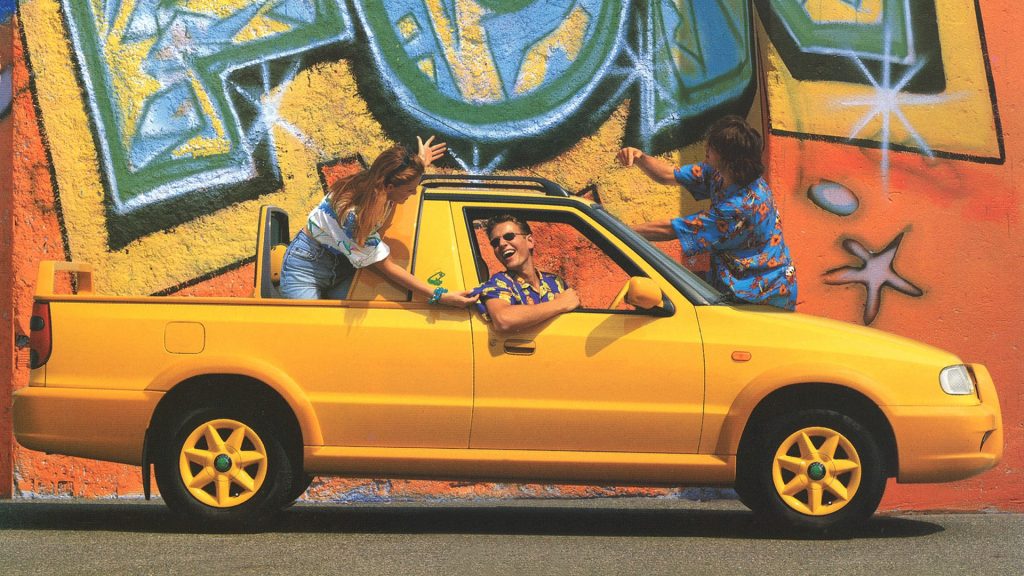 The Skoda Fun of the 1990s was the bright yellow answer to a question nobody has ever asked. But man alive, are we glad Skoda built it. The Fun was just a later Caddy, but yellow. And with a yellow steering wheel. And yellow wheels. And a yellow body kit. And a yellow spoiler. It was more yellow than an overweight Pikachu. It also had a bulkhead (the bit that separates the stuff you’re taking to the tip from the occupants) that slid back, and in doing so, produced two small seats that enjoyed the open air. It was utterly bonkers, but it was also brilliant. it was carefree, happy and bright. And we like that. They’re rare now, but if you see one, snap it up. 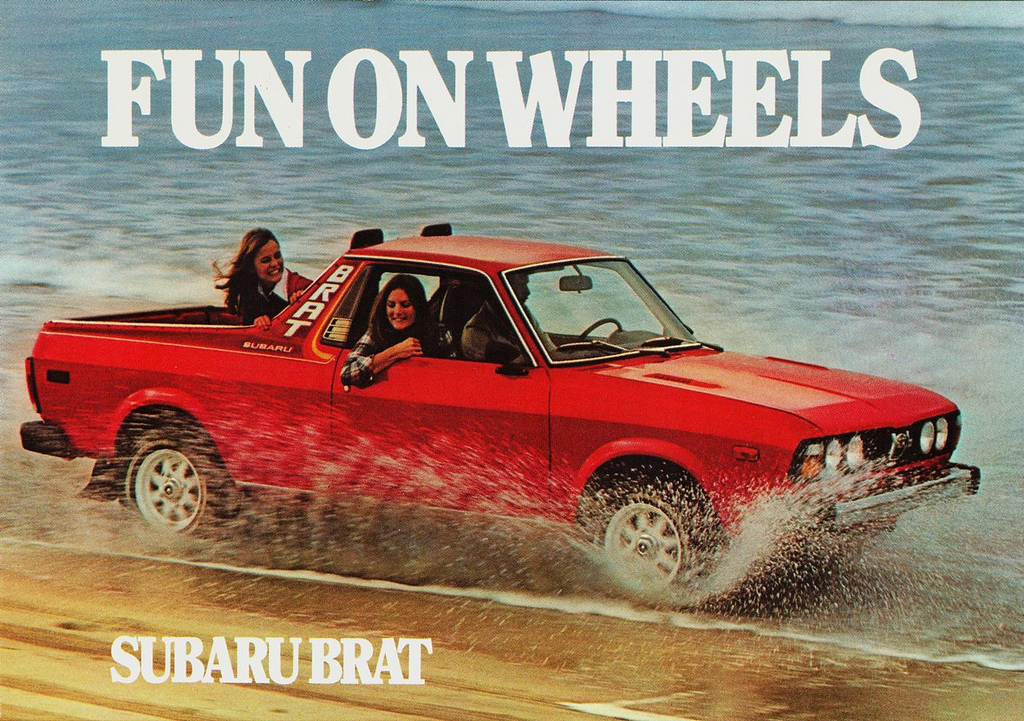 No, it’s not a petulant child. The Subaru Brat is an acronym. It’s short for “Bi-drive Recreational All-terrain Transporter”. And no, we don’t know what that means either. What we do know is that the Brat is cool, thanks to its sweeping, El Camino-esque B-pillars. It sounds like a happy sewing machine thanks to a flat-four engine, and due to being old, it’s also a bona fide classic these days. If you can find one that hasn’t dissolved, that is. And given the Brat was all-wheel drive, it would often find itself buzzing about in the wet stuff, which would in turn promote the rust. A shame, really. if you do find one though, you will fall in love with it. The engine is charming, the all-wheel drive system makes it great with a set of winter tyres, and it’s not a bad-looking thing either. Your two grand is going to get you a rough one, make no mistake. But you should take it on. There is a thriving scene for them, and when you get bored, you can drop a turbocharged Impreza in there. STUSTUSTUSTU-PSSSHHHHT, etc.

If you want some pick-up-based inspiration, or you want to know more about owning and modifying a pick-up, head on over to Mechanic Guides and lose yourself in a world of information.