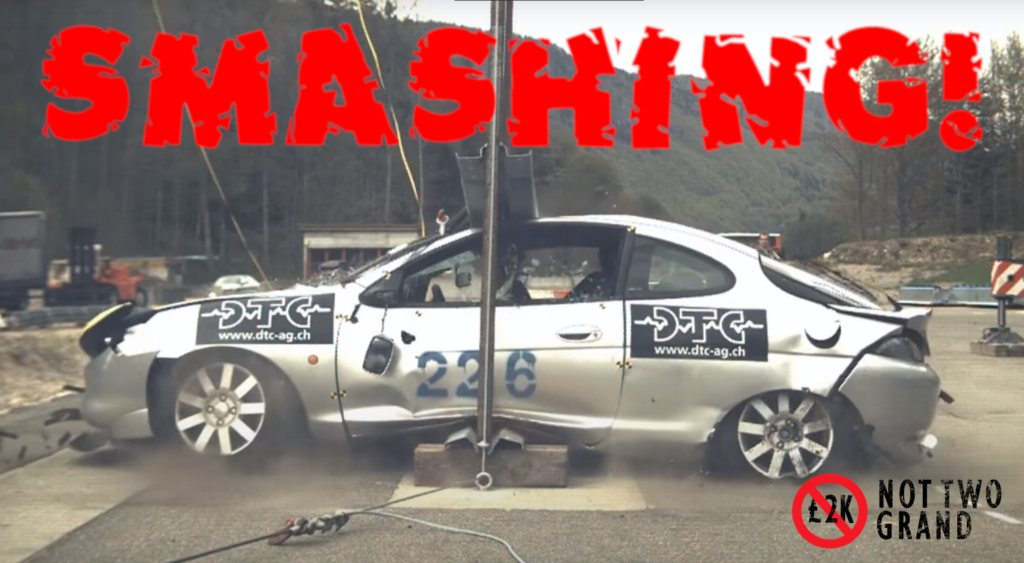 For as long as there has been the car, there has been the car crash. If you put a fleshy bag of bones in charge of a machine and multiply that by thousands, some of them are going to crash into each other. Or trees. Or cows. Or other stuff. The car crash is part of the car, like it or not. Though despite this obvious logic, early cars were built with little to no safety. Seatbelts? Forget about it. Airbags? Nah mate. It was only after a few decades of people impaling themselves on steering columns that manufacturers and various third-party organisations decided to get involved and make cars a bit safer. Ever since then, we have come a long, long way. Safety is what sells cars these days, because as the human has evolved, so has our desire to not die every time we turn the ignition.

This focus on safety has given us many tasty crash test videos. Many of which come from EuroNCAP. Here, sensible Belgians in white coats throw new cars at a wall and then give them a score, like some sort of destructive talent show. The winner is the car from which the crash test dummy can be extracted without the aid of a sponge. It’s very scientific. It’s very clever. Not one Belgian in sensible shoes has ever gone “BOOM, BITCH!” when a zero-mile Vauxhall Astra was shot into a wall. Sensible science, you see. 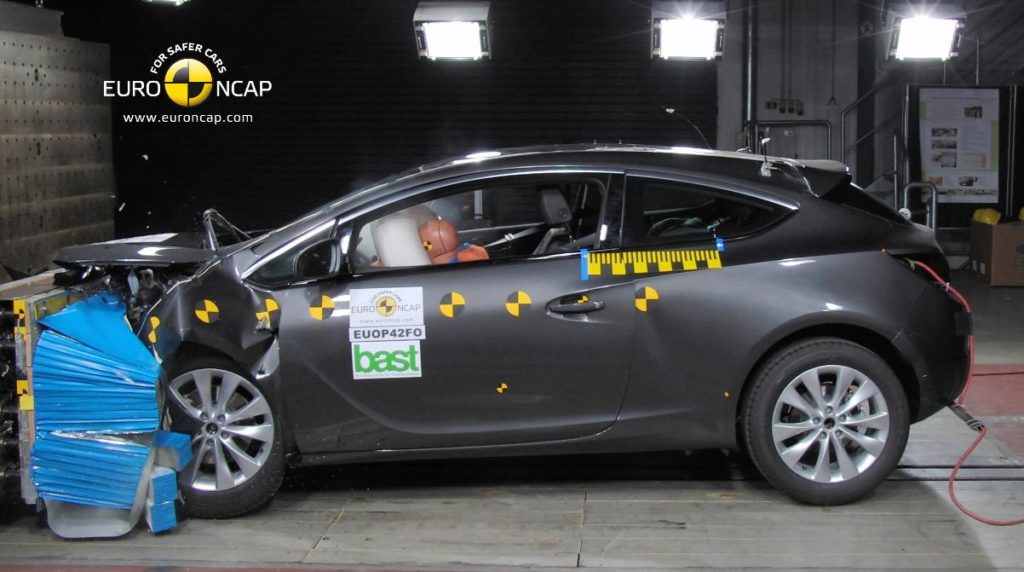 And then there is the DTC, or Dynamic Test Centre. This Swiss organisation has been in operation for some twenty-five years, and like EuroNCAP it does so for reasons of safety and science. In fact, it goes one step further than EuroNCAP, by providing accident and crash scenario data by recreating documented accidents. It’s all very clever.

But then there is the other side of DTC. The Friday afternoon tests. The crashes we are 90% confident they carry out simply to amuse themselves. Someone at the DTC has definitely shouted “BOOM, BITCH!” when a Vauxhall Astra was shot into a wall. Whilst on the back of a recovery truck. We doubt anyone there has sensible shoes. 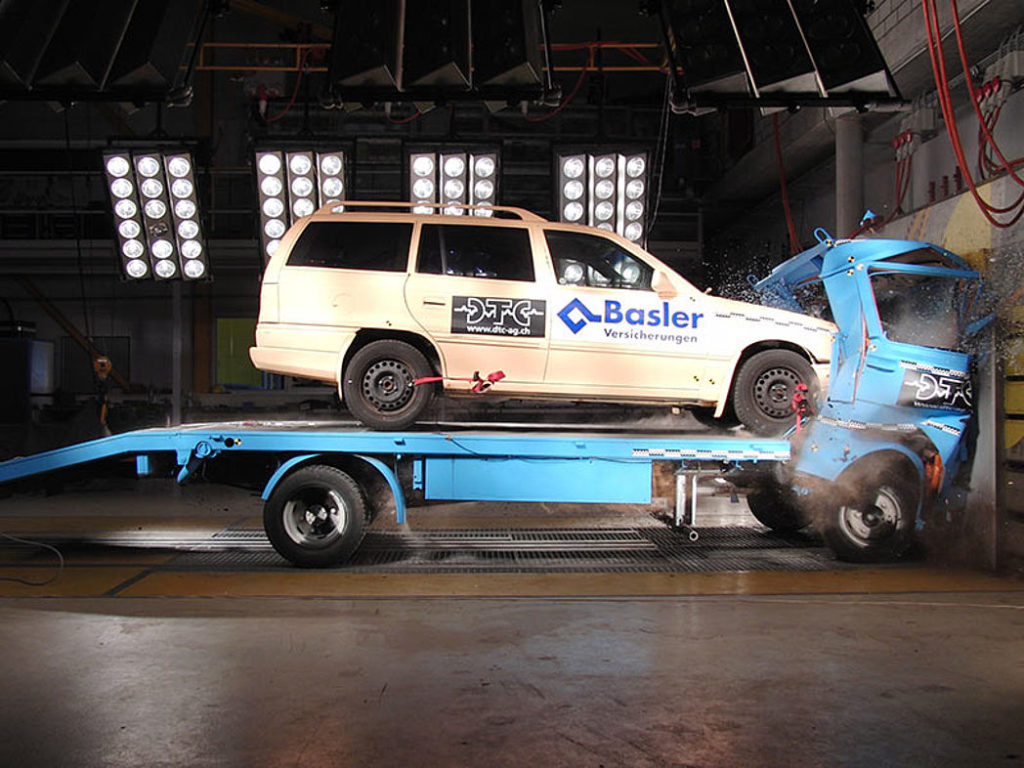 You should check out the DTC YouTube channel to see all the tests, some of which are for science. White coats and all. A lot, though, are just crashing for the sake of crashing. We’ve chosen five our favourites for your viewing pleasure…

We like a Ford Puma here at Not £2 Grand. The Swiss, however, are apparently indifferent to Ford’s plucky baby coupe. As such, they dropped one from a height of 15.2 meters. You know, so you have an idea of what will happen if you drive your Puma off, say, a building. A very real possibility, um, right?

There is zero science here. The DTC had a hill, an Astra and a camera. That’s all there is to it. Nobody in the real world would be able to get a clattery old Mk3 Astra estate to do 75mph, let alone 125mph. This is crashing for the sake of crashing. And we love it. Though we wouldn’t love it if we were in it. Mainly because the headlights would be in our colon.

While we wait for Red Bull’s lawyers to call, we’ll watch this clip with amazement. Have you ever wondered what would happen if you shot a Nissan 100NX at another 100NX, over a jump, at an incredibly high speed? WELL, WONDER NO MORE.

Okay, we’ll concede. There is probably some science at play here. The dangers of not being in a proper seat in a camper van or something. Doesn’t matter, because the science gets ignored as you watch what has to be one of the hardest working dummies in the industry get spat out of the top window like a teenager’s Hubba Bubba.