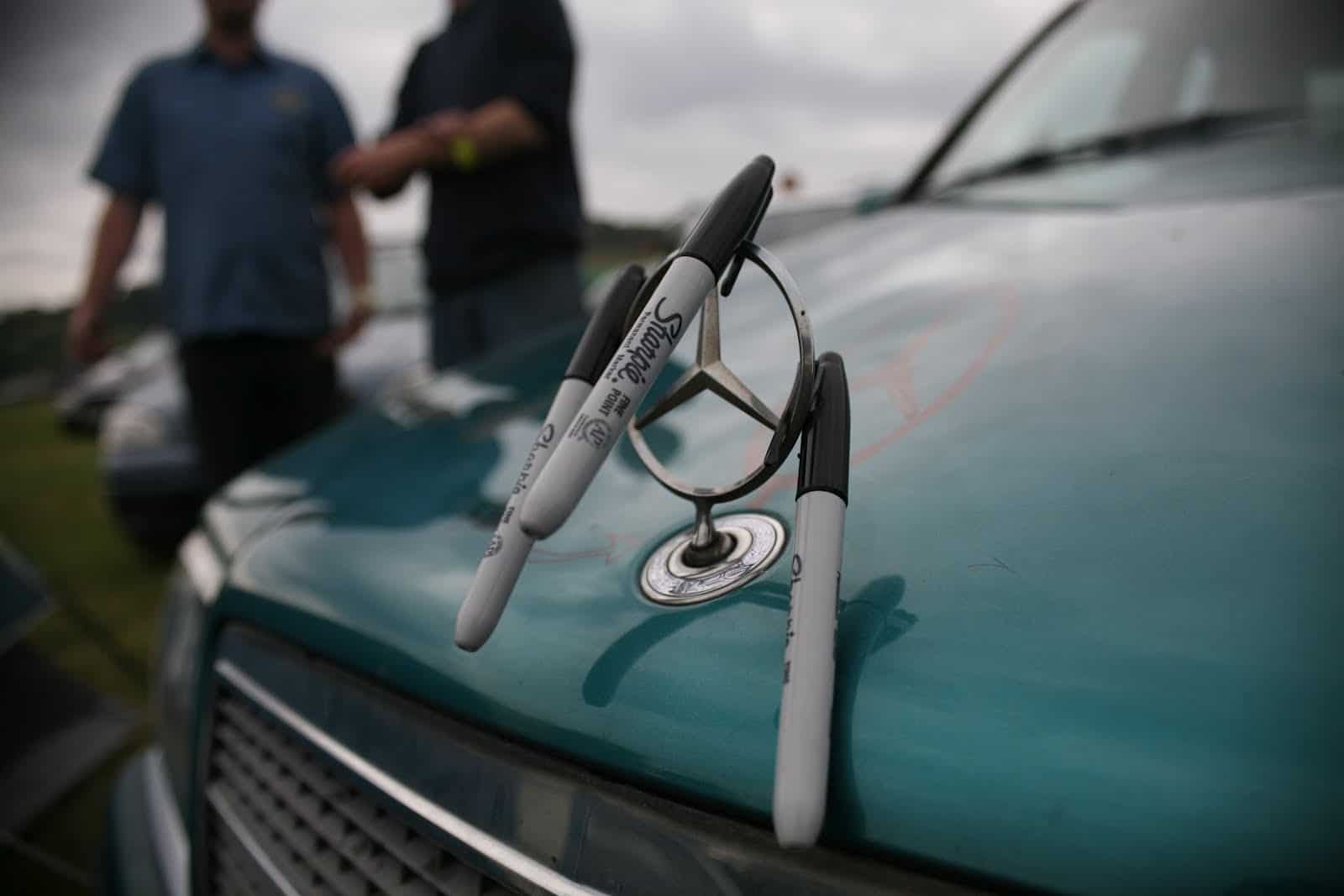 It started off well. Sort of. I had a W126 S-Class, which decided to eat its own gearbox and then promptly vomit it back out. It was very dead. I needed a car. I needed a car URGENTLY. Calls were made and the internet was scoured with a keen eye. Nothing turned up. Just as I was giving up hope, however, A WILD MERCEDES APPEARED. What’s more, it looked good…

Green, would you believe, is a lucky colour. Unless you’re me.

It got better, too. Not only was this car ready and waiting, it was also bloody cheap. For just £500 this vision of German, urm, green-ness could be mine. It had a load of MOT, plenty of tax, a musky ‘old man’ odour flooding through its innards and one of those keys that flip out of the key-ring. IT HAD IT ALL! And, amazingly for a Mercedes of this vintage, it had no rust, just one owner and the dash displayed a verifiable (full history, y’see) 27,000 miles!

Come on, that has to be good, right? RIGHT?

The thing is, however, I wasn’t really in the market for a car at the time. Yes, I needed one. But only thanks to the previous Mercedes’ spectacular failure. As such, my pockets were empty save for a few coins.

Normally the story would end there, and frankly, it should have done with the benefit of hindsight. But it didn’t. Instead, a mate (one of the staffers on Top Gear magazine) loaned me the dosh to buy it. So I did. because I’m a god damn moron.

Happy as a clam, I exchanged money for keys and set about enjoying my *cough* new Mercedes. I enjoyed it for roughly three days, then this happened…

That there is the ABS light, but it wasn’t telling me the ABS was borked. Oh no. It was telling me the car was in ‘limp mode’. It sounds comical. It wasn’t. What ‘limp mode’ is, is a function whereby should the drive-line components of the car throw a wobbly, the ABS light will come on and the car won’t go any faster than 15 MPH. Annoying.

Even more annoying for me, as my ‘limp’ Mercedes liked to engage this feature every time I stopped. Driving without stopping is fun, but it does tend to attract police attention. Not wishing to end up on World’s Wildest Police Crash Horror Been Framed shows, I did a lot of this in a bid to find the problem…

…to no avail. Sometimes the car said it had fault codes. We’d clear them, and then the green git would lull me into a false sense of security and then, just as I had settled once again into the beige trim, ‘ping’ would go the ABS light, resulting in me sitting in a lot of fields and hard shoulders waiting for it to sort itself out.

OH YES, IT FIXED ITSELF. When it could be bothered to. Sometimes simply turning off the ignition for a second would cure the issue. Other times I’d have to sit on the side of the A38 for 17 weeks. Either way, it’d break again and again every time it came to a stop. Many a garage looked at it, but none could fix it. It was truly possessed. But what else would you expect from a Pollitt purchase?

Not to be deterred, I took it to a car show. I then just ended up doing this again. A lot. Because it had broken. AGAIN. But once I got there, I had beer. So I didn’t care.

…which was fine until someone drew a ‘Police Aware’ sign on the driver’s door. Still, at least I didn’t break down on the M5 on my way home. Next to two Police cars attending a fender-bender. Oh wait, I did. That was a fun conversation.

I got home and sold it via a forum for about £3.22. I was glad to see the back of it. It was going to become a track car (with a manual gearbox, thankfully) due to the enginre being so fresh and the car, on the whole. being rust free.

Since I sold it, it’s been stripped out, bastardised and left in a barn until its turn arrives. Crucially though, NOT PISSING ONCE HAS THAT ABS LIGHT COME ON DURING THE NEW OWNER’S TENURE. Hateful car.

Still, you live and learn. Or not in my case. Next on The Failures will be my 1997 Escort track car. One Escort, two Mondeos, three engines and not one wheel ever hitting a bloody track. Stay tuned.