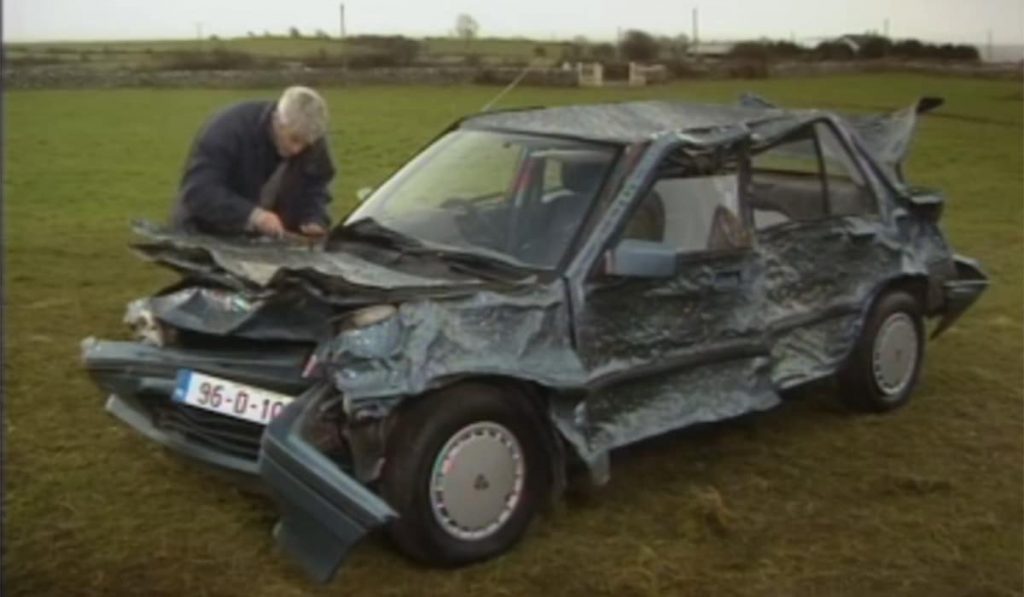 We’re not even going to make you wait for the answer here. It’s utter bollocks. It doesn’t work, not even slightly. And frankly, that’s somewhat surprising.

Amazon is awash with dent-removal kits, and they promise you’ll be able to become a paintless dent-removal technician on your own driveway. And in theory, it looks possible. There’s a clever tool to pull the dent out, there’s a glue gun, some glue and a selection of plastic tabs that fit into the pulling tool. It’s all there. It should work. But it doesn’t.

We’ll admit, when we bought this kit we couldn’t help but get the impression that it would be a bit rubbish. If it worked, the good people at Dent Wizard or whatever they’re called would have gone out of business. If fixing a ding or dent was this simple, we’d surely all be doing it, right?

Well, we had to find out. So we bought a kit and then set to removing this annoying ding from the side of our Rover 800. In terms of the kind of dent this kit should be able to fix, this is perfect. The paint isn’t broken, the dent is ‘soft’ in that it has no hard edges. It’s on a flat plane of metal. This is exactly the sort of ding this kit should make light work of. Or, you know, not.

Dent identified, we cleaned it with some alcohol-based cleaner so as to ensure the surface was contaminate-free, giving the glue no excuse not to bond to it. Not only that, we also hit the dent with the heat gun so as to warm the metal up. There was no way the hot glue would adhere to cold steel, so we thought this would at least give it a fighting chance of sticking properly.

You whack a glob of glue on the dent, then you plunge the plastic pulling tab into it, and then leave it to set. It doesn’t take long, just a minute or three. Simple stuff so far.

Once that’s done, you fit the pulling tool over the plastic tab, adjust it up so it’s tight and then gently squeeze the handle. The theory is the glue and tab grab the dent, and then as you pull, the dent is ‘lifted’, resulting in a smooth panel. IN THEORY.

In practise, the glue and the tab pop away from the panel. Every. Single. Time. The dent simply shrugs and stays where it is, the belligerent little bastard. It simply doesn’t work. The theory is solid, but the reality is a little off the mark.

Now there are considerations to make. The the metal in which the dent resides could be of a heavy gauge. But given this is a Rover, we doubt that’s the case. It might be that the glue is to blame. It didn’t strike us as being anything fancy, it was just glue. So perhaps this kit has hoodwinked us by being equipped with glue that is better suited to a secondary school design technology lesson rather than a garage?

Whatever the weakness may be, the fact remains that kits like this are utter bollocks. Unless you’re trying to remove a dent from Bacofoil, or toast, or something else soft, like a kitten.