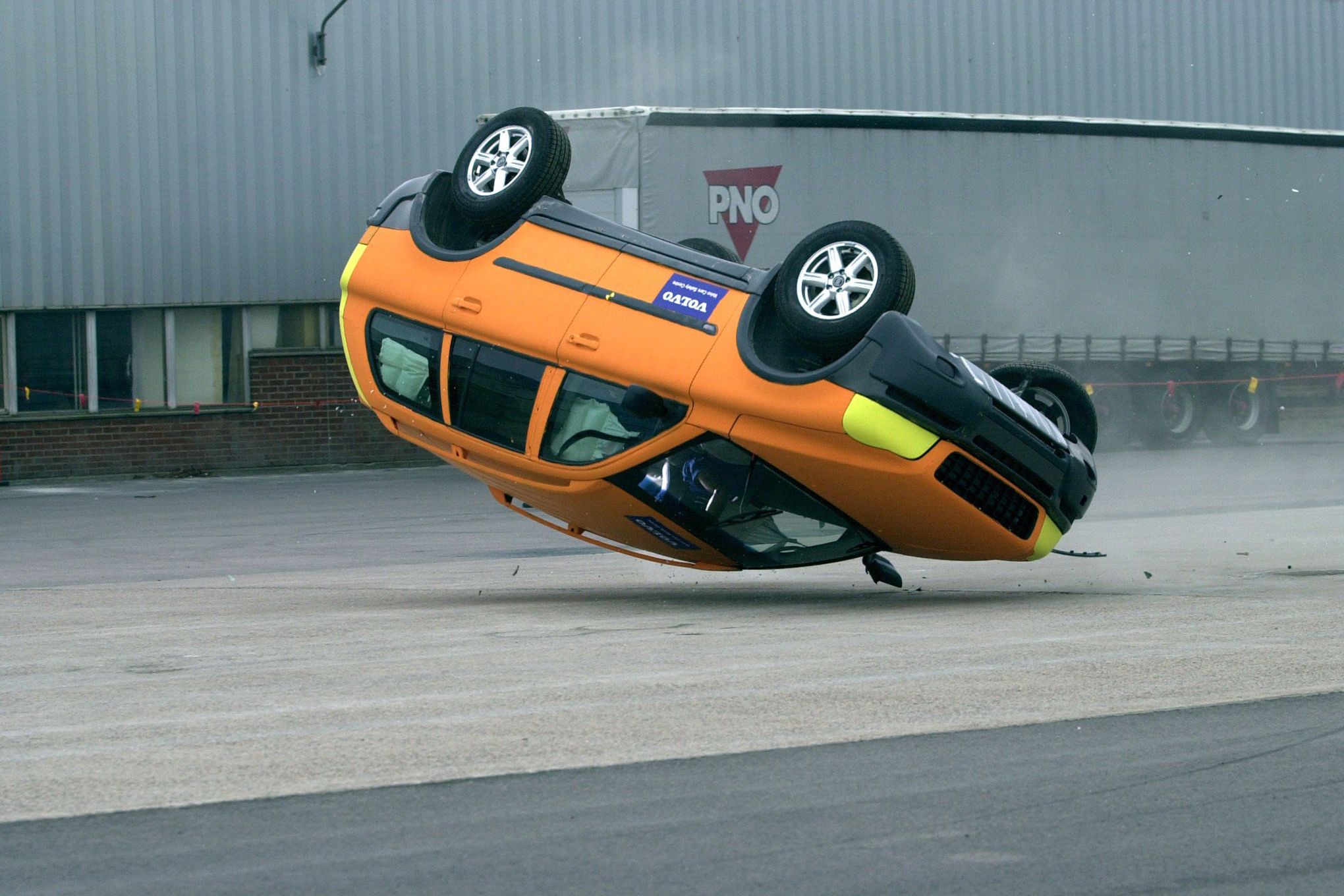 The last time we dipped our toe into Swedish waters we were looking at the V70 and the C30. This time though, we’re supersizing at no extra cost. This is the Volvo XC90, and it’s rather lovely. You should buy one. Or not, we’re not the boss of you.

If you have had more children than is entirely necessary, you probably don’t have much in the way of a budget for a new car. You’ll be too busy missing your single days, or lamenting the fact the sex that got you those kids wasn’t even that great. Still, you’re going to need to transport them from place to place, and you’ll want to do it with a degree of safety. With all that in mind, the XC90 is for you.

Released in 2002, the XC90 borrowed the S80 platform. If you’re not overly familiar with the S80, don’t worry, Volvo sold about three of them in the UK. It’s a damn fine platform though, offering a silky-smooth ride and lots of space for whatever body may have been draped over it. The XC90 being a case in point.

It was Volvo’s first dabble with a 4×4/SUV and it wanted to get it right. It also wanted it to have more usability than other cars in the SUV sector. So for a start, Volvo offered the XC90 with seven seats as standard. So you can get your many, many children in it. Practical.

Those seven seats were surrounded by and upholstered in leather, which both looks nice and is easy to wipe child snot off of. Plus, it shows the premium position Volvo was keen to rule. In fact, the whole cabin of the XC90 was dripping with a luxury feel. Decent-quality plastics, a wealth of features and astonishing build quality really made the XC90 feel special.

Okay, so the folding rear seats weren’t the comfiest, and the dash had more buttons than Sergeant Pepper, but on the whole, it was pretty damn nice. And because it’s a Volvo, those values ramain true now. A 2003 XC90, for example, will still feel solid and well-built, a lovely trait for an old car to posses, we’re sure you’ll agree?

Engine-wise, you’re almost certainly going to be looking at the 2.4 five-cylinder turbo diesel engine with 163bhp. Available with either a six-speed manual or an automatic transmission, it was the best engine for the early XC90 by far. Frugal (for its size) and with plenty of torquey punch, it shuffled the XC90 along with ease. Almost with pep if it wasn’t full of children. Furthermore, it was and still is pretty bulletproof, providing it’s properly maintained of course.

If you’re not what people would call sane, there was also a 4.4 V8 petrol version built by Yamaha of all companies. It had 315bhp and used more fuel than the space shuttle. It made a nice noise though, so there’s that. But seriously, just buy the diesel. It’s your best bet.

So the XC90 was well-built, it was rather luxurious and it looked good parked next to your igloo. Brilliant stuff, but we’re not done yet. No, we have to address the issue of safety. That is, after all, why most people find themselves looking at a Volvo.

The XC90 is, by today’s standards, pretty good. And that’s impressive for a car built in 2002. Not many cars can make such a claim. As you can imagine, back when we were still getting over the millennium bug hype, the XC90 was a safety powerhouse. The SUV class was a tough one to make safe, but Volvo did it. A clever body-shell, twin airbags front and side along with full-length curtain airbags protected occupants. Anti-whiplash protection saved necks, while Volvo’s SIPS (side impact protection system) projected them from, um, the sides.

EuroNCAP slammed it into a wall and awarded it the full five stars by way of apology for wrecking its face. But that was a sure thing, what with Volvo having its own cutting-edge crash-testing facility. They’d already smashed it to bits many times before EuroNCAP came to play.

So there you have it, the Volvo XC90. It’s a reliable, safe, practical car that’s suitable for all your family duties. Not only that, it’s a premium bit of kit that you’ll feel satisfied with. You might not have a lot of money to spend on a car, but that doesn’t mean you can’t get a lot of car for the money you do have. It’s the Not2Grand way after all.