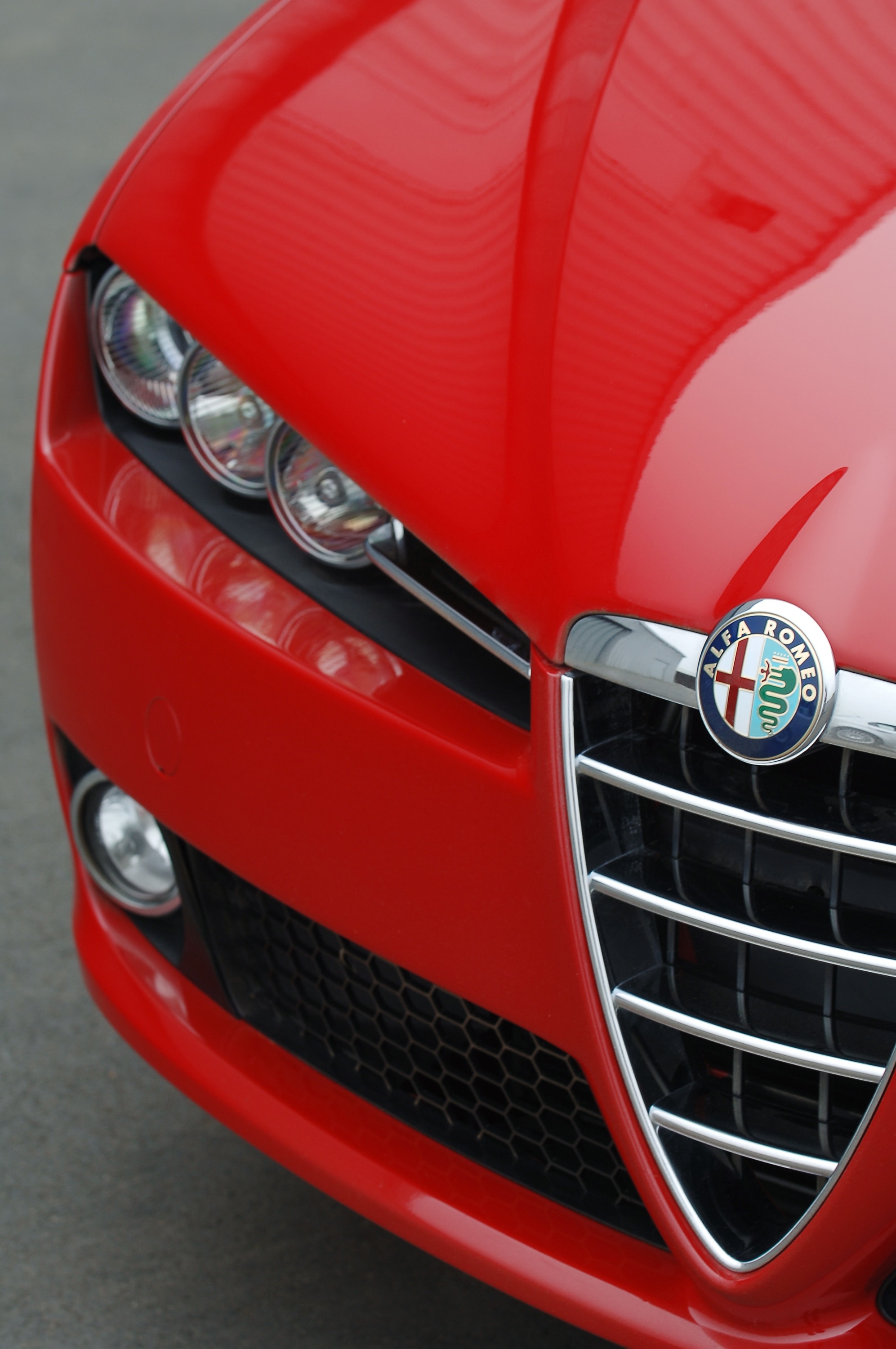 When you’ve got a face as unappealing as ours, you learn to see things for their inner beauty. Or at least that’s what our mum told us when we were growing up. Today though, we’re going to be as superficial as we were when we were in year seven and had a crush on Claire Dixon. And we feel vindicated in doing so, because, well, just look at the Alfa Romeo 159. It that a stunning car or what? It’s even better-looking than Miss Dixon. Just.

Yes, it’s poor form to judge something solely on how it looks, but come on, can you blame us? Alfa knows how to knock out a handsome car and the 159 is no exception. When you consider that car went up against the Mondeo, the 3-Series and the Insignia, it becomes even more appealing to the eye. Those triple headlights, the lines of that beautifully sculpted body, the stylish yet well-thought-out interior. It’s the full package.

Well, visually it is. But is the 159 style over substance, or does it fall into the same reliability turmoil as the cars before it? That’s the big question. After all, it makes no difference how good it looks if it’s stuck on your driveway with the camshaft hanging out.

On paper, the 159 looks like a sound proposition. Available with a range of petrol and diesel engines, there was something for everyone. There was even a QTRONIC automatic with paddle shift, though the six-speed manual transmission is the most common.

Going back to the engine choices, you could have a 1.8 petrol or a 1.9 petrol, though the latter was quickly removed from the lineup, so might be best to avoid that. The engines that really shone were the diesels. You had the choice of the 150bhp four-cylinder 1.9 or the five-cylinder 2.4JTDM with an impressive 200bhp. Or if you find one that’s post 2007, 210bhp. That’s 7.8s to 60mph. Not bad for a big old saloon car.

Smack bang in the middle was the 2.0JTDM four-cylinder with 170bhp. A second slower to 60, it was much kinder on the drink. We can lose a second in the name of economy.

As you can see, it’s just as nice on the inside. Okay, so the plastics used aren’t exactly what you would call premium, but they’re passable. The layout is unimaginative, but functional but it’s also set in such a stylish and beautiful way, you won’t mind. One nice element is the high transmission tunnel and driver-angled dash. It makes you feel at the heart of the driving experience. And that’s another area where the 159 shines.

On the road the 159 is, quite simply, wonderful. The boffins in Italy have somehow managed to get the balance between sportiness and comfort just right. Not only via the suspension, but also through the beautifully weighted steering. So if you’re late to collect your takeaway on a Friday night, the 159 will be a hoot. But when it’s full of your children on Saturday morning, it’ll be smooth and well-behaved. That’s good.

Oh, and if you ever find yourself pursuing James Bond down a mountain pass and through a quarry, the 159 will have your back. Until you inevitably crash of course. Don’t do that. It’ll hurt. Just leave James to his own devices.

The 159 is front-wheel drive, which is conventional, but fine. It suits the car. Alfa did make a four-wheel drive version for the V6 and 2.4JTDM models, but they’re not in budget yet. Sorry about that. Buy hey, you learned something, right?

So what about the elephant in the room? You know, reliability? We’re pleased to say that in the case of the 159, it all seems average. Yes, there are a few forum posts filled with bad grammar and rage, but you get that with any car. The 159 has no major failings that have been experienced by the masses. So that’s good. What’s not good, however, are the recalls it was subjected to. If you go and look at one, MAKE SURE THESE HAVE BEEN CARRIED OUT. Seriously. They’re kind of important:

Hm, yeah, those are important things. Well, apart from the roof rails one. So do make sure these have been carried out otherwise you’ll end up like the henchmen from James Bond. At the bottom of a cliff, with a rock where you face should be.

If you do drive into a cliff, you may be okay. The Alfa 159 was awarded the full five stars from bent metal fetishists EuroNCAP. It’s not just tough in the metal, it also has seven airbags as standard and two Isofix mounting points in the rear for your children. Never someone else’s children though. That’s how you end up on a list.

As for downsides (other than those minor recalls) the big one is that it’s only available as a saloon, which is going to limit what you can buy at Homebase. It can swallow 405 litres, but even then, that’s a full 45 less than a BMW 3-Series. We would say buy an estate, but it’s not within budget yet, so we can’t (but do, because it’s great. Shh, you didn’t hear that from us).

So there you have the Alfa Romeo 159 in all its glory. We absolutely adore it, and we’re infinitely grateful that Alfa gave us the 159, even if it was only for a mere five years (2006 – 2011). But hey, better to have loved and lost than to have never loved at all, right? Not that we ever got that far with Claire Dixon. Sigh.

Anyway, if you want a car with style and raw driver appeal, the Alfa Romeo 159 is the one for you. For the best part, it seems to have sidestepped the reliability issues associated with Alfas, so it should be a fine automobile. Just let us borrow it for a weekend if you do get one, okay?