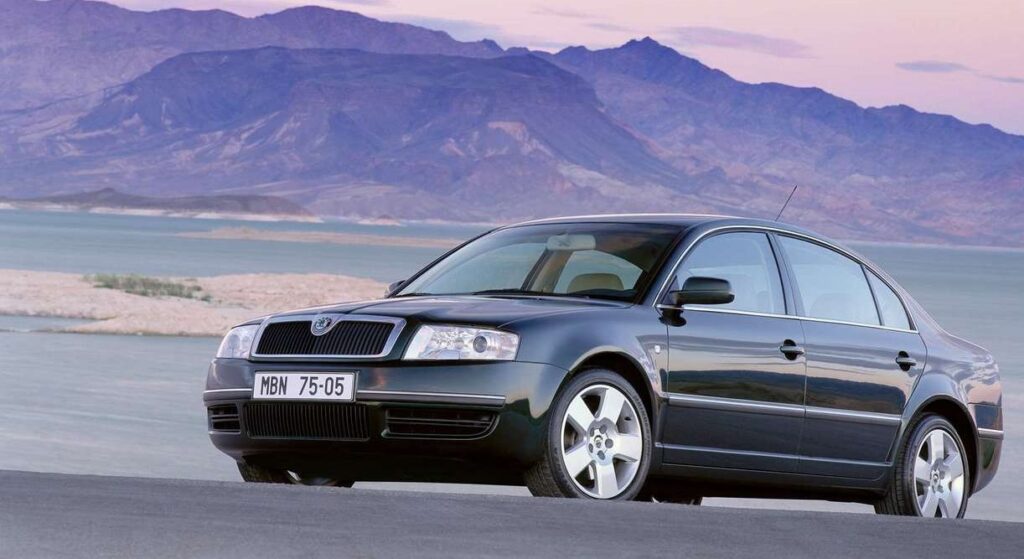 The Skoda Superb is… quite good, actually. What? Did you think we were going to say it was superb? That would be a bit heavy-handed. Though thinking about it, it would indeed be true. Yeah, go on, we’ll let you have it. The Skoda Superb is superb. However, superb though it may well have been, it was a car that left many people confused when it rolled into Skoda dealerships in the early 2000s. You have to remember that at this time we were still get our heads around cars like the Fabia and Octavia. Cars that were really, really good. But cars that carried ‘that’ badge. And we’re not trying to be deliberately provocative here. Today, Skoda is a brand that overlaps significantly into the premium. Skoda is a high-end marque. Aspirational almost. But back then, it wasn’t. It was a brand trying to find a new, improved identity. It was a brand that we, as a buying public, needed to learn how to love. Not mock. 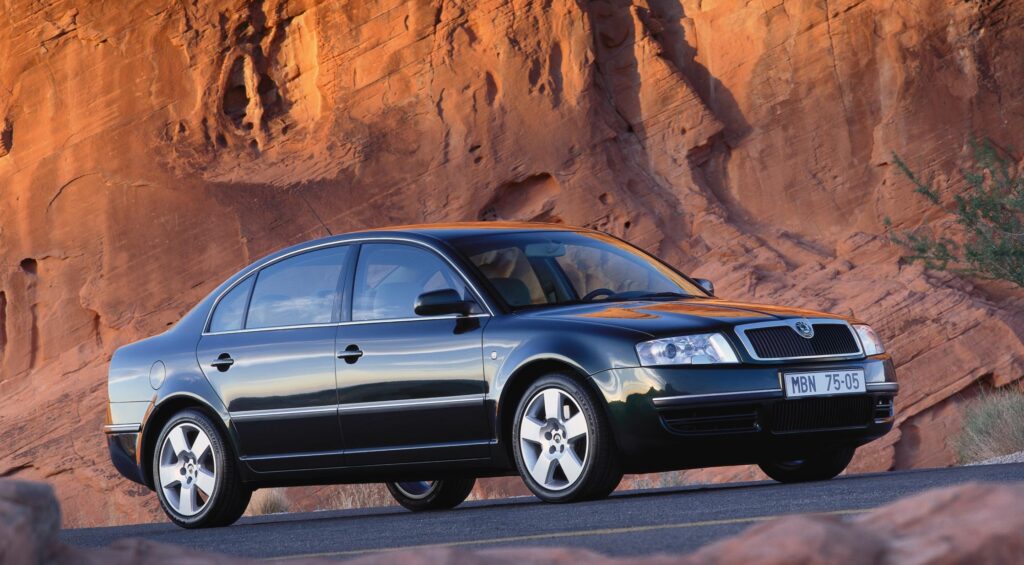 The mocking of Skoda has always, in our mind at least, been a little unfair. It was mocking because we didn’t understand it. But as is so often the case, people found their mockery unjust when they actually experienced the cars first hand. And we’re not talking about the VW generation cars. No, the Estelle, the Favorit, they were good cars. And we’d know, as we had both. Brand new. But because they were Czech and because in the case of the Estelle, the engine was in the back, they were mocked. People are silly. But what’s all this got to do with the Superb?

Well, the Superb was a bold move for Skoda. As we said, at the time we were just coming around to the other cars in the new, VW era Skoda range. It was a glowing time for Skoda, as it didn’t take long for people to realise that with a Skoda, they were getting a Volkswagen but for a fraction of the cost. The Fabia was, in essence, a Polo. The Octavia was a Golf. And the Superb was no different, as underneath the skin, it was a Passat. You needn’t have the eyes of a hawk to see that. However, your eyes might be a bit confused, as the Superb drives through the Passat’s ‘uncanny valley’ a little too well. It looks like a Passat, but there’s something not quite right. It’s longer. By some 10cm, in fact. As such, the launch generation Superb had more legroom in the back than an S Class. No, really. 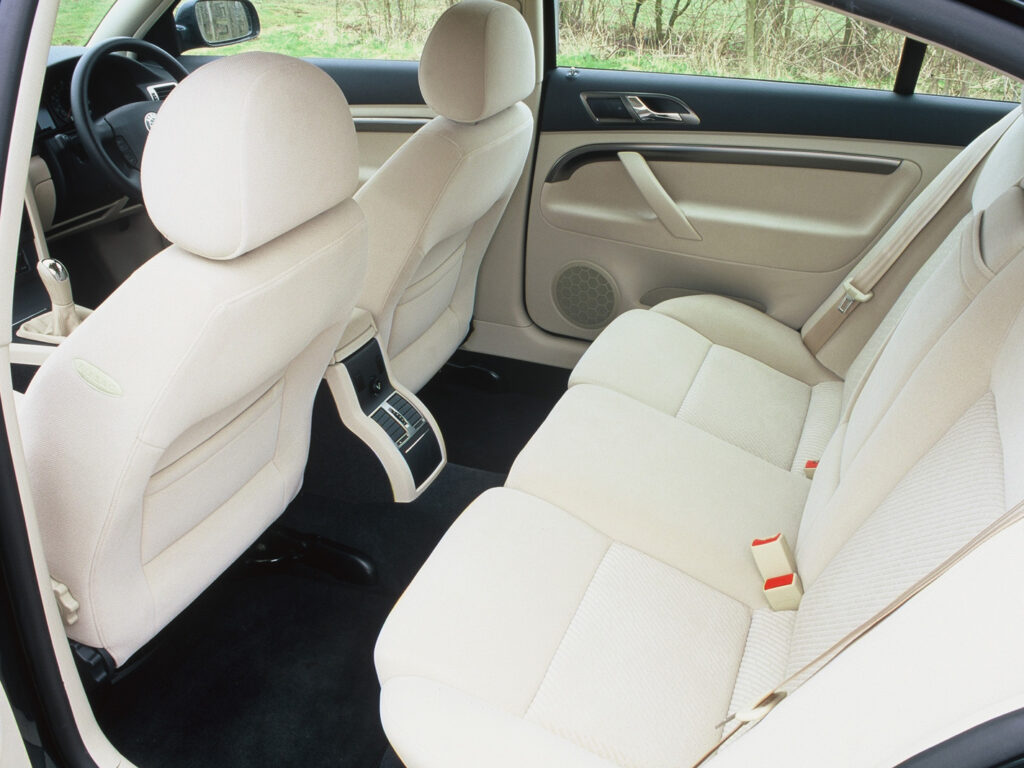 You see, the Superb wasn’t quite the bold move from Skoda that you might think it was. In reality, the longer Passat shell that was used to create the Superb has uses elsewhere, such as the Chinese market. A market where rear space is king, as cars are used to being driven about in – the owners don’t drive them themselves. That car would be the Passat Lingyu. Snazzy name. Anyway, this gave Skoda an opportunity to build a big, fancy car but with only a fraction of the development costs. Shanghai Volkswagen would foot most of the bill. This was good for Skoda, and it was good for the bean counters at Volkswagen HQ, as they knew they needed to replace the B5 Passat in China. This shared development worked for everyone.

Anyway, back to the Superb. It was basically a long Passat. That’s no bad thing, as the Passat was an excellent car. but Skoda didn’t want to just make a long version of something you could go and buy from a VW dealership, so instead they went all out on the luxury options. As such, the Superb was laden with factory-fit equipment like electric windows all round, heated mirrors, air-conditioning, remote central locking, CD player, front and side airbags and Isofix. Move up from ‘Classic’ trim and go for an ‘Elegance’ model and you got optional leather, optional sat-nav, climate, alloys, cruise, electric front seats and even a bloomin’ umbrella hidden in the rear doors. No, really… 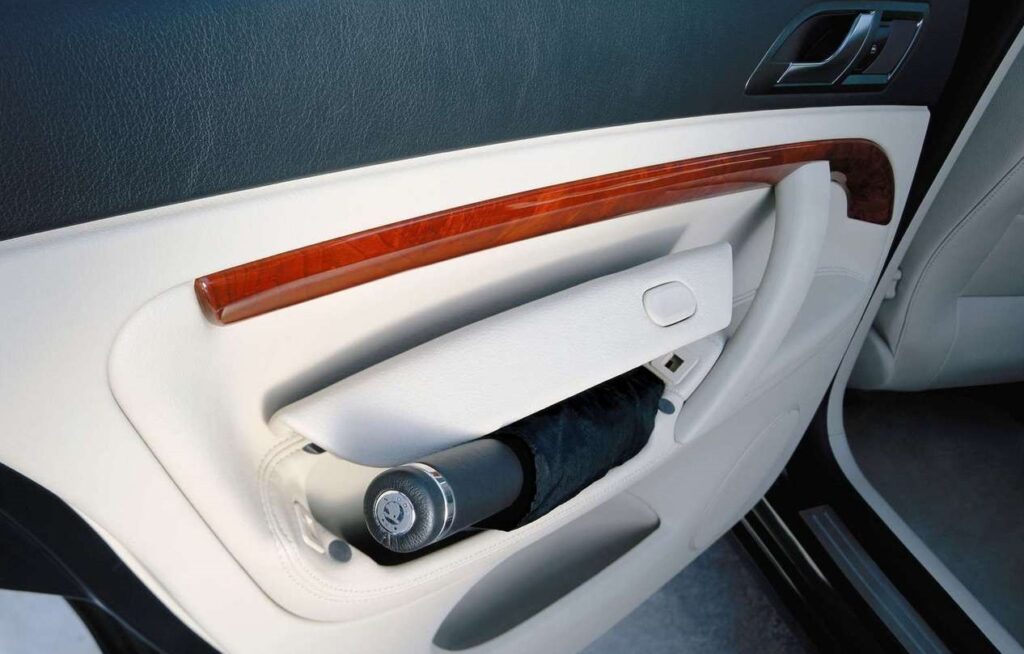 The Superb was a… sigh… superbly appointed car. A luxury Skoda. Sounds like an oxymoron, but it wasn’t. It was real. And the buying public and the motoring press loved it. The Fabia and Octavia had shown us the quality potential of Skoda, and the Superb showed how serious it was. The jokes stopped. The Superb was a tour de force of luxury and comfort. Okay, so with the fixed rear seats and the saloon-only design, it wasn’t the most practical if you needed to move a washing machine, but why would you use a luxury car for that? The boot was massive, so it was fine for traditional family duties.

And the Superb received more plaudits as it went on. It was a joy to drive for starters. Not dynamic, but on the motorway it was excellent – quiet and refined. The engine range, all direct from the VW shed were excellent, too. You had the 2.0 petrol, which was decent if a little slow. The 1.8 20V turbo with 150bhp gave the Superb an impressive turn of pace, while the 1.9PD diesel with 100, 105 or 130bhp was excellent. Though if you wanted more power still, you could have the 2.0TDi with 140bhp, or even the range-topping 2.5 V6 diesel with 160bhp and enough torque to jump-start a small planet. And of course, these were available with five or six-speed manual transmissions, or automatics. 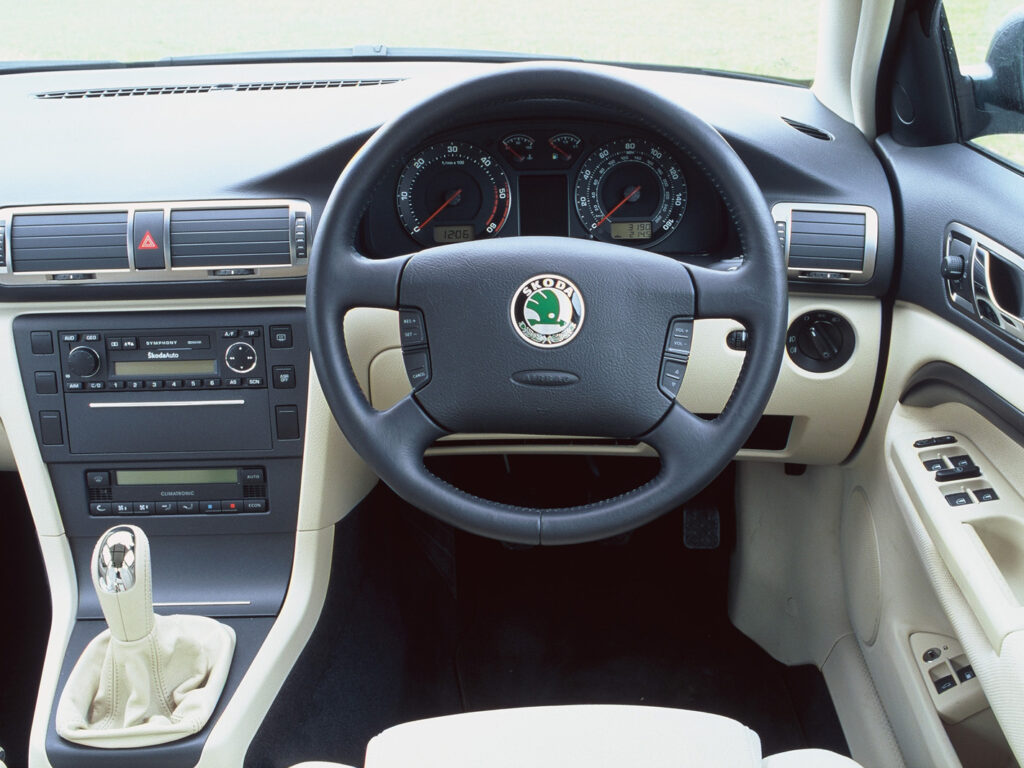 We’re focusing on the early cars here, as they’ll return the most bang for your buck. While you will get a 2.0 petrol, it’s probably best avoided as it’s not the most charming or exciting engine. A 1.9 diesel is a safe bet though, as they’re cheap to run and maintain, but have enough grunt to shove the heft of the Superb along. But for this money, you will be able to get a V6, and this is where our money would be. All the spec, all the toys, all the grunt. It’s just a great bit of kit. We found a silver 2006 Elegance with the 2.5, 92k, full history and sat nav for a hair under two bags. That is a LOT of car for the money.

And here’s the thing with the Superb. This wasn’t Skoda having a go, this was Skoda pushing the envelope as to what it could be. This car, which relied so heavily on the Passat, gave birth to a model that has no evolved into a Skoda product in its own right. The Superb is now and has always been the flagship model of the Skoda brand. And who doesn’t like the idea of driving a flagship car. A flagship car with Mercedes-Benz S Class amounts of space, but for, quite literally, Skoda money…