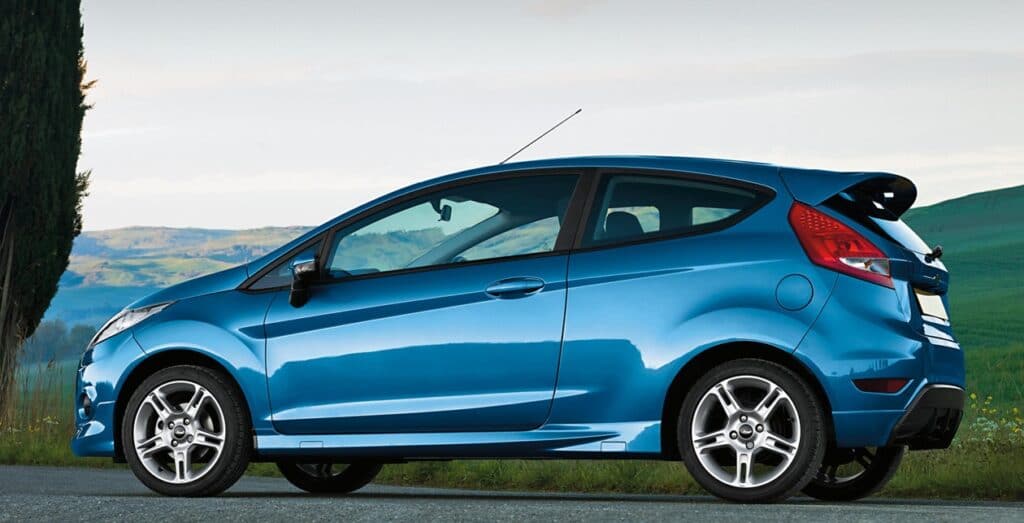 The Ford Fiesta has been a motoring mainstay since it rattled out of its bespoke Spanish factory in 1976. It soon cemented itself as a key model in Ford’s lineup, and thanks to ongoing great design, decent reliability, affordable prices and cheap running costs, it has remained as such ever since. In fact, the Fiesta has been the UK’s best selling car on more than one occasion. Ford knows how important it is, it knows how much we love the little hatchback and it knows that the Fiesta’s evolution is not something to be rushed or taken lightly. As such, every generation changes has been clear, direct and has set about to refine and improve the Fiesta. Good on Ford. Too many companies go utterly mad when launching a new car, and lose the essence of the original in the process. Not Ford though. Drive a 2020 Fiesta, and it still has the buzz and cheeky charm as it always has.

We’re not here to talk about the Fiesta model in general though. No, we’re here to zone in on a model that is often forgotten, when it really,  really shouldn’t be. And that model is the 2008 Fiesta Zetec S. Speak of the Fiesta and you will soon speak of performance. The XR2 fathered a line of feisty Fiestas that’s still going strong today. The ST sitting in dealerships as we type is a tour de force of hot hatchery. powerful, sharp and with near telepathic handling, it’s the undisputed big kid in the hot hatch playground. But what people forget is that when Ford launched the frankly exceptional seventh-generation Fiesta, we didn’t have an ST. What we had was this, the humble, but still sporty Zetec S. A car that has largely been forgotten, mainly because you can’t fit anti-lag or an AirTec intercooler. 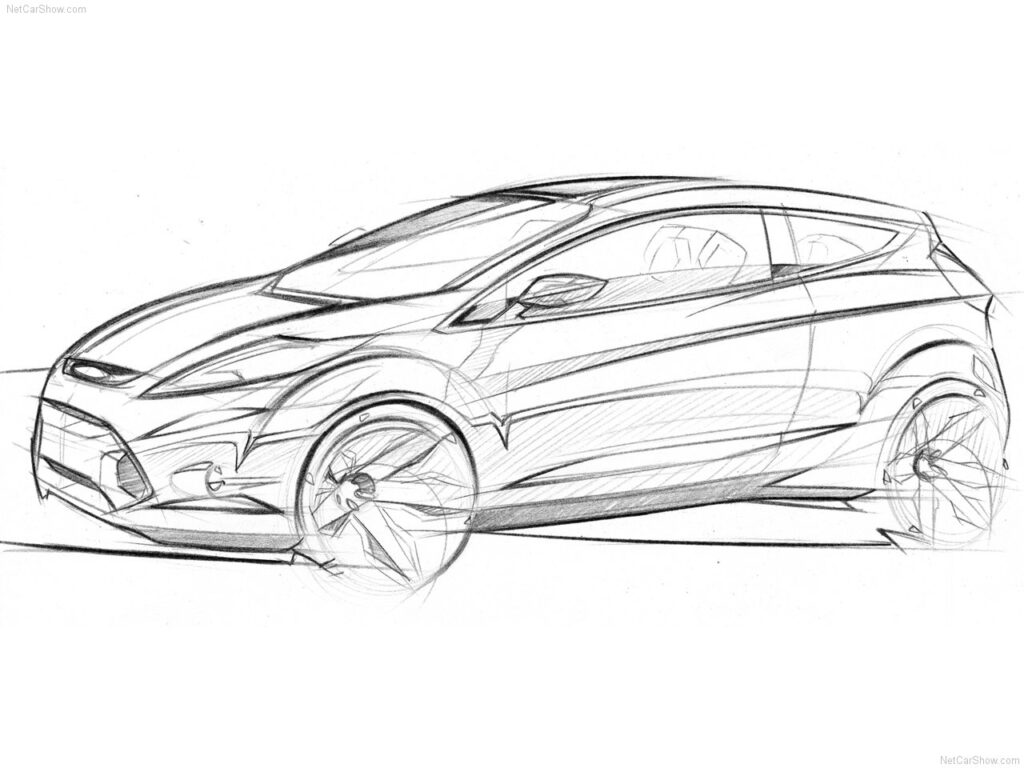 We were so, SO fixated on getting a new performance version of this generation that we completely missed the fact Ford gave us a… performance version. Which, actually, was Ford’s fault, because the performance version they did indeed give us, didn’t have much in the way of performance. In fact, it had a mere 118bhp from a naturally-aspirated 1.6 Zetec engine. And even in those distant, olden days of 2008, 118bhp wasn’t worth getting out of bed for. It’s still not. So why in the name of all things with internal combustion are we telling you to get one? Because it’s not about big power, it’s about using the power you have in the best way possible. And the Zetec S does that damn well.

Ford took a new, three-door Stefan Lamm designed Fiesta, gave it some model-specific alloys, a pretend rear diffuser and some minor body tweaks. Ford’s engineers then dropped the car 10mm lower. Then they added some weight to the power steering. And, erm, that was about it. But it was enough. The Fiesta on which the Zetec S was based was and still is excellent, so they didn’t need to go overboard. These tweaks, that modest engine and a five-speed manual transmission made for a most excellent coming together of efforts. The Fiesta Zetec S was an absolute riot. 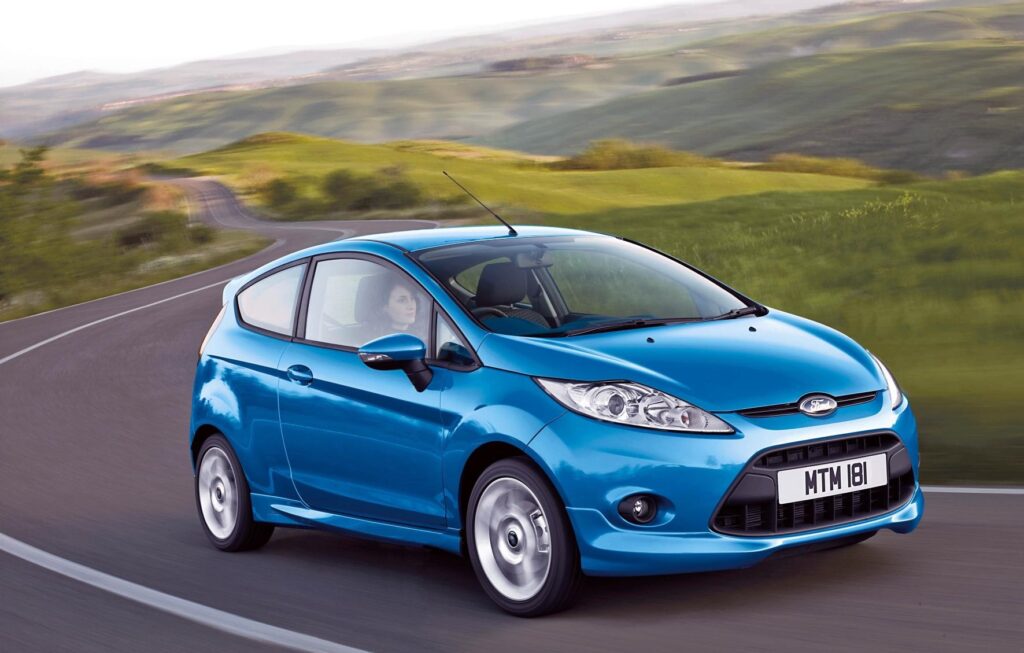 It wasn’t a popping, banging, flame-spitting animal of a car. but then, Ford never wanted it to be. Instead, they wanted a car that would appeal to the youth market, that would be fun to drive and that would, most crucially, exploit the already excellent chassis even further. And that’s exactly what it did. Jump into a Zetec S and you’ll instantly be impressed by the quality of the fit and finish, as Ford really did up its game with this generation. Fire the engine off and select first and you’ll be hook instantly, mainly because the crisp, direct gearshift is pleasingly addictive. And that’s good, because you’re going to be using it a lot.

People who wear baseball caps despite being 42 will tell you that you need to absolutely thrash the Zetec S to get anything out them. Ignore those people. While the 1.6 with its variable valve timing and electronic fuel injection and so on will happily take a kicking, kick it you needn’t. There’s nothing to be gained by pinning the Zetec S to the red line, other than atrocious fuel economy. Instead, keep it in the third quarter of the rev range, be ready and willing to change through the gears to stay there, engage with the car, drive it. Don’t wait to be to driven. 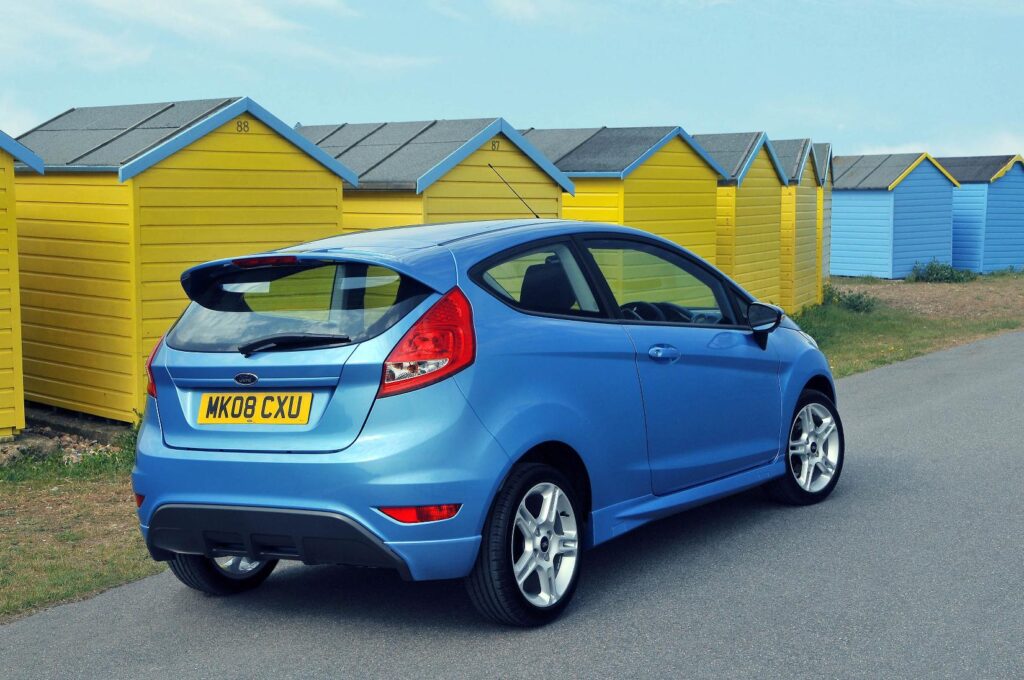 Keep the Zetec S in that sweet spot and you will be giggling like a loon. 118bhp isn’t much, but it’s enough when you’re using nearly every horse. The 112lb ft is enough for the baby Fiesta’s minimal mass, and as such, you can scurry to 62 in 9.6s and on to 120mph, officer. But those figures are moot, as this car isn’t about absolutes, it’s about the journey to them. And when you get familiar with the Zetec S and start to build confidence with it, you won’t be looking at the speedometer. You’ll be too busy enjoying the drive, enjoying the brilliantly weighted steering, the balanced and ample brakes and that chassis that seems to be far more tight and tuned than it has any right to be. The Fiesta Zetec S isn’t fast. But it is fun. A lot of fun. 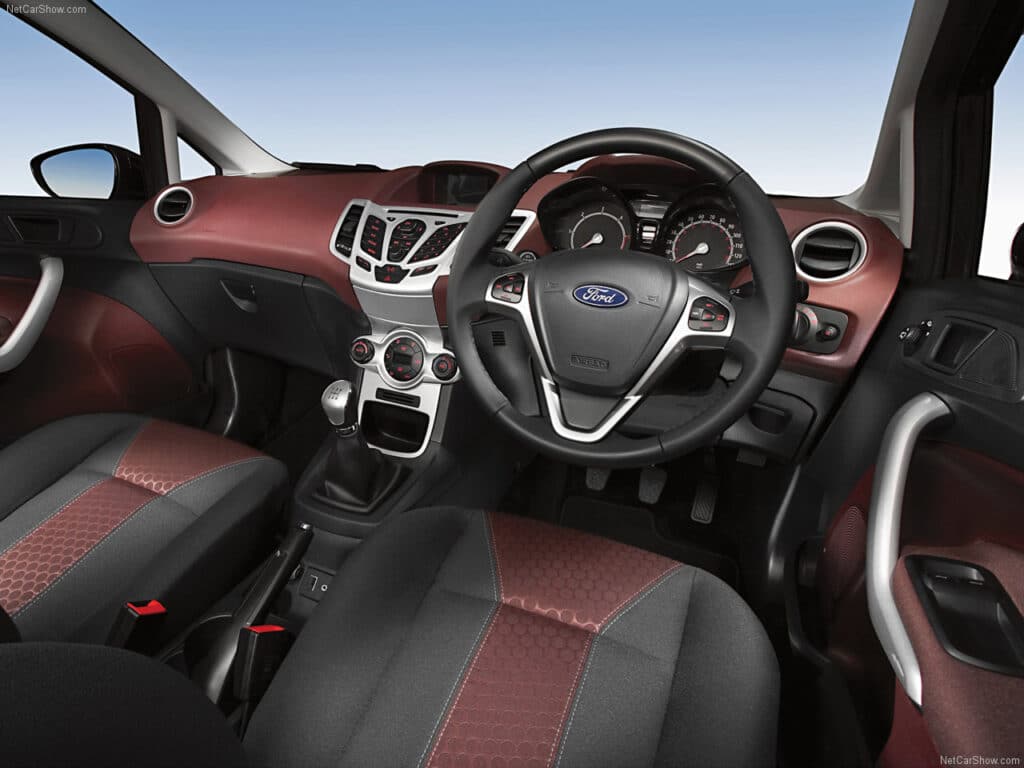 Admittedly not a Zetec S interior, but change the colours and your there.

In terms of living with one, it’s a Fiesta, so it’s a car you can uses every day with ease. It’ll seats two adults and two kids with ease, it has Isofix points, and EuroNCAP gave it five stars, so it’s safe. The boot isn’t vast, but it’s enough for a bit of shopping. Insurance isn’t horrific due it not being an ST, parts are cheap and it’s even decent of fuel if you’re sensible. We used to drive one regularly and the best we ever got out of it was a week average of 40mpg. Though expect less, as we had zero fun getting that number. If it’s MPGs that get you all tight in the trousers, buy a diesel or an EcoBoost. 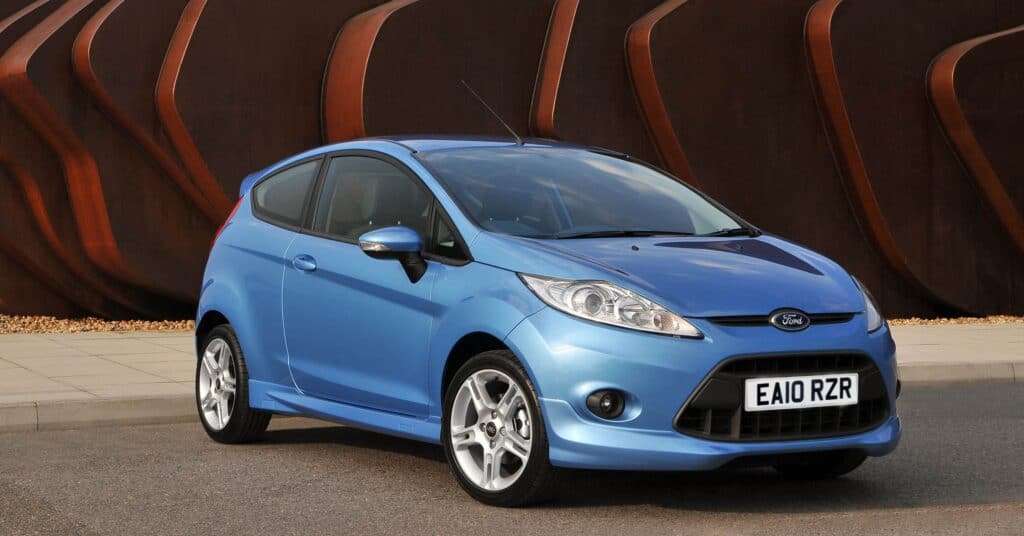 As for buying one, the seventh-generation Fiesta has been in the waters of N2G for some time now. However, the Zetec S is just bobbing on the surface. So it’s a case of haggling on one slightly over, or being patient. When you do find one you like, make sure it’s standard. Modified ones are to be avoided at all costs, as they will have been thrashed. The only exception is a Mountune model. However, if you find one of these dealer approved conversions for under two grand, there will be a lot wrong with it! What else? It costs buttons to run, so a full service history is a must. Check for damage to the body, as the big front and rear bumpers can be made unsightly after even the most minor knock. Wing mirrors, too, as they have in-built indicators so become an MOT issue if they’ve been clouted. Oh, and check the alloys. On this model Ford seemed to make them from chocolate – it doesn’t take much to buckle them.

Get a decent one though, and you’ll be very happy you did. It still looks fresh and sharp, even 12 years on. But most importantly, it’s still a riot to drive.