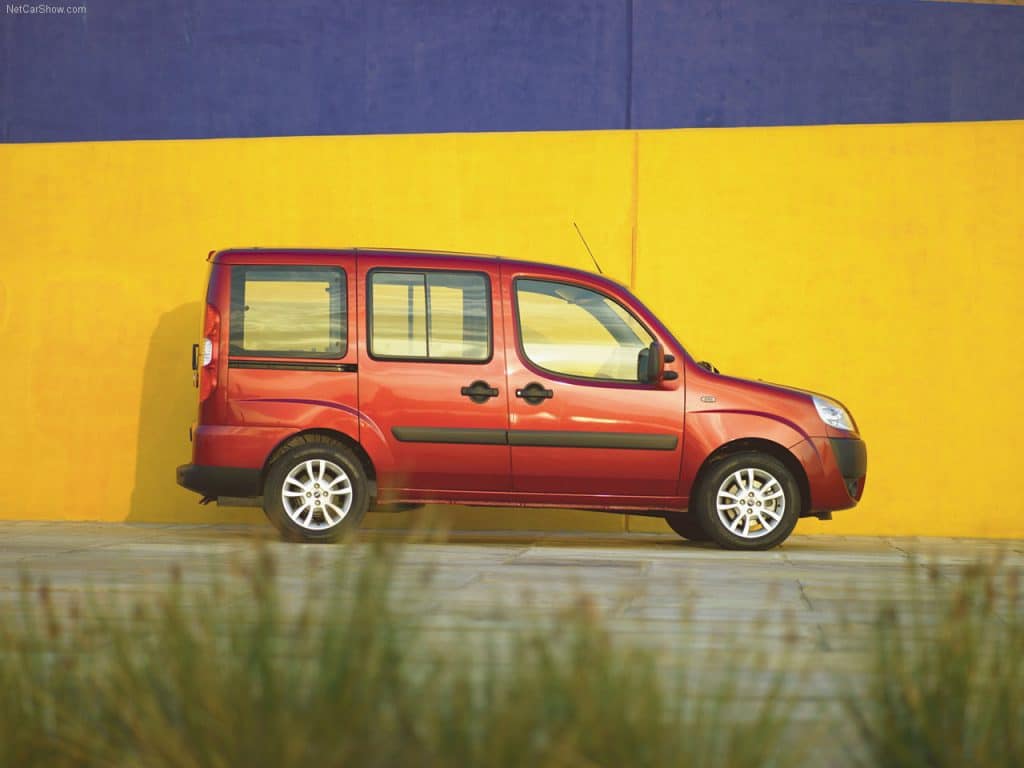 Maybe it’s because we’re now in our mid-thirties, so we simply don’t care what people think about us. Maybe we’ve taken a significant bump to the head without noticing. Or maybe we’ve quite simply taken leave of our senses. Whatever the reason may be, the fact remains that yes, we are indeed suggesting you buy a Fiat Doblo.

It looks as stupid as it sounds, but man alive, the sheer levels of practicality get our motor running. So the Doblo gets the N2G thumbs up. Not yet sold yourself? Read on, let us convince you. Maybe.

Just… look at it

Yeah yeah, it’s ugly. There’s no getting around that. But then again so’s your mum, but you still love her, right? There is more to the lovable qualities of a thing… or your mum… than the aesthetic. Stop being so uppity about the way the Doblo looks. It’s not trying to win any beauty pageants, it’s just trying to be a good car. It’s not a good car though. It’s a remarkable one.

That boxy shape means only a Swiss Army Knife can rival it in the multi-function stakes. Available with five or seven seats, the Doblo is all things to all families, all tradesmen and all people who need to take a washing machine and a fridge to the tip in one trip. Other cars can’t do this. At least not without significant panel damage.

We got the Doblo in the early noughties (sorry, we hate that phrase) when the French were getting busy with the tin-snips and cutting window holes into every van the country had to offer. The PSA group were like children though. They cut the holes in their vans, then lost interest. As such, when they were forced to finish their Kangoos and Berlingos, they did so with little flair or thought. As such, they really were nothing more than vans with windows.

The Italians, being Italian, sipped an espresso, then considered the Doblo van. They then cut holes in it much in the same way the French did with their counterparts. Unlike the French, the Italians finished the car/van off properly. It’s still a van with windows, make no mistake. But it’s a little better resolved than its rivals.

All Doblos are better inside than the French equivalents, but it’s the post-2006 models that really shine. Thought has been put into the fabrics, the plastics and the overall fit and finish of the thing. You get the impression that Fiat cared a bit, rather than just trying to knock out a cheap people-mover.

Post-2006 models also have the option of seven seats, so if you really can’t keep it in your trousers and you don’t want to look like a council estate hooligan, the Doblo’s got your back.

What about the engines?

The Doblo came with many. You should ignore them all, well, all but one. Laughably for something as big as Ant McPartlin’s bar bill, it was fitted with a 1.2 petrol. Ignore that. Ignore the 1.9 diesel ‘sans blower’, too. And the 1.3 MultiJet derv. That can get in the sea, as the kids say. The one you want, every time, is the 1.9 JTD diesel (complete with turbo, y’see).

Its no powerhouse, but the 100bhp (or 105 post-2004) is more than enough to shove your metallic builder’s van along. And you can only have a manual. So ner.

On the road, the Doblo shines yet again. It’s no racer, but some thought has been put into how it handles. The steering is dead and lacking feedback, but it points you where you want to go without drama. The brakes are adequate. The body-roll is surprisingly slight. The visibility is, as you would expect, outstanding, and the driving position is far more car-like than you would imagine. And if you drive one into a tree, you should be okay. EuroNCAP threw one at wall and gave it three out of five stars for its trouble.

Then of course, there is the sheer practicality of the thing. Want to go camping and sleep in the back? Done. Want to go to Ikea and buy all of it in one sitting? Done, the Doblo will swallow it. Need to move an antique sideboard? Done. Need to host a children’s party but need a new venue after a sudden cancellation? Done. The Doblo can be all that. For what it may lack in curb appeal, it more than makes up for it with ability elsewhere.