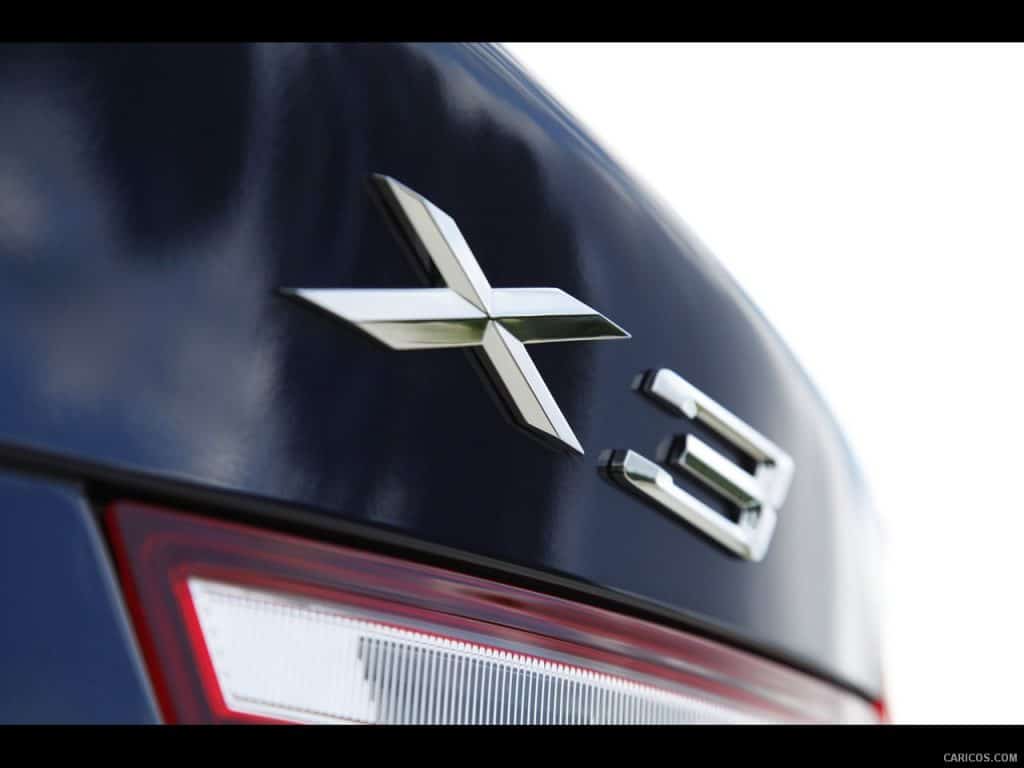 Sigh. The BMW X3. It’s one of those cars we just don’t get. But, to quote Tom from Lock, Stock and Two Smoking Barrels, “the light is on and burning brightly for the masses.”

And don’t get us wrong, we love a BMW. We’ve had plenty and we currently have a 2003 E60 530i as our daily driver. We properly love a Beemer. Honest. But when it comes to things like the X3, we’re lost. The X5? We despise that, hence it never being given a review on this site. It’s a silly car. But again. Light. Masses. Burning. Meh.

For us, the X3 has always been a bit unresolved. Like BMW phoned it in, rather than put any real thought into it. And before you get all up in arms, X3 fans, we’re not saying it’s bad. It just always struck us as something that BMW could have done better. That could have been, basically, more BMW. Hell, BMW didn’t even build the first ones itself. It was built under contract by the snappily-named Magna Steyr, not BMW. See, phoned in.

But annoyingly, even when BMW creates a new car with minimal effort, it’s still good. But then it did take some of the mechanicals from the E46 3 Series, so it was hardly going to be crap, was it?

So what was it?

Well, in the early ’00s, we were getting all in a tiz over SUVs. Much like we are now. But back then it was a new fever that swept over the car-buying masses. Everyone suddenly wanted to be high up and they all wanted to have four-wheel drive at their disposal, despite living on a Barratt new-build development and working as an admin manager. BUT THEY NEEDED IT IN CASE THEY EVER WENT OFF ROAD. By which they of course meant “we might encounter some dirt on our way to the tip”.

BMW listened. Mainly because people had stopped buying the 3 Series, choosing instead to buy anything so long as it was tall (Vitara, Rav 4, fork-lift truck, whatever). Seeing that people would buy any old crap as long as it was indeed tall, it knocked out the X3. Boom. Job jobbed.

All X3s were fitted with BMW’s basic 4×4 system, which  means full-time all-wheel drive with a 40:60 torque split between the front and rear wheels. Though if the electronic brains sensed you were getting into a bit of slippery trouble – maybe too many leaves in the London-line station car park – it could shove all the power to either one of the axles.

The xDrive system also came with hill descent control, further cementing the fact BMW knew it would be bought by people lacking the first clue when it comes to leaving the beaten path. Of all the X3s sold since 2004, three have been known to use the hill descent control feature. One of those was by accident.

Engine wise, you’re going to be looking at an early one for this budget, so that means the 2.5 straight-four petrol with 190bhp. As you’d expect from BMW, it’s a good engine, if a tad on the thirsty side. But to offset that, it does hustle along quite nicely. There was a 2.0 four-pot, but ignore that. Walking is faster.

If you want frugality to go with your X3,there were diesel options. But again, your budget limits you. As such, you can have the early 3.0 or the 2.0 if you can get a post ’05 car. Though while they are both better on juice, don’t expect anything revolutionary. Mid 40s at best.

As for transmission, it was a six-speed available in both flavours: manual and auto. As you’d expect, the manual was a slick ‘box with direct, effortless changes. The auto, while not revolutionary, was a decent enough ‘box, too. Though some gradients or giddy throttle-stabbing could confuse it.

Inside was dull, but practical. A sea of grays and blacks, the innards of an early X3 won’t get pulses racing. However, it will accommodate many pulses, thanks to being rather spacious. You can get five adults in there without needing any of them to have ‘contortionist’ on their CV.

There was a boot, too, with a flat floor, meaning the X3 was actually a pretty respectable load-lugger. That said, its 480 litre capacity was some way off the rivals, with the Freelander touting 755 litres,for example.

Because it’s a BMW

On the road, the X3 was good. The chassis was firm yet agile, the steering was crisp and direct and thanks to all the engines apart from the 2.0 petrol, it had enough shove, too. But still, it was fairly unremarkable to drive. Forgettable, in fact. And that’s another example of BMW phoning the X3 in. It could have been much better, more visceral, to use a term from The Guardian’s motoring section. But it wasn’t. It was a car built to cash in on the early days of our SUV obsession.

And that’s why we don’t get the X3. It has all-wheel drive, yeah, but it’s useless off-road. The suspension has been designed, from front to back, for the road. So when it’s off the road, it bounces your teeth out of your gums. It can do ‘off road’ things on paper, because to the X3’s key demo, paper is all that mattered. The only reason for anyone to buy one then, or now, is because its a BMW. You’re buying it for the badge. Simple as that. If you weren’t. If you wanted a vehicle like this that could do the things a vehicle like this should be able to do, you’d buy something else. If you didn’t, BMW had the 3 Series sat there all along.