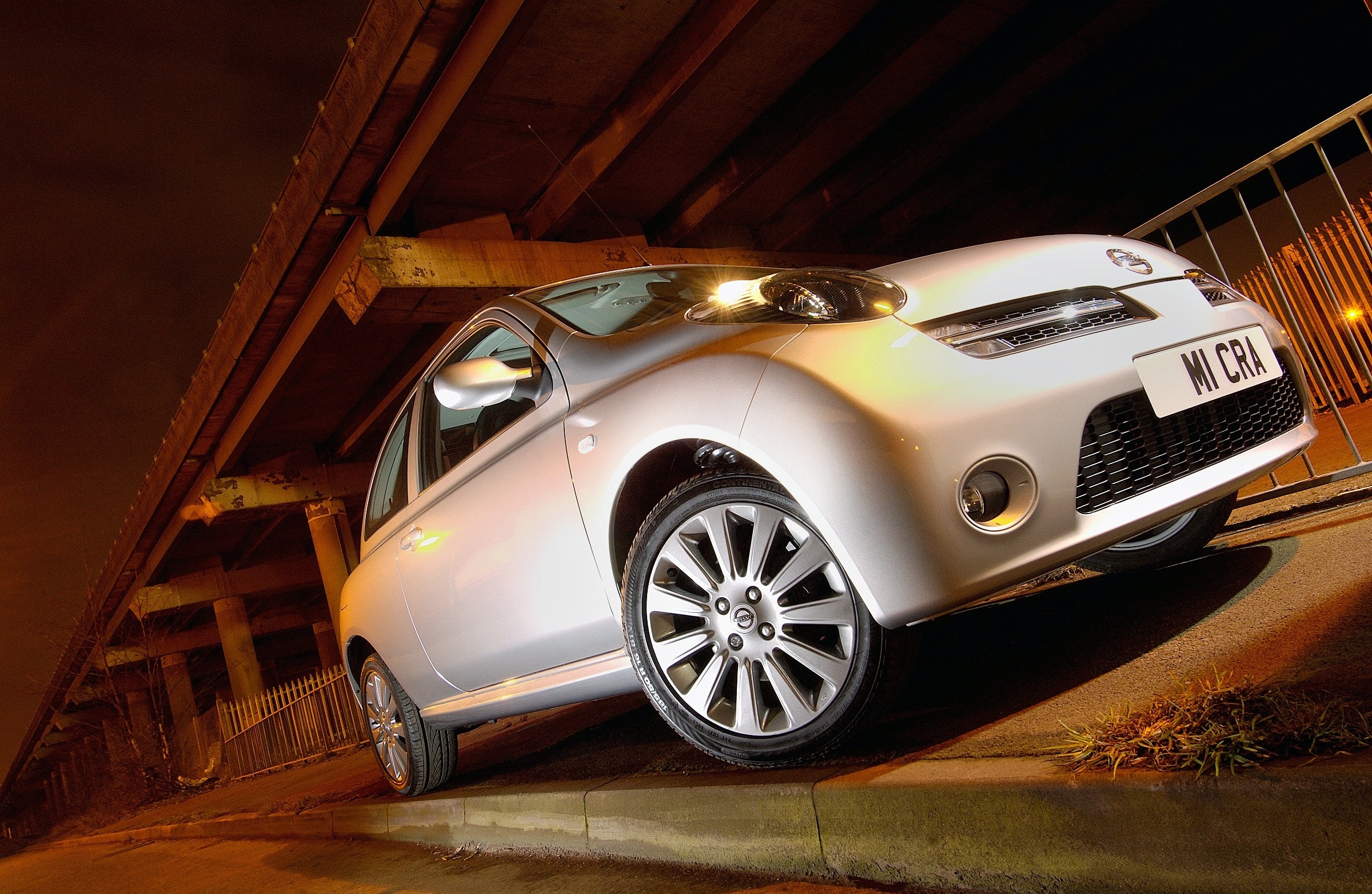 What do we have here then? A Nissan Micra? But they’re obviously under £2,000, right? Yes they are, but did you know that to own a Micra isn’t just to own a rather dull shopping car? Nissan made a hot version of it’s smallest UK offering, and it was really rather good. It went by the name of Micra 160SR and this is it:

Look at it! How beastly is that? And it could be yours for less than two thou… okay, that’s not it. You’re right. We’re just pulling your leg, because we’re adorably cheeky like that.

Don’t be disheartened though, because there really is a hot Micra and it really is called the 160SR and happily, it really is pretty good. It wasn’t just an exercise in badge engineering, the 160SR was a planned, well-engineered and as a direct result, brilliant little car. Don’t forget, Nissan gave us the SR in the previous shape (K11) Micra, so the notion of building a hot version is not new. Nissan knows how to crack this.

The 160SR did not, sadly, have 160bhp. If it did, it would have been utterly terrifying. Instead, the name refers to the 1.6 engine capacity. Instead of a pant-wetting 160bhp, it had a more reasonable 108bhp. Before you scoff at that figure and make some comment about your pushbike having more, remember that we’re talking about a car with a 1,092kg curb weight here. That’s not a lot. Only slightly more than that pushbike, in fact.

It was more than enough to shuffle the teeny Micra along at an impressive pace, that’s for sure. Buy one, and you won’t be headbutting the horizon, but the 160SR will get you there quicker than you might have expected. If you want numbers, that’s a 0-62 time of 9.8s, which is respectable.

The petrol engine’s double overhead-cam, 16 valve design not only made it smooth and frugal, it made it revvy and fun, too. Especially when combined with the crisp, short throw five-speed transmission. Trust us when we say the 108bhp was more than enough, as was the 153Nm of torque. Scalextric cars are heavier than this, and they don’t slam into your skirting board at a crawl, do they?

Where the 160SR really stood out was in the chassis department. Nissan worked hard on this, bringing in the same people that made the 350Z such a giggle factory.

As you’d expect for a sport version, the suspension was lowered. Things didn’t stop there, though. Nissan’s chassis nerds gave the 160SR a roll stiffness increase of 27 percent, the front springs are 20 percent stiffer up front, while the rears are 10 percent less bouncy. The rear beam – the bit the joins body and suspension – was upped in the twist stiffness department by a massive 55 percent, while the front anti-roll bar was thickened. All that meant the 160SR was taught. Drive one of these and then drive a ‘mum spec’ version and the difference is night and day.

The 160SR is a riot to throw about. It’s light, it’s eager and it’s so wonderfully chuckable. If you drive one of these along you favourite bit of twisty tarmac without smiling, see a medical professional, because you are clearly dead inside.

Okay, so it’s no MINI Cooper, but it’s not trying to be. In fact, the 160SR isn’t really trying to have a duel with anything. It just sort of lives out there on its own. It’s been designed to thrill the driver, not win a round of ‘small car’ Top Trumps.

The 160SR was also pretty well appointed, too. You got air conditioning, 16 inch alloy wheels wrapped in 185/50 rubber, sports seats, a CD player (in-dash six CD multichanger), the rear seats could slide forward and back, you had parking sensors, front fog lights, the list goes on. And all in a car that, when new, was less than £10,000. Why the streets aren’t littered with these things, we’ll never know.

Actually, that’s a lie, because we do know. It’s because when you think about a hot hatch, you go to Volkswagen, or Vauxhall, not Nissan. So yes, while the K12 (that’s this generation) Micra is fairly ubiquitous, it only is so in generic shopping spec. And beige. The sporty ones are few and far between, because, well, we didn’t really know about them.

So who is the Micra 160SR for? To our mind, it’s for the younger driver (the insurance group is wonderfully low), or for those of you who want to make your driving a bit more fun without breaking the bank. Or of course, it could just be that you want something that’s a bit more involving than the Tesco Home Delivery van you drive?

The Micra 160SR is properly fun, it’s safe (primo car-crunchers, EuroNCAP gave it four stars out of five) and due to being a Nissan, it will outlast the cockroaches when the nuclear holocaust finally happens. And all for the price of a week away at Centre Parcs. You can’t get much better than that!