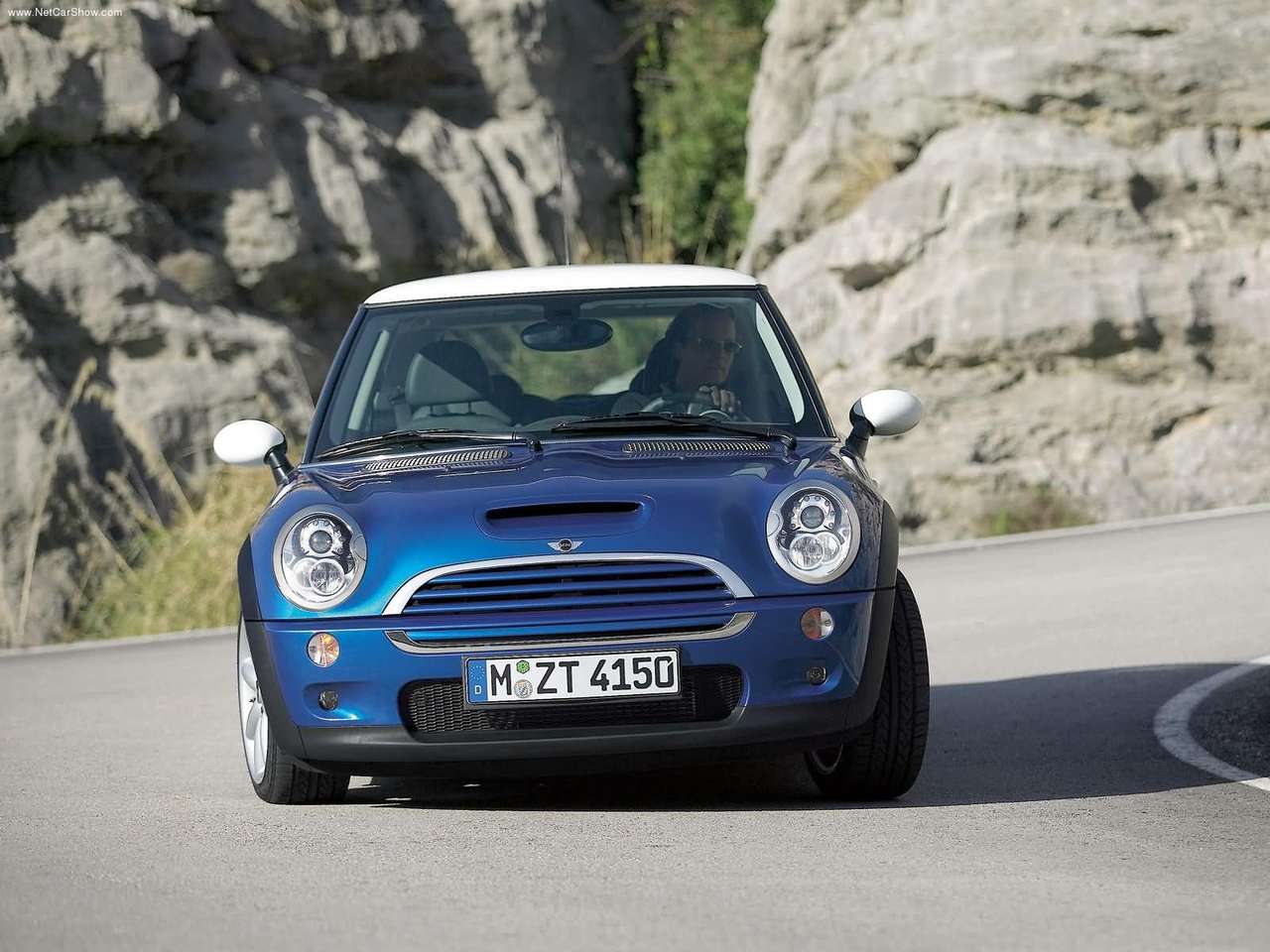 Oh man, do we feel dirty writing this. Embarrassed even. Not because of the MINI Cooper S, but because of what we used to think. Back in the day, we hated the MINI and all it stood for. God knows why. The only thing we can put it down to is the fact we had some sort of misplaced affection for the original, and as such, we wanted to defend its honour. We were young and stu… actually, it wasn’t that long ago. Pollitt wrote this for GoCompare just for years ago. We don’t think like that anymore, we promise.

There is a caveat though: we’re only extending this new-found affection to the Cooper S. The hum-drum One and Cooper can sod off and remain the custody of estate agents and ‘yummy mummies’. It’s the Eaton supercharger that brought us to this party. Nothing else.

And why wouldn’t it get our attention? It weighs a mere 1,215kg before you put people in it, and it has 160ish bhp on tap. That’s an instant recipe for fun. Especially with a chassis as tight as that of the MINI. We hate to use the addage of ‘smiles per mile’ put really, the ratio is stacked pretty high in the case of the Cooper S.

Right then, what exactly is the MINI Cooper S? Well, it’s like a normal MINI but, you know, a bit harder. A bit more fun if you will. But that’s what a dollop of extra power does to a car. Generally speaking, the fun goes up. Unless you put 300bhp into a Hillman Imp. You’re well in the realms of terrifying with that, but we digress.

The MINI Cooper S was a car the MINI lineup needed desperately. Yes, the MINI One was good, but it was far from exciting. The 1.6 petrol engine spat out a mere 90bhp. That would have been fine in the original Austin incarnation, but in the fatter BMW version, it was anything but sporty. And that was a shame, because BMW put a hell of a lot of work into the MINI. The tight chassis, the clever but responsive electric power steering, the maintained ethos of a wheel at each corner for maximum fun. It was all there, it was just let down a bit by the engine. So BMW gave us the Cooper, too. That had 116bhp. Evocative of the Coopers of old it was not. It still sold, of course, mainly to estate agents, but those who wanted a thrilling drive were left disappointed. Enter stage left, the Cooper S…

The Cooper S was a bit more feisty, what with an added Eaton M45 supercharger and a Getrag 6-speed ‘box. That meant 163bhp with 162ft-lb and as such, a hell of a lot of fun. Want more numbers do you, Voderman? How does a top end of 135mph and a 0-60 time of 7.2s grab you? Then there are other MINI factors such as equal length driveshafts to counter torque steer, decent brakes and of course, that delightful chassis. Needless to say, it was a hit.

In fact, that’s just scratching the surface. The Cooper S had loads of spec. Sports seats and steering wheel, air conditioning, ABS all-round, 16inch alloys, CD multichanger, electric mirrors, remote central locking and traction control. It was about as far removed from the Mini of old as you could get.

An unusual feature came about after stuffing the engine bay full of supercharger. The battery didn’t fit anymore, so the bods at MINI HQ opted to stick it in the boot. Like a proper race car. However, this meant there was no space for a spare, so the Cooper S came on run-flat tyres. A nice nod to the Denovo tyres on the original Clubman.

Of course, a concern with any small car is safety. Especially in the case of the Mini. The original was hardly praised for its willingness to protect its passengers. They got a steering column through the face if they were lucky. Thankfully, the MINI (that constant capitalisation isn’t us being daft, that’s how you do it) was a world away from that.

In the Cooper S, you got a crash pillow for the driver and the passenger, plus two more for side impacts. The construction of the body, while light, was exceptionally tough and as such, earned the MINI a four-star rating when EuroNCAP slammed it into a wall. Though if you could not slam into a wall yourself, that’d be super.

So, all in all it’s a cracking little car. A proper driver’s car at that. Job jobbed, off you go to buy one. Though before you do, we should tell you about the supercharger.

Yes, it’s the key to the MINI’s power, but in doing so it needs decent upkeep. There are a lot of cheap Cooper S MINIs out there, and we suspect plenty of them are running a lot less than the advertised 163bhp. If you’re not familiar with a supercharger, it’s basically a big drill bit that sucks in air which is then compressed before being fired into the combustion chamber. A bit like a turbo. If you don’t know what a turbo does, you’re on the wrong site.

To work at its best, the blades of the impeller within need to be able to compress the air, thus generating boost. They’re Teflon coated from new to ensure a tight fit, but over the years that coating can wear out, and the boost pressure – and consequently the power – drop. You can have them re-coated though, so there’s no big worry there.

What you should be aware of is the Eaton’s love for oil. You could call it… an Eaton mess. Sorry. Basically, the supercharger on the MINI is odd, in that it has a PTO (power take-off) that drives the belt that drives the water pump. Important stuff. Annoyingly, Eaton opted to fit the supercharger with non-tension oil seals, meaning in the event of failure, the supercharger slurps all the oil from the PTO gears and then fires it into the engine. Game over. So yeah, check the history file to see if it’s been done. Or don’t and blow up your engine. Whatever.

So they tyres are expensive and it has the potential to devour oil without warning. But other than that, it’s a blinding little motor. We’re deeply sorry we said what we said about it. Sorry MINI, we didn’t mean it.

And let’s not forget, the MINI is still British. It’s built here – always has been – it’s just that BMW backed it. Not only that, it gave MINI its own identity and brand, too. They have their own dealerships don’t they? They’re not hunkered up in Dick Lovett by the 5-Series.

So yeah, buy one. Then you can pretend to be Jason Statham in that god-awful remake of The Italian Job.