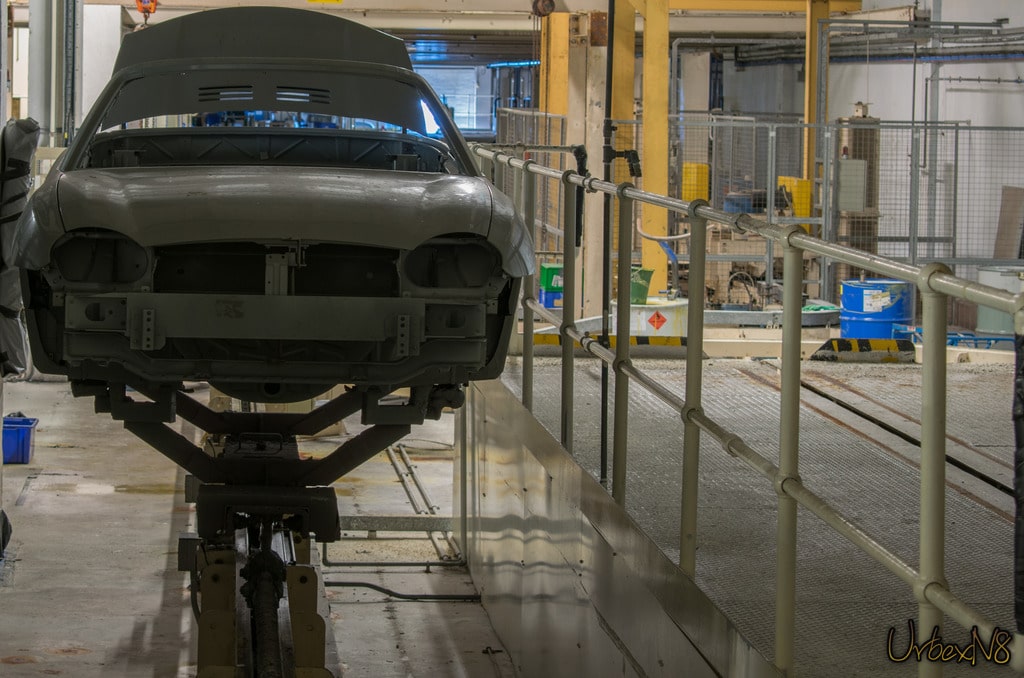 When you think of a car with the MG badge, it’s easy work for your mind’s eye. Tweed, MOSS catalogues, rust, seemingly never-ending strike action. Basically, anything but the cars themselves. You see, that’s the problem with MG. The unfortunate reputation is far bigger than the knowledge base surrounding its offerings.

Down at the local, John will probably scoff if you buy an MG, offering some sage advice about head gaskets and such. Ask him what engine came in… any MG, however, and he’ll draw a blank and go back to his Stella. Everyone likes to take the mickey, but in reality they don’t actually know what they’re mocking, and that’s wrong because really, MG made some damn good cars. The TF being a fine case in point

Rover and MG (as they were) are long dead, but their demise wasn’t entirely the fault of the cars being offered. Okay, that’s not exactly true, given that the build quality across the range was absolutely awful. But even so, mismanagement had a lot to do with it, too. The cars themselves, on paper, were good.

The MG ZT was fast and aggressive-looking, the ZS was a work of art with the X Power body-kit, while both were lauded for their handling. The ZR took a humble Rover 25 and turned into a car with genuine youth appeal. MGs were fun and exciting. People loved them, and believe us when we say that sales weren’t an issue. We worked in a Rover/MG garage in the mid ’00s and the salesmen were never short of customers.

Sadly though, neither was the service department. Those cars came back, a lot. Many for annoying build quality issues, though most came back through the gates because of the dreaded head gasket problems. We also worked at that garage post Rover/MG closure and we can attest to the upset, angry, frustrated customers that no longer had a company to back their warranty claims. It wasn’t nice.

So what’s all that got to do with the MG TF? Well, it’s quite simple. The MG TFs that exist today have been through the system. They’ve been repaired. A previous owner has taken that financially painful hit for you. As such, you’re now in a position to enjoy the MG TF as the company would have liked. If, however, you talk about buying one and John chips in about head gaskets, give him a dry slap.

What John, the berk, doesn’t know is that Rover/MG was working on a better gasket. Sadly, the firms went bump before any mass implementation, but the gaskets still made it into circulation on a smaller than intended scale. We’ve seen them first hand, and we know plenty have been fitted. So it’s not a concern. John’s just a dick. Plus, if you’re really worried, remember that many a Lotus Elise is powered by a K Series engine. Different gasket, but no complaints. And that’s a car built by people from Norfolk. NORFOLK for heaven’s sake.

The MG TF is not just a Mk2 MGF, as some people (looking at you, John) like to think. The MGF was a bit of breakthrough for MG, though. First of all, it was hugely left-field for the company that brought us the MG Maestro. Mid-engined, rear-wheel drive, with seating for two and no roof, it was a proper little sports car. Like, an actual car that could do sporty stuff, it wasn’t just a marketing gimmick.

The MGF lived from 1995 to 2002. That’s a long run. People loved it, so it was no surprise when MG said it was going to give the masses a new one. In fact, it was a welcome announcement, because we wanted it badly.

What we got was, visually, very similar to the MGF. In the case of the TF, the lines were harder, more chiselled if you will. It looks more… masculine. It was still the same mid-engine, rear-drive layout. Though the TF was engineered to offer 20% more torsional rigidity, making the handling tighter and sharper. Further adding to the road manners was the return to conventional spring and damper suspension, rather than the irksome hydrogas system in the F. One less thing to worry about, then!

The TF was also available with a respectable amount of power. The engines started with the 1.6, moving all the way up to the giddy heights of the 1.8. But that’s fine, because that’s all the little TF needed to be shoved along. The 1.6 is more of a cruiser than an outright speed machine, with just 114bhp. The 1.8 offers a little more grunt, care of 134bhp. Though if you want to give your jowls a g-force generated jiggle, the MG TF 160 is there for you. It has, as the name would suggest, 158bhp. Oh, um, hey, what’s two bhp between friends?

And guess what? Those engines are, if serviced and looked after, perfectly reliable. Imagine that! An MG TF’s head gasket is not going to melt as soon as you look at it, we promise you. Any TF you look at today will almost certainly have been repaired. It will be fine. John is a fool and he is wrong. The K Series found its way into millions of cars, both from within Rover and also further afield (like Lotus and even Morgan). It is not a bad engine.

Drive an MG TF and you’ll love it. It’s simple, honest, nuts and bolts fun. There are no fancy electronics (MG only ever had a BBC Micro and a calculator), no intrusive driver aids, no overly keen assisted anything. It’s just you and the car. The rear-wheel drive, mid-engine car. It is, whether John is willing to admit it or not, a proper sports car.

The gear change is crisp and direct, the brakes are perfectly balanced for the TF and the steering is direct and connected, not wishy-washy like on so many modern cars. And don’t worry about the engine being in the middle and the driven wheels being at the back. You’ve actually got to work pretty damn hard to lose control of a TF. The chassis was well thought out.

And while it was small, it was also tough. EuroNCAP gave it four stars, which is impressive for a machine so small. But like we said, you’re not going to lose control of it anyway.

The MG TF left us in 2005 after a production run of nearly 40,000. Not that it wanted to, mind. The staff left one day and that was that, Rover and MG were no more. The computers were still on. Half drunk cups of coffee sat on desks. There were hopeful MG and Rover body-shells still on the assembly line, mid-build. But they never were built. They just sat idle, for years, rusting away on the very assembly line that should have brought about the start of their life, not the end of it.

Nobody came back for them, and that’s a sad end for any car. The MG TF didn’t deserve that. Hell, the MG and Rover brands didn’t. They had their problems, sure, but to just stop and cease to be, without warning, that’s painful.

It’s not all doom and gloom though. The MG TF did live on briefly, thanks to the Chinese outfit that bought the bones of Rover and MG. And while the absence of Rover and MG as they once were is still felt, the following for their cars hasn’t dwindled. As such, there’s the huge MG Car Club along with a wealth of companies and specialists ensuring the longevity of any Longbridge offering. Plus, MG itself is back, thanks to the aforementioned Chinese lot, though the cars aren’t nearly as exciting.

To buy a TF is to also be a part of British motoring heritage. There won’t be any more, so we have to preserve and most importantly, enjoy the ones that are left. John can’t do that, because John bought a Vectra. The mug. But if you’ve got a few quid spare, you can. And you should.