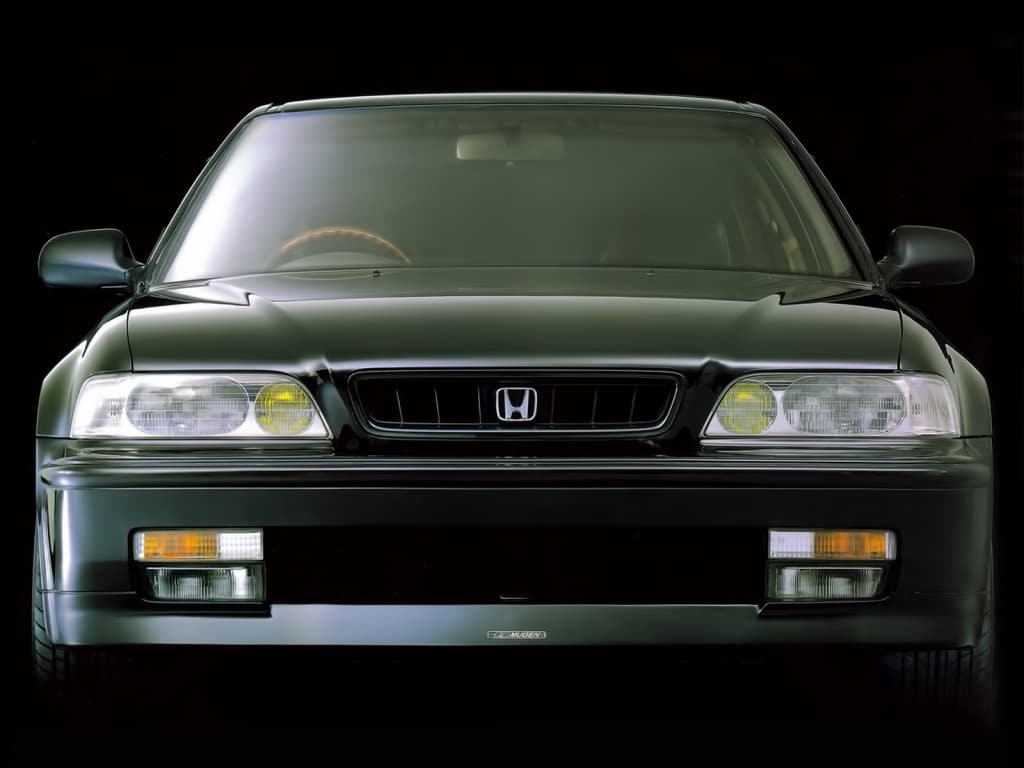 The Honda Legend has, quite frankly, the best name of any car ever. Mazda Bongo Friendee notwithstanding of course. But it is worthy such and impressive moniker? You can’t just slap the name ‘Legend’ on the boot-lid of any old tin and expect it to work. The chosen car has to have a bit of presence, right? A bit of clout. Well, handily, the Honda Legend does.

The Honda Legend has a long and rich history. It joined the motoring masses back when Go West was still a popular band, and is still being made – albeit for the Japanese Market – today, unlike Go West music. The first generation (or KA1 – KA6 if you like geeky manufacturer designations) was the car built in partnership with Rover. Regular visitors to the site will remember our post on the Rover 800, explaining how the car was an exercise in platform sharing between the two companies.

You could say that the project gave birth to a legend, because it’s called the Lege… oh never mind. Anyway, that’s your history lesson over. We’re not looking at the first generation. Nor are we looking at the third, despite it being within budget. No, we’re looking at the KA7/KA8 second generation (1990 – 1995) Legend. Why? Because our site, our rules. So ner.

In all honesty, there’s nothing wrong with first or third generation Legends. It’s more a case of the first being unobtainable (thanks, rust) and the third being a bit… dull. The second generation is a bit of a bruiser and to look at, it has a bit more about it than the later cars. Though if you’re keen to be classed as 65 year-old despite only being 32, go right ahead and buy a third gen.

The second generation car was available with one engine and one engine only. Thankfully, it was a single overhead-cam, 24-valve, 3.2 litre V6. This engine was known as the C32A and no matter what Gary down the pub tells you, it is not the same engine as the Honda NSX. Shut up Gary, you knob. That would be the C30A for early NSXs or C32B for later models. The Legend’s engine was similar in that it was made by the same company, and it was a V6. That’s it.

As for transmissions, you had the choice of three. There was the six-speed manual, the four-speed auto or the five-speed auto. In reality, you’re not going to see a manual one. They were rare to begin with, and while the Legend was offered as a UK specification car for a short time, few had analogue cog-swappage. Besides, this is a big, luxury car, so you want an auto really. As long as the car has been serviced and looked after, the ‘box will never go wrong. In fact, the same can be said for the silky-smooth engine.

Following on from the first-generation model, this one is also front-wheel drive. Granted, that’s unusual for a large executive car, especially of this era. But in the Legend, it works. It’s not the kind of car you hurl into corners or go drifting in. It’s a cruiser, so front-wheel propulsion is just fine and dandy.

As you’ve probably guessed by now, the Legend was available in two body styles. You had the conventional saloon, then the handsome two-door coupe. The latter model really is a striking car. Though be warned, you need a football field if you ever plan to open both doors fully, what with them being about nineteen foot long. Each.

Inside was, frankly, not the most exciting place to be. Japanese cars of this ere are hardly famed for their dazzling interiors, and the Legend does nothing to buck that trend. However, it is full of leather that seems to last a lifetime, deep carpet, lots of electrical toys and most importantly of all, it’s screwed together well. If you test drive an old Legend and are greeted with bumps, rattles and squeaks from its innards, walk away. That’s a surefire sign that it’s been taken apart at some point, and obviously not put back together properly.

The Legend is the thinking man’s luxury car. Old Mercs and BMWs of this era are sad, tired and begging for death. Or they’re mint show-winners with low miles and high values. The Legend, on the other hand, is a car that seems to have quietly slipped by without anyone noticing. It’s even more anonymous than the Lexus LS400, and that’s saying something.

Yeah, so the 3.2 petrol engine has a bit of a thirst, but so what? You’re getting a car that’s whisper quiet, outstandingly reliable and incredibly luxurious. Plus, it’s a rare sight on our roads, so there’s that all-important exclusivity, too. Go on, buy one, be a legend.