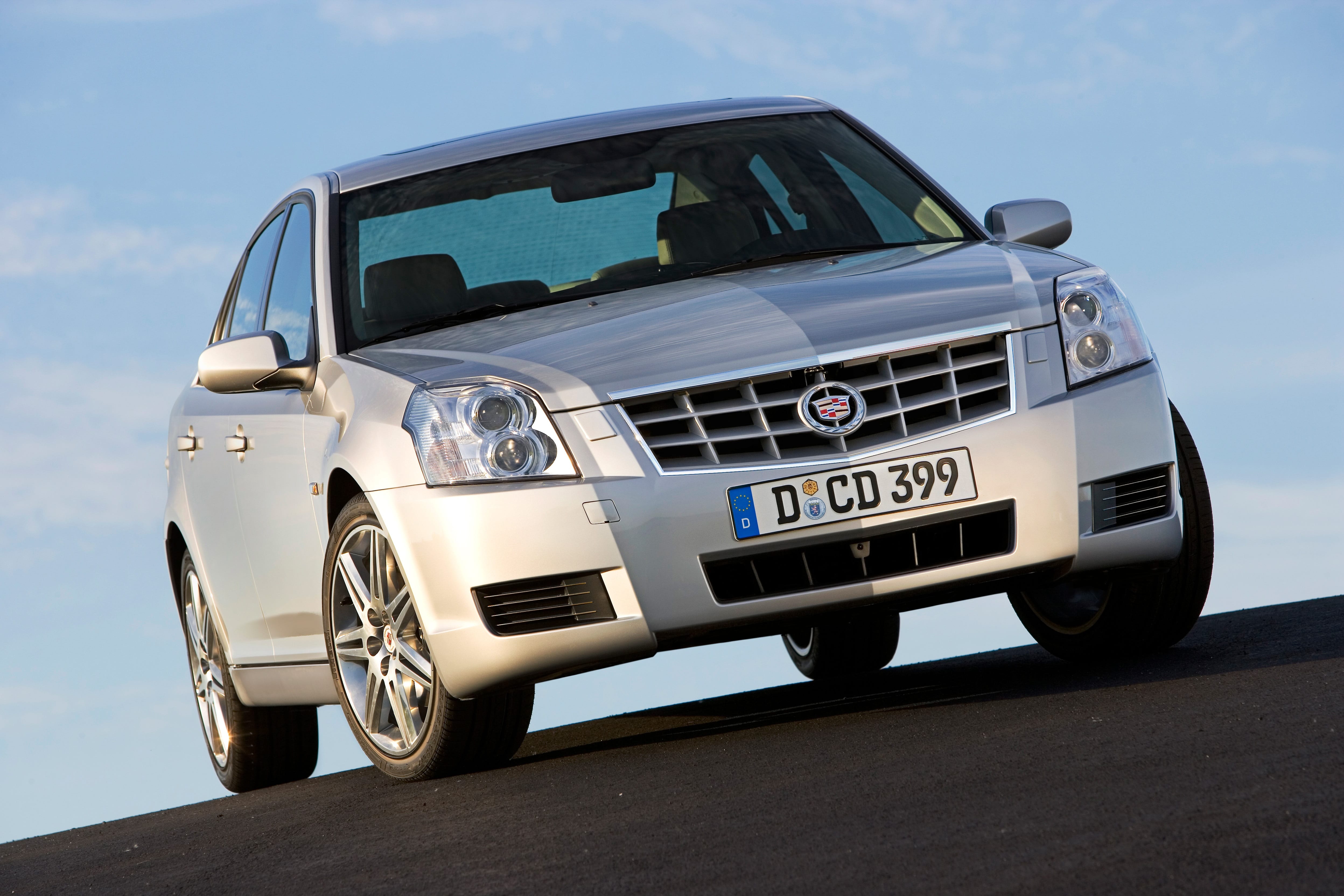 The Cadillac BLS was a catastrophic failure. Huge, in fact. If it were a person, it would be more of a failure than the kind of oxygen thief you seen on the Jeremy Kyle show. As automotive flops go, there are few as spectacular as this. But even so, we still find ourselves drawn to it. It’s a little beacon of wrongness that we gravitate to akin to a moth and flame. We know it would be a terrible idea to buy one. But come on, a Cadillac – one of America’s most coveted brands – for less than £2,000? It can’t be that bad, can it? CAN IT?

The BLS was an attempt by Cadillac to infiltrate the European marketplace. You’d think, given the might of the U.S car-maker that such a project would be a doddle. They’ve got clever people with degrees in marketing, they have focus groups, they have resources beyond that of many other companies. It should have been a sure thing, but it wasn’t.

But why? Well, it was a passion project. An idea to make a quick buck by sliding a hastily designed car into a market segment that Cadillac had yet to get its wheels into. But rather than design an all-new car, it just threw a fancy outfit on another car and hoped for the best. That other car was the Saab 9-3.

Despite the Cadillac BLS’s $140,000,000 design and development, it was nothing more than a cheap facsimile of what Saab – a company already on its knees at that point – was already knocking out. Yes, it had a unique aesthetic, but other than that, it was all Saab 9-3. And that – from a mechanical point of view – was no bad thing. The 9-3 was famed for its impressive levels of safety. The overall fit and finish was more than respectable, too. And as for handling, it was a solid performer.

These were all areas in which Cadillac was weak. Look at an American car of that era, then some tupperware, and you’ll choose the latter to sit in, or have a crash in. The BLS should have been a celebration of a new age of build quality and safety for Cadillac. But it wasn’t.

The problem was the marketing strategy. Ill-considered and poorly applied, Cadillac knocked the car out and then went straight to market on the coattails of the company’s stateside reputation. That might have worked in the U.S, where the name was very much household. In Europe though, we were less than impressed. And we let Cadillac know with sales numbers. On the car’s release in 2006. 282 were sold in Germany. That’s a market of, at the time, 3,150,000 car sales. Ouch.

It was also slain by the motoring press, which didn’t help matters. The BLS wasn’t engineered well enough to hide its roots, and the journalists were quick to make sure everybody knew:

Auto Express: The BLS is OK, but offers nothing new in a market overflowing with talent.

Honest John: Based on the Saab 9-3 so decent handling. Well proven mechanicals. Saab-grade safety. But the ride is far from forgiving.

Verdict on Cars: Average. It’s built in Europe, shares most of its underpinnings with a Saab and will never see America. Meet the strangest Cadillac ever.

The name BLS doesn’t even mean anything, As such, many people have decided it stands for ‘Bob Lutz Special’ in ‘honour’ of the man who green-lit the catastrophic project. A project that lasted just three years. It was killed off in 2009 due to abysmal sales figures. As soon as it came to be, the BLS was no more. The Trollhättan factory in Sweden went back to building Saabs and the name BLS was never uttered again.

Bob Lutz, after finding out how many Cadillac BLS models sold

So, given the fact the BLS was huge flop, why the hell should you buy one? Well, first of all, it wasn’t an inherently bad car. It was just a copy of an existing car, but with a new face. The Saab 9-3 is a safe, enjoyable, practical car. And all of these qualities have been inherited by the BLS. Okay, so owning one is a pain in the arse thanks to the absense of both Cadillac and Saab dealers on UK soil, but the aftermarket is still awash with parts. And they’re not expensive parts on the whole.

Plus, the BLS is a bit oddball, a bit quirky, but it’s not burdened by typical American car issues. You know, like the steering wheel being on the wrong side. We like it. We also like the exclusivity of the thing. Okay, so you don’t have much to spend on a car, but that doesn’t mean you have to blend in. You can have a BLS and at the same time, join a club of very exclusive motorists. Albeit in a weird, Sweden/USA mashup kind of way.

Go on, live a little. Buy a failure and give it some recognition. Think of it as automotive charity or something.