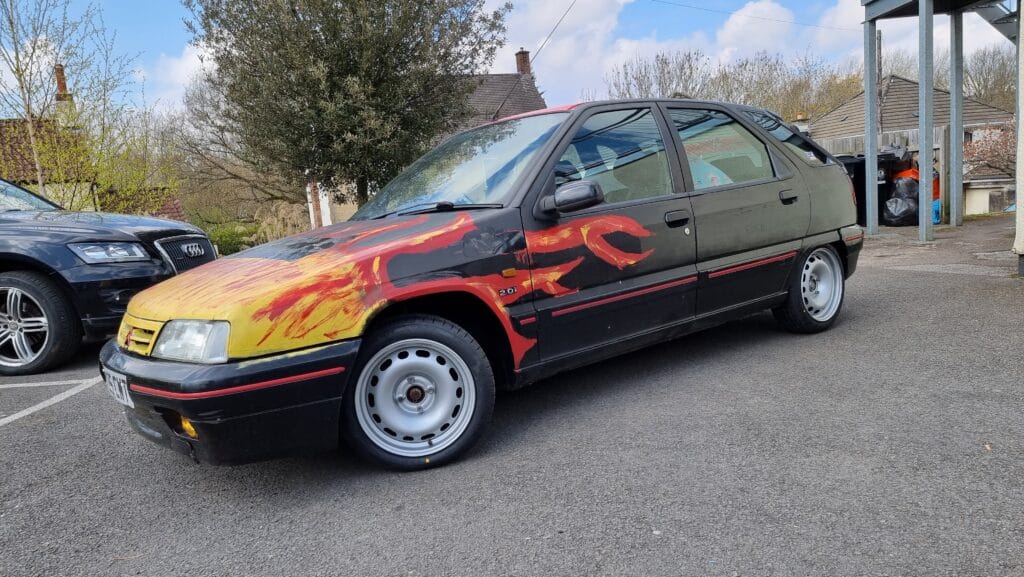 It’s been a minute, or should we say, four months since the last update on our ZX Volcane. But does that mean we’ve been doing nothing? Of course not. We’ve been doing lots and lots indeed. If you’ve been following our YouTube channel, you will have seen the progress unfolding. If you’re not, don’t worry, as we’re going to post the videos below. MAXIMUM CONTENT, or something. Do we need to shout ‘HEY GUYS!’ and demand you smash that like button? We’re not sure. Anyway, we’re getting off track.

Here’s how it started… 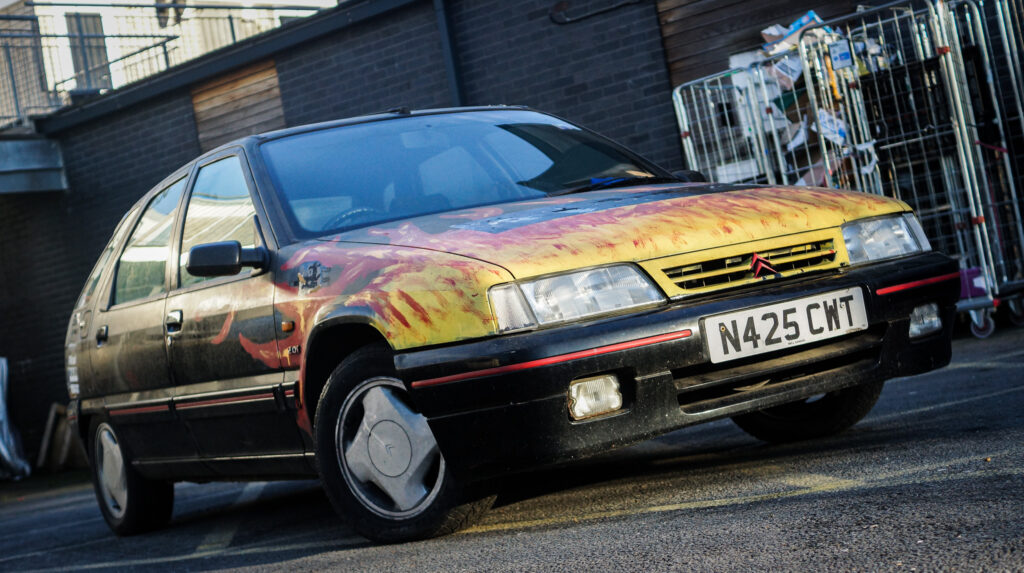 And here’s how we’re looking now… 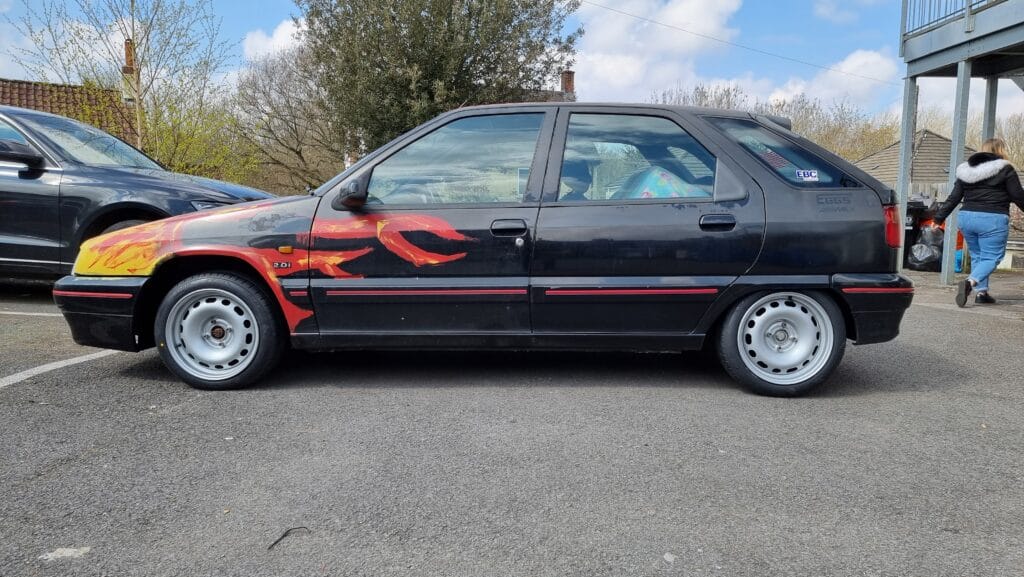 Have we just changed the wheels? No, of course not. There’s been a lot more going on. After the initial inspection we sat about doing some preliminary work before sticking it in for an MOT. The logic was that as a bare minimum it was going to need a service after sitting in a lock-up for four years. We could swallow the cost of some oil, plugs and filters if it made things a bit better on the emissions front. So, we did that, we cleaned it up a bit, we did a basic systems check and then we stuck it in for an MOT.

And this is where things took an unusually positive turn. The MOT tester did of course laugh at it when it rolled up, but he would go on to concede that the ZX is actually pretty damn solid. No rust, no dodgy past repairs, nothing of concern at all. At around the same time, the chaps who gave us the car sent the paperwork along. Turns out this ZX Volcane has been very well looked after indeed. We got full service history, we got loads of receipts, loads of bills for work – it made for very pleasing and reassuring reading.

As for the MOT, the bloody thing only went and passed. We were not expecting that. So now you think we’re going to tell you about a vast list of advisories, right? Wrong. Front drop links were a bit tired, and so were the lower ball joints. Oh, and one rear light was earthing out in a weird way. That was it. We put it in for a test because we wanted to see how bad it was, and whether or not it was worth bothering with. We never thought the bloody thing would pass!

Of course, as well we all know, an MOT pass isn’t everything. The tyres, for example, were legal but they were also nine thousand years old. The brakes were very old, too. The temp gauge had a mind of its own. There was water leaking in through the passenger side. Lots of little things. Happily, the temp gauge was just a sender issue, so a new one cured that. As for the brakes, we thought we’d go all out, and as such ordered a full set of drilled and grooved discs with Yellow Stuff pads from EBC Brakes. We like EBC, they’re British, which is a nice thing to support an promote in these difficult times, and their stuff is second to none in terms of quality.

We also bought some backing plates for the rear, and we swapped out the front drop links and ball joints for new items. When in Rome, and all that. The arches were cleaned up, the dirt and grime removed and.. well, it made for a pleasing sight. There’s a video here. 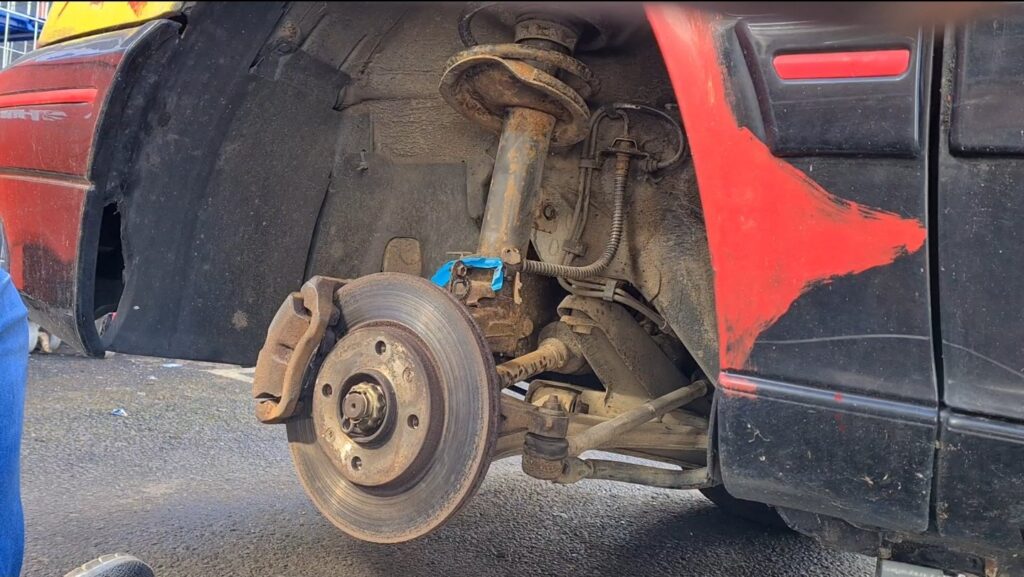 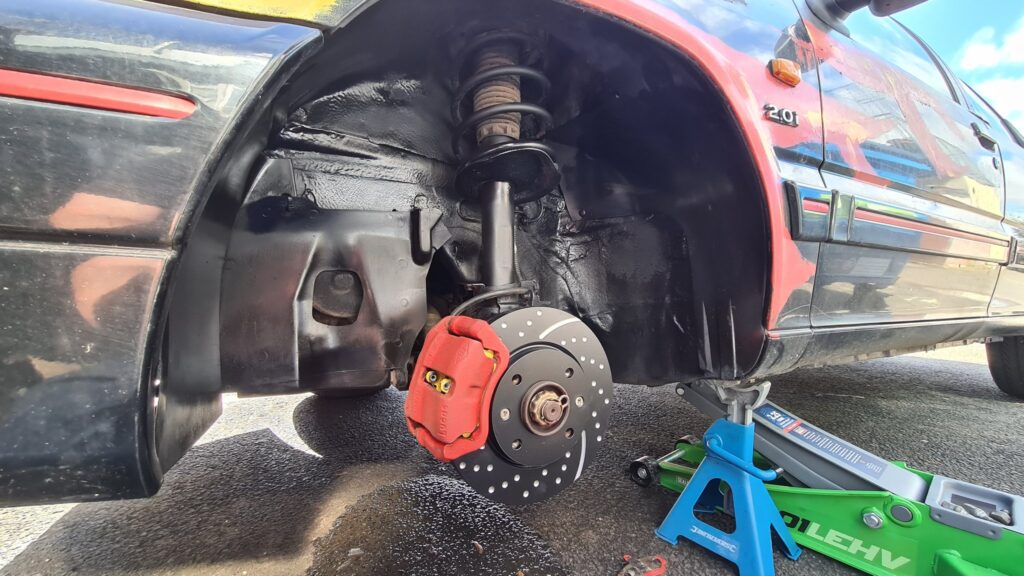 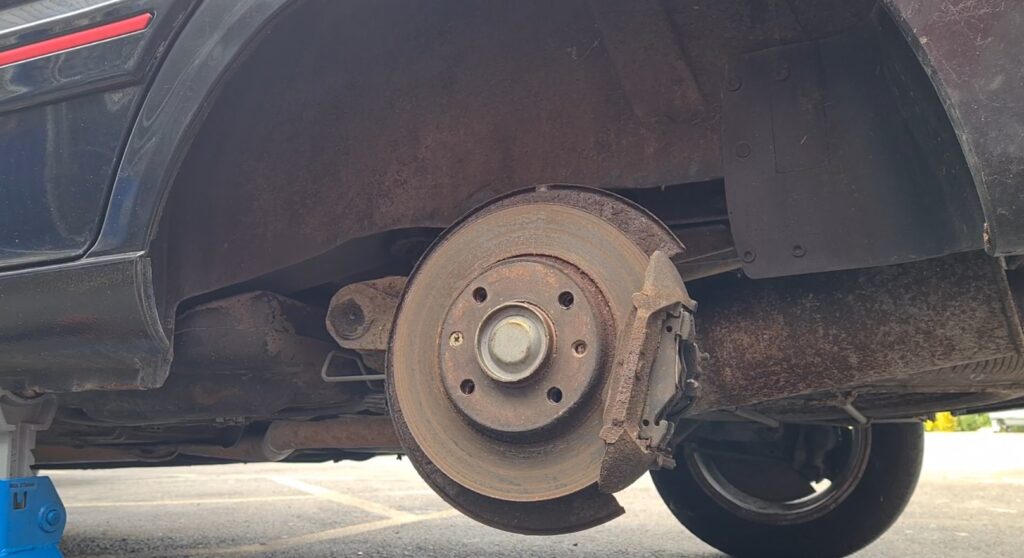 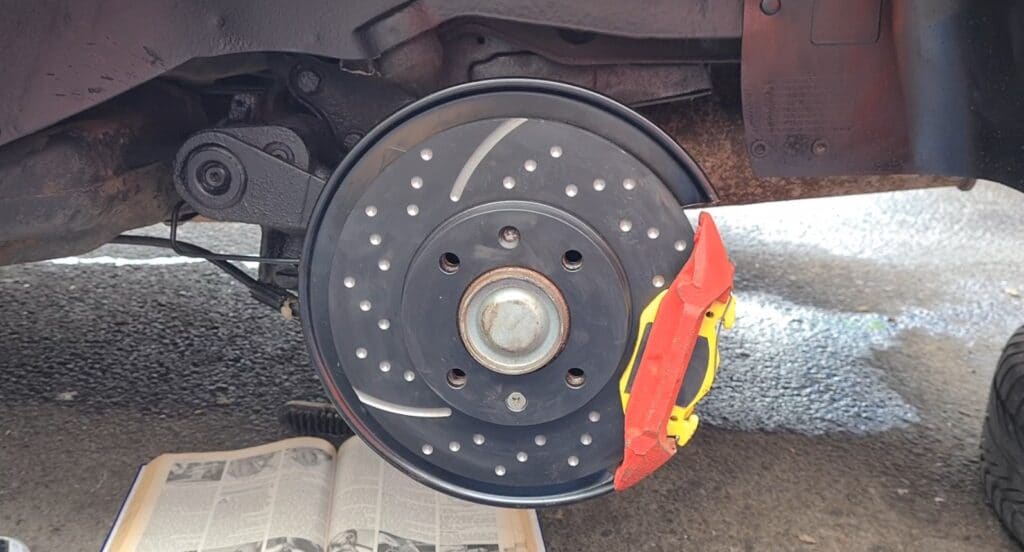 Satisfying, right? Not mention, it all looks bloody lovely. Shiny new parts make everything better, or so we’re told. The brakes went straight on, as you’d expect from EBC. We had to paint the calipers red, because that’s an extra 20bhp. Plus, with the Yellow Stuff pads, it now looks like our brakes are brought you by Ronald McDonald.

Brakes and arches done, the next thing to address on the ZX was the rubber. The old tyres were horrid. However, we didn’t want to get new 14 inch tyres. Why? Because we don’t like the OG Volcane alloys. This will make some purists twitch, no doubt. They’re just too small. So, we hit eBay and scored a set of Berlingo 15-inch steels for £21. Result. A couple of cans of Hammerite later, and they looked a million times better. As for rubber, we went to our old friends at Falken, who hooked us up with some sticky 175/50/15s SN110s. Never has a steel wheel and tyre combo looked so sexy. 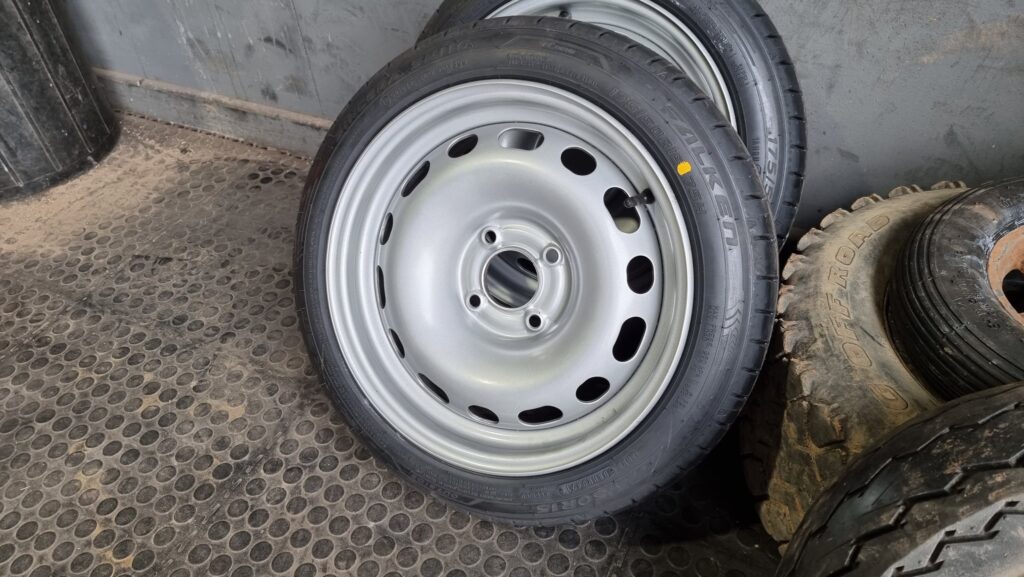 What’s next then? Well, there is still a lot to do. The clutch cable needs to be changed – hopefully this is the cause of the stiff pedal. Our logic is the lubricant in the sleeve has thickened up over the years. We’ll have to see if that is indeed the case. Then we need to sort the timing belt and water pump out. We have all the parts, but life is busy at the moment (no furlough for us) so finding time is proving tricky. We’ll get there though. There’s a ramp waiting for us, and it seems to be a simple enough job.

Then, the ZX is getting some lows on the front – 35mm should do it. Just to close that gap a bit. The rear is fine. And then, finally, it will be time to paint it. The flames literally put us off driving it, as it attracts the wrong kind of attention. We have a workshop lined up, our mate Rich is on hand to hep us, and we have the paint on order. It’ll just be a rattle can job, but Rich painted his car in the same way, and the results were excellent. Should be good enough for our old ZX.