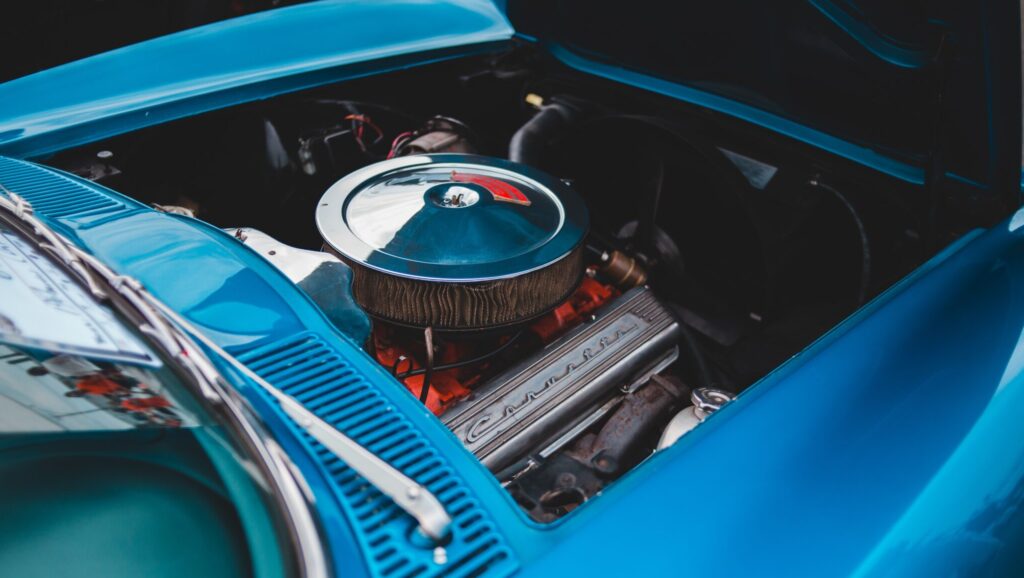 The world of American cars here in the UK is an interesting one. On the one hand, they are pretty popular. On the other hand, people seem willing to pay absurd amounts of money for cars that, back in America, regularly trade hands for $20 and a case of beer. This is why, in general, it is very hard to find any American cars that fit the Not 2 Grand budget.

A bit of Ebay trawling this week, however, has proven that it is not impossible. We found three American cars that fit our modest budget. These are just a snapshot in time, and may no longer be available when you are reading this, but allow them to serve as a few examples of what might come in under the limit.

First up is this 1991 Oldsmobile Eighty Eight. ‘Oldsmobile’ and ’88’ (they used both numbers and words throughout the car’s history) usually conjures up images of massive saloons the size of Hertfordshire. And indeed, up until the mid-1970s, when the process of shrinking the GM B-body cars began, the 88 was a very large car (in 1974, it was nearly 5.8m long). However, Oldsmobile ditched the full-frame, rear-wheel drive architecture in 1986, and built the redesigned 88 on GM’s H-body platform, complete with a transverse-mounted V6. 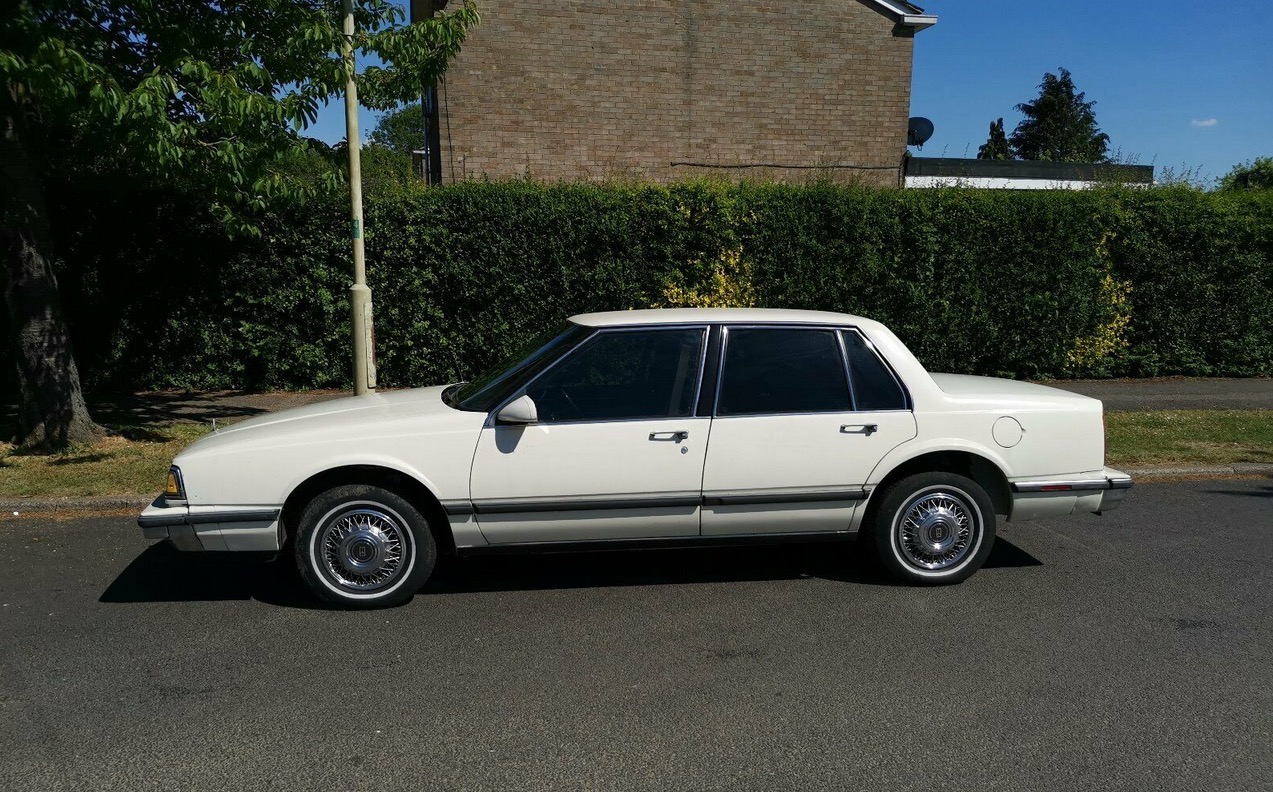 This Eighty Eight comes with GM’s 3.8L LN3 V6, an earlier version of the V6 that, in the late-90s, would win multiple awards for performance and durability. Rated at 165bhp and 210lb.-ft, and paired with a 4T60 4-speed automatic, it would push the car to 60mph in around 10 seconds. No speed demon, for sure. But that’s not why you bought an Oldsmobile. I mean, look at that velour! Comfort and style were the Eighty Eight’s selling points. 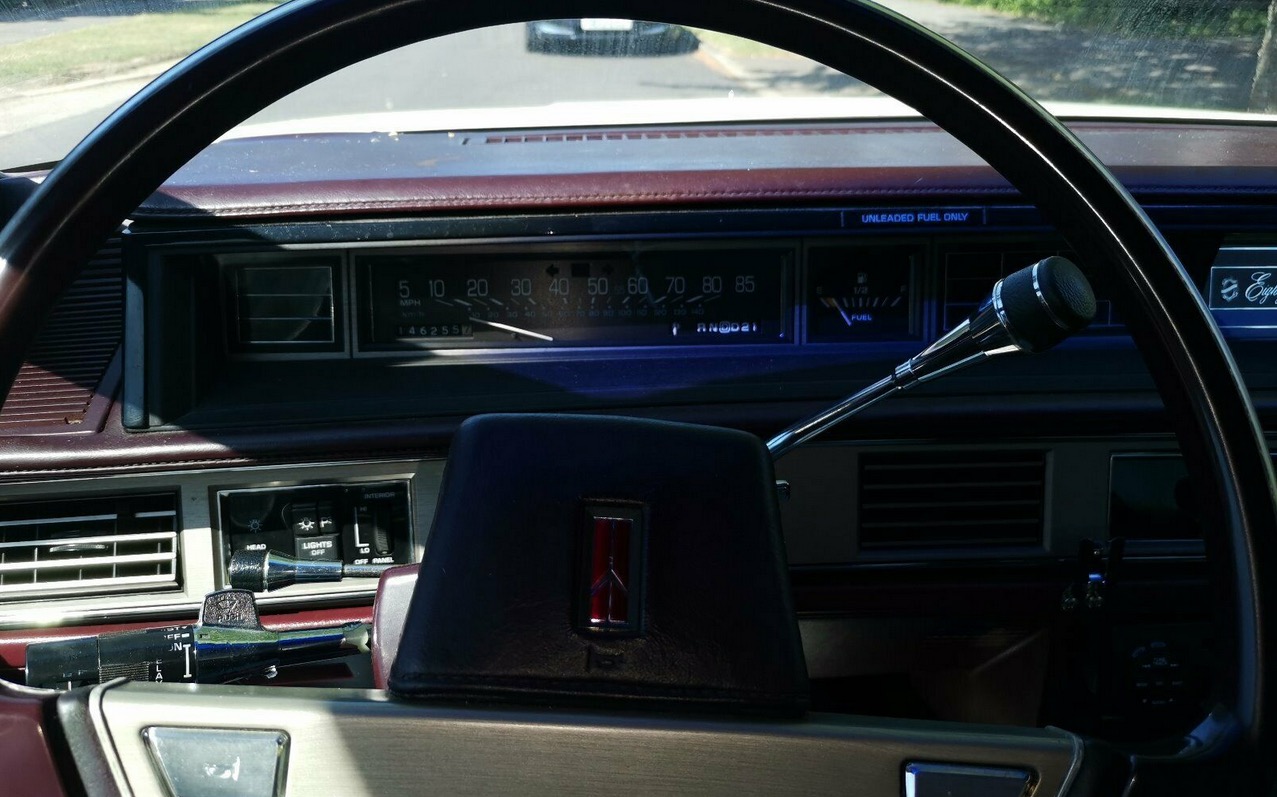 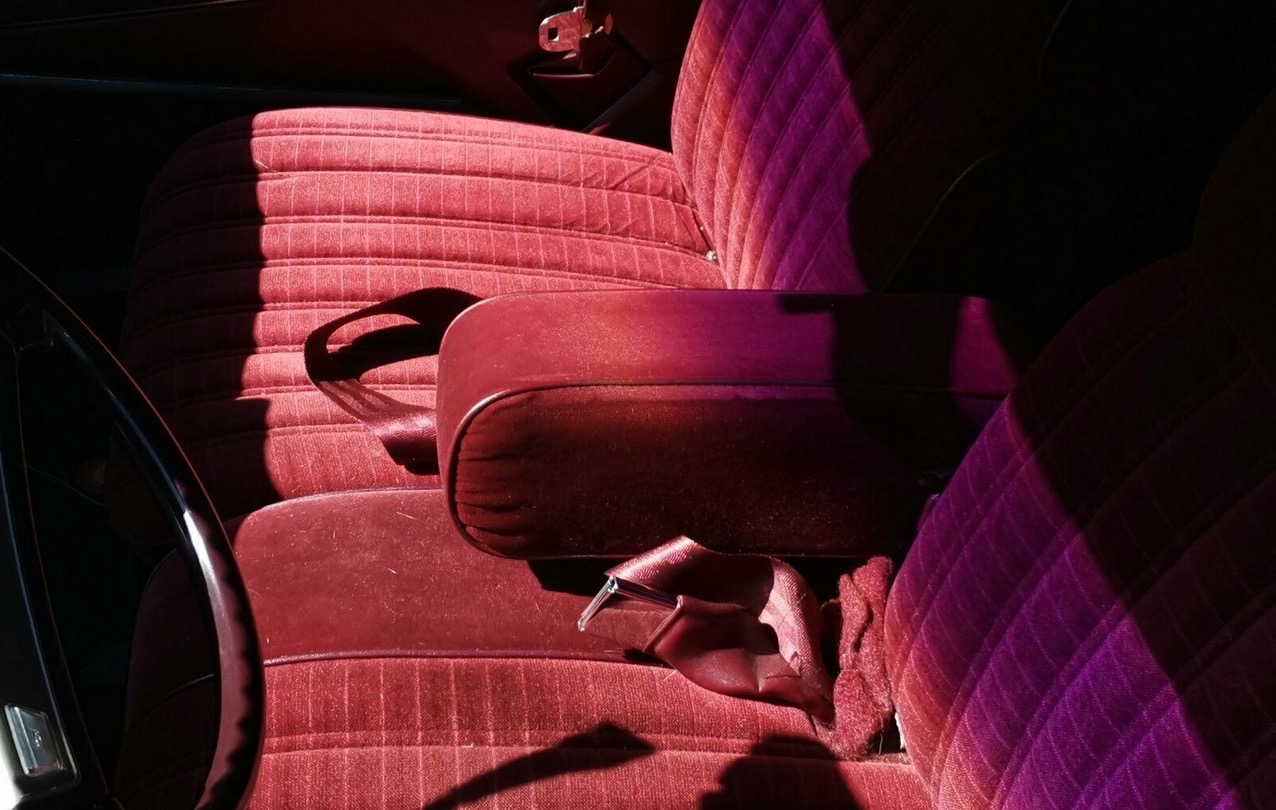 Should you buy it today? According to the MOT history, it’s barely moved in the past five years and is in desperate need of new tyres. But it looks pretty clean, and the drivetrain will be relatively trouble-free. You’re always going to need some brave pills for these things, but for a cheap taste of early-90s American motoring (and this one is currently running at £1200), it might be worth a punt.

Similar to the Eighty Eight, the Ford Taurus was introduced in 1986, and saved Ford from massive losses. Suffering from mismanagement and poor quality, Ford needed a big shake-up. A team was brought in to completely overhaul the way vehicles were designed and manufactured, and the outcome was remarkable. The Taurus was the first product to emerge from the new regime, and was a huge success. ‘Quality is Job #1’ was Ford’s new slogan, and thanks to the Taurus, Ford seemed to adequately prove that to its customers. It was certainly miles ahead of its competitors. 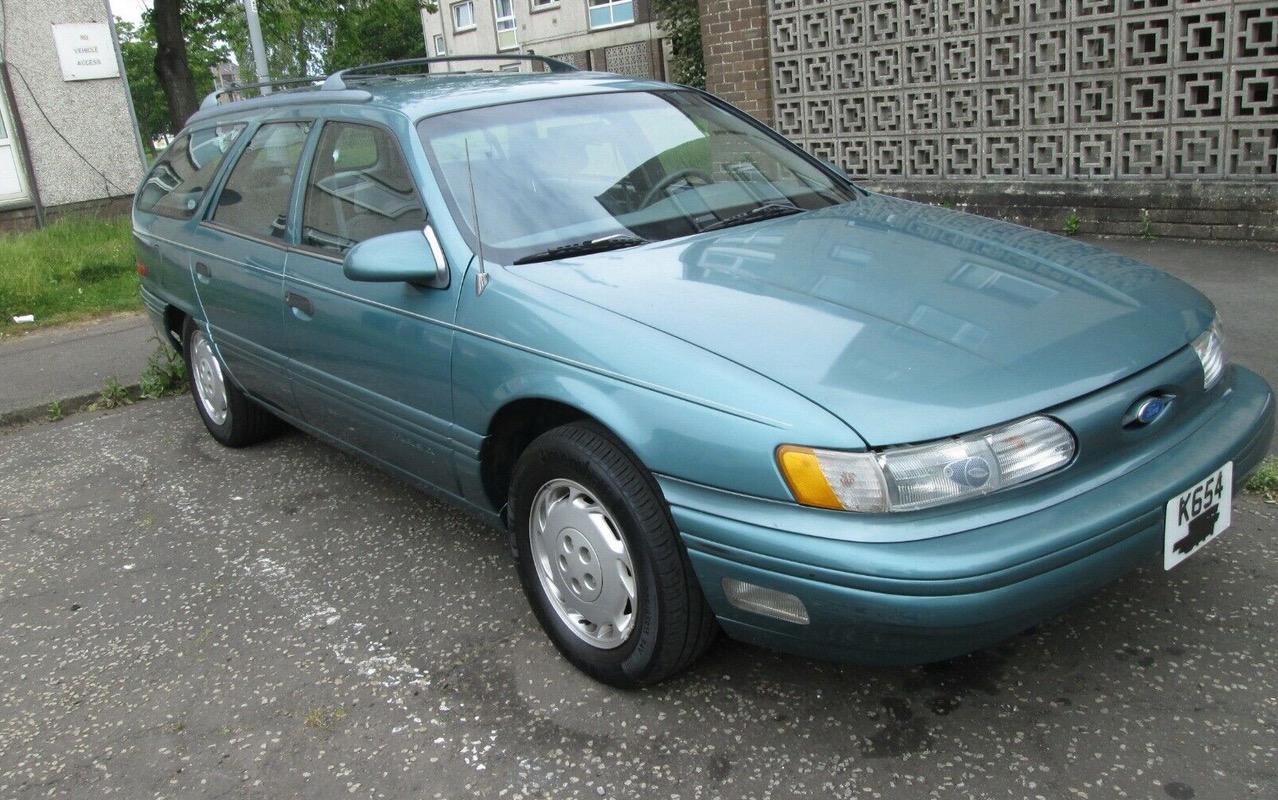 As was the growing trend, the Taurus was front-wheel drive, and featured a range of transverse-mounted engines. The design was said to be inspired in part by the Sierra. In 1991, the Taurus was redesigned, and the facelift model was even more popular, making the Taurus the best-selling car in America for the next four years. 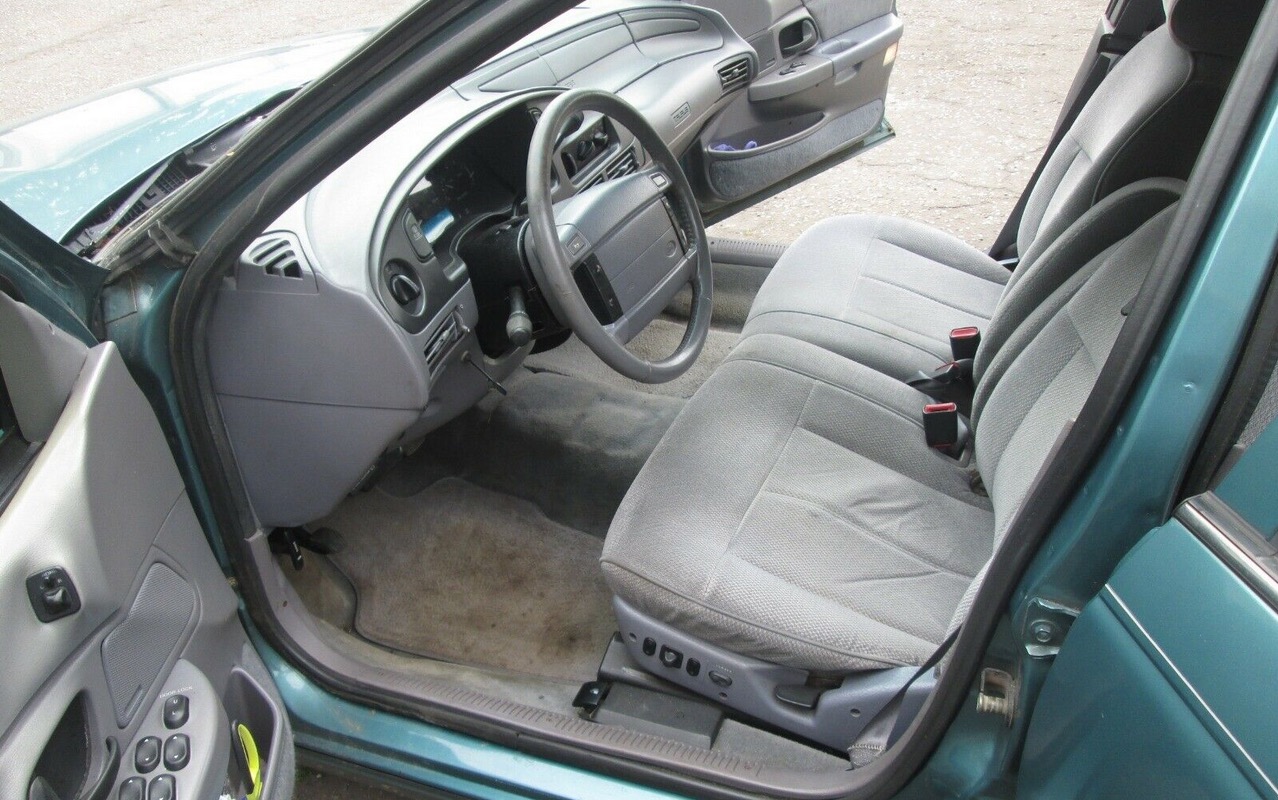 The wagon featured here has the 3.8L Essex V6, which is not to be confused with the British Essex V6. This 3.8L was produced in Canada, and featured a 90º V, overhead-valve design, and aluminium heads. It was good for 140bhp and 215lb-ft, and for the time, decent fuel economy. In American wagon fashion, space was the order of the day, and the Taurus offered plenty. A 50/50 seat up front meant room for three people, and a folding, rear-facing seat allowed for two more in the back. 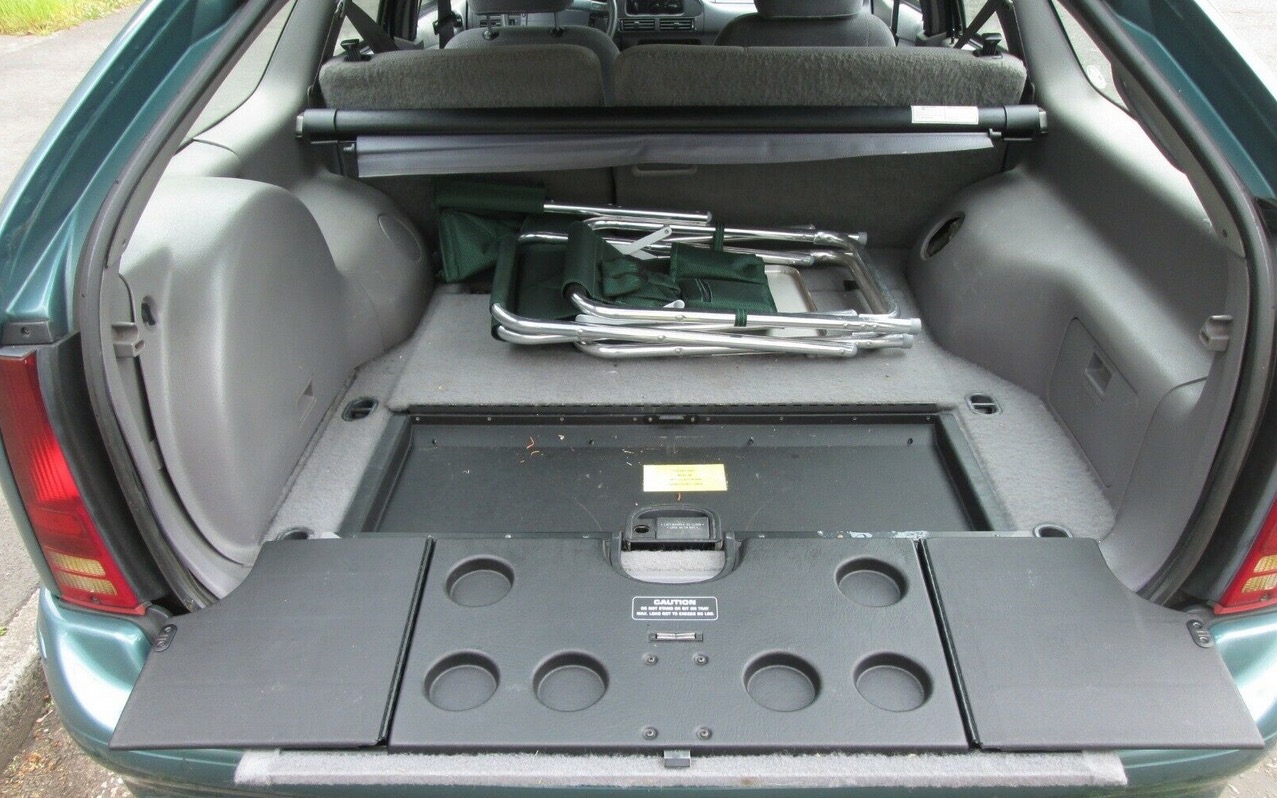 Should you buy it today? The plate’s been obscured on this one, meaning you can’t check the history. But the seller states it has had an engine rebuild, and also has a clean MOT. My Dad had one of these when I was first learning to drive, and so I can tell you from personal experience that they are quiet and comfortable cruisers. It’s up for £2250, but some good haggling could bring you in under budget, and you’d drive away with a unique and distinctly 90s piece of American automotive history.

Obviously, I am being less serious with this one. I won’t bother with the history of this car either, as these things are relatively common already. Plus, it doesn’t really matter, because no one in their right mind is going to buy this and restore it. 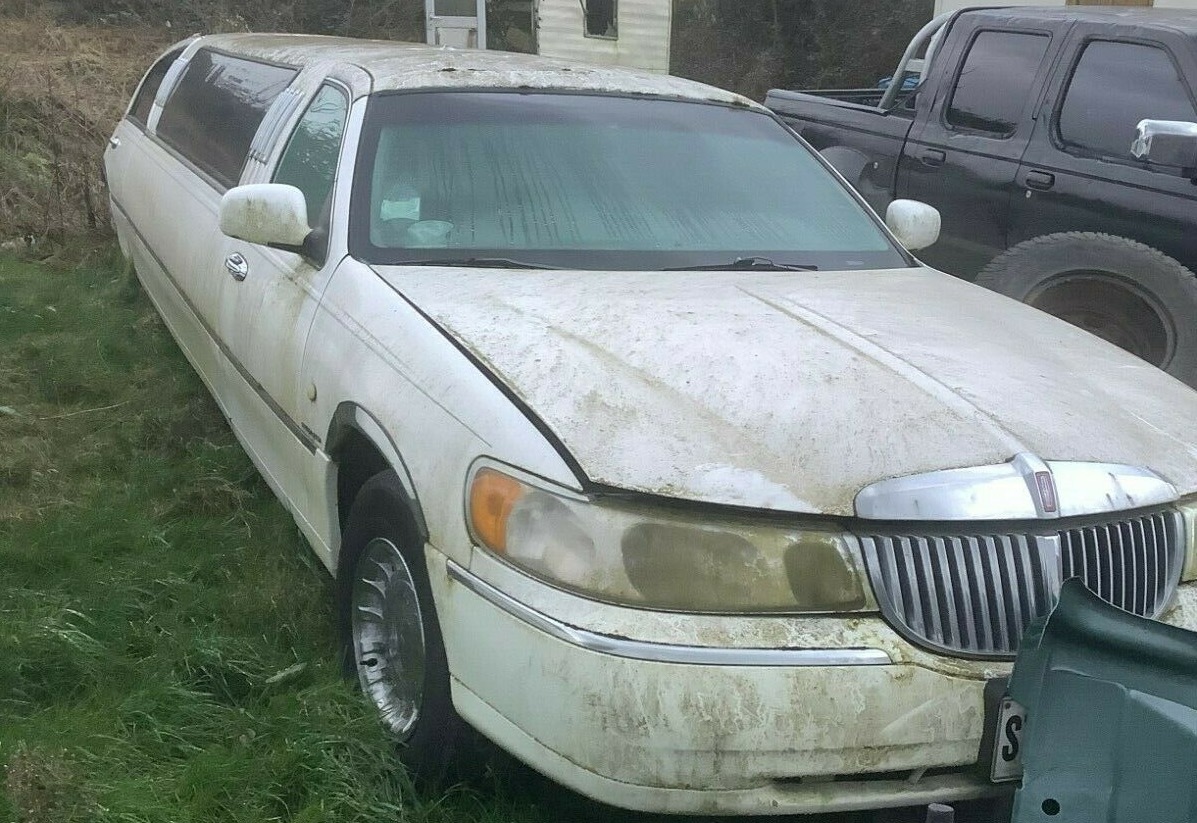 What you want out of this is the drivetrain. The Town Car features Ford’s modular 4.6L, overhead cam V8, which made 240bhp. That’s right, it’s basically a Mustang engine. And because it was stuck in a limo, it featured some upgrades, like a beefier cooling system, transmission cooler, and uprated alternator and battery. Find a £500 car ready for a donor powertrain, and have some eight-cylinder fun! 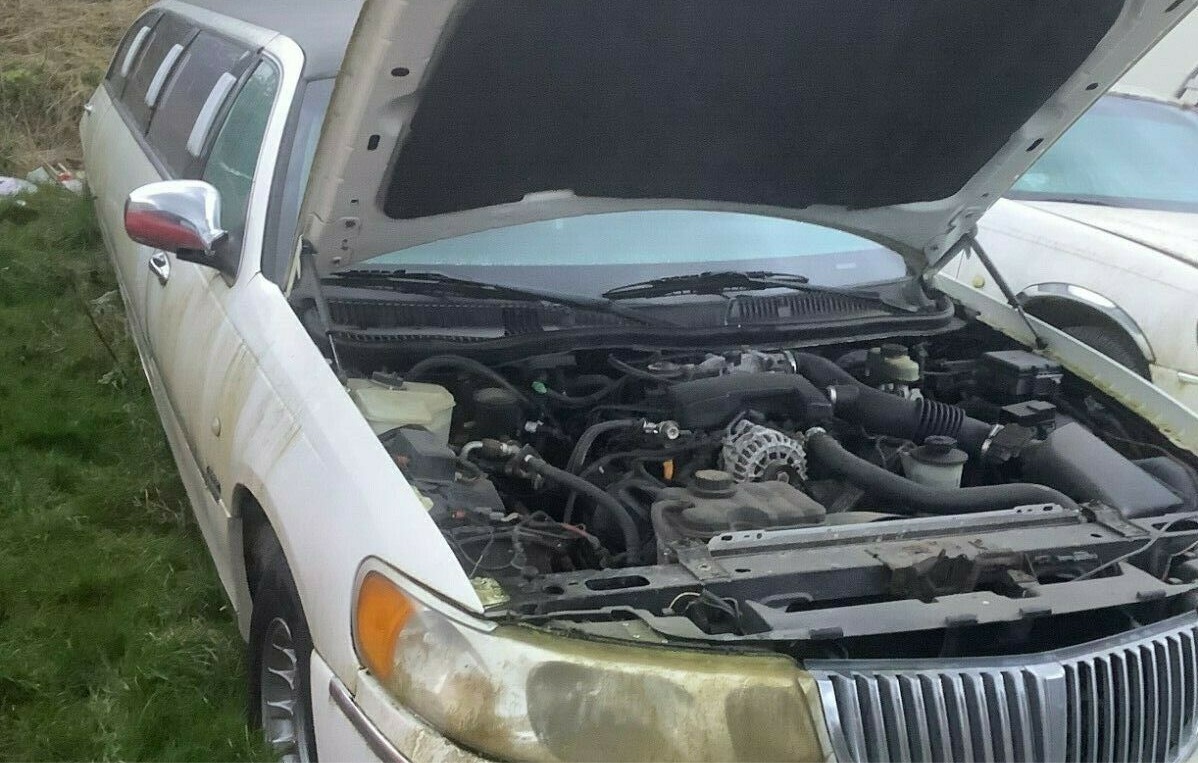 Scrap the rest, and if the interior isn’t trashed, buy some steel, a welder, and make yourself a sofa set for your front room.