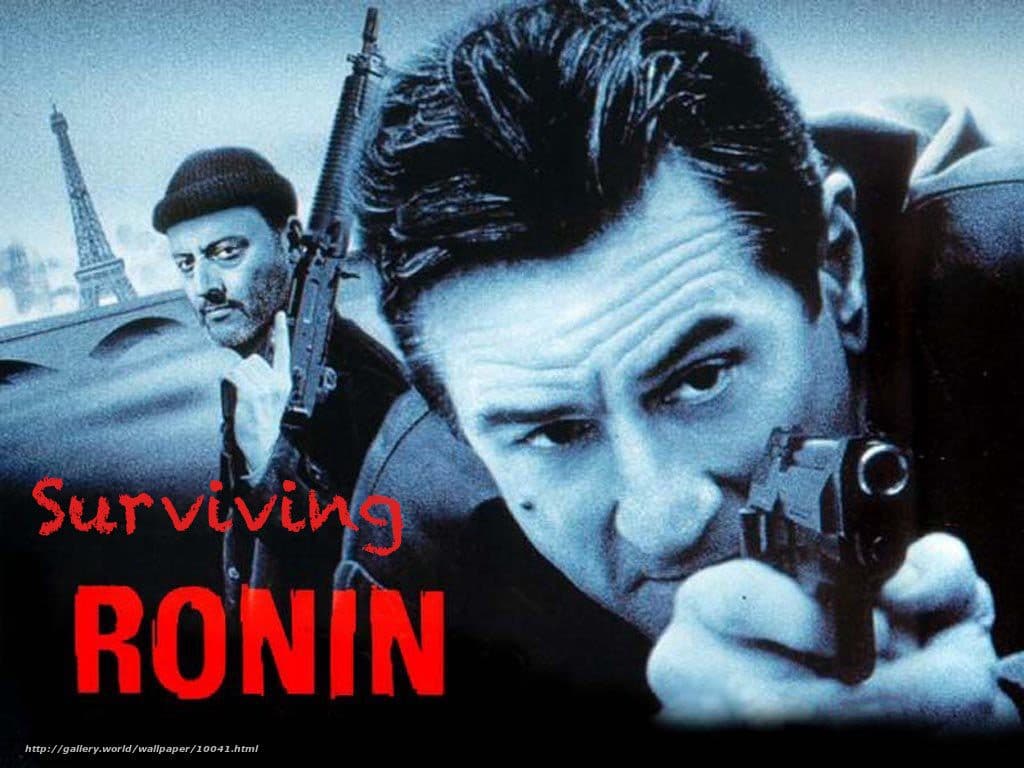 Because we’re the hub of relevance, we thought we’d take a look at a film from twenty years ago. Yup, 1998, when the internet was slow and dial-uppy, when the Millennium Bug was a distant threat and when Jonathan Price was cast as the most unconvincing Irishman in the history of cinema. Yes, say hello to Ronin.

The story was fairly rubbish, the acting wasn’t that great either, despite starring Robert de Niro, Sean Bean and Jean Reno, and the pace was all over the shop. But we’re not Barry Norman, so enough about that. Instead, let’s focus on the only reason people watch Ronin – the car chases.

Ronin is the car chase film of modern cinema. Cars winding through tight Parisian streets, gunfire, explosions, that tunnel, it has it all. Filming saw the destruction of literally hundreds of cars, which got us thinking, could you have survived Ronin?

Or, as Larry calls it, the “Auuuhhdi”. Silly American.

He needed something fast, so he charged Natascha McElhone with the task of getting him an Audi S8. She then delegated the job to Jean Reno, presumably because she needed to go and work on her awful Northern Irish accent some more.

Larry’s not done though. A full five years before Mr Potatohead and Paul Walker, Larry asks for nitrous. And he calls it nitrous. Not nauuuuuussss. Because he’s not from LA.

You’d think, then, that the S8 would be the car to survive the movie. It’s fast, it’s four-wheel drive, it fitted with laughing gas and to begin with, it looked promising. Escaping from a gun deal gone wrong, the S8 powered through Paris like it wasn’t no thang.

During the main heist, the S8 showed its German brawn, bashing some French cars out of the way with gusto. But in an ending not befitting such a fine automobile, the S8 ultimately gets left embedded in the front of a cafe in favour of Jean’s Merecedes.

Look, internet, we’re not getting into it. If you ask us, it was an early E34 M5. But others say it was a 535i. It could well have been both, what with films tending to use more than one car during production. Either way, it’s not important here. We want to know if the E34 was the car for surviving Ronin.

And, um, it was not. It was never going to be. It was driven by the baddies, so it was always going to crash. That said, if you’re ever being chased in Paris, the E34 would be a way to go. For a big car there is no denying how nimble it can be, which is handy when there are cars and Parisians everywhere.

Less handy was the E34’s weakness when being given a gentle love-tap by a 406. That and its weird change-design-and-size-mid-chase front wheel.

Think your peppy engine and your boy-racer image will save you from the unfolding chaos of Ronin? Not a chance. Into the back of a red 406 you go.

Bob de Niro cares not for your classic status, your dwindling numbers or your exciting suspension. Which is why he’s going to cut you up and force you into multi-car pileup with a small van, a Rover 800 and a 406 Coupe. Classic Bob. The dick.

Much like the E34, the XMs simply weren’t the car to survive Ronin. Again, this is down to being driven by bad guys trying to get their sex-pest-looking boss and case to his destination. It’s a shame, because the XM is a damn fine car. And one of the two in the film even did a jump, and let’s fact it, jumps are cool.

Ultimately though, they ended up full of dead Frenchmen. Or full of Auuuuuhhhhdi (god dammit, Larry) S8 and cafe paraphernalia. No dice.

The poor old Peugeot 406 (though it would have been new at the time) driven by Robert de Niro and Jean Reno gets a lot of stick. How could it have kept up with the M5? Well, did you know the car was the rare turbocharged model? It had plenty of hustle in its French bustle.

At first glance, it should have been the car to survive the film. It was in the key car chase, it was driven by our surly antiheroes, it only seemed to suffer a shot-off mirror and some light panel damage. So why is it not our winner?

Well, it’s a Peugeot 406 and Bob kicked the ever-loving shit out of it. Add in the probable suspension damage from hitting the M5 and you’re left with car that has given all it can give. To the scrapper for you, Puggy.

Drive a Peugeot other than Bob’s within the Ronin universe? You’re going to die. From the 205 falling off the transporter, the 106 being smushed by a DAF truck, the 306 into the wall, the 605 being blown up on the mountain road… it just wasn’t happening.

If you’re about to get in a Peugeot and you hear a questionable Irish accent or see a BMW M5, get a cab instead. Or the train. Or just walk. Cinematic history could be your saviour here.

You knew it, we knew it, it was always going to be the mighty 450SEL 6.9. It’s a German powerhouse with its thumping great V8, and it had Bob sticking out of the roof with a rocket launcher. So we ask you, how could this not be the car in which to survive Ronin?

Okay, so it was subject to some dubious CGI smoke effects, but on the whole it was a beast. It swallowed up the tight streets with ease thanks to brilliant braking and fully independent suspension. It laughed in the face of being shot at. And when on the open road, the 6.9litre engine had more than enough grunt to hunt down the bad guys. And most impressively of all, it looked effortlessly cool throughout.

Well done, Mercedes, but can you answer us one question? What colour was the boathouse at Hereford?