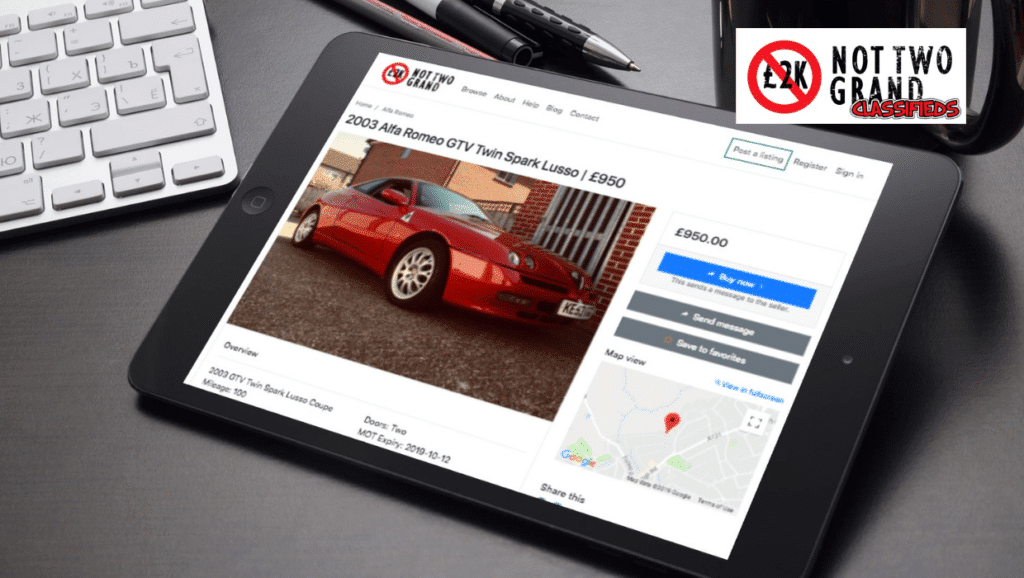 Yes, Not £2 Grand classifieds is live, and with your help, this could well be the online hub for buying cheap cars.

So what’s it all about? Well, quite simply, our man who does all our web stuff has built a bespoke platform on which you can sell your cars. Mike is clever like that, it’s a bit like having our own Neo from The Matrix, but with less Agent Smith and more rusty old shit.

The site has been built to be delightfully simple to use, both from a browsing point of view and also from a listing point of view. However, there are some caveats. But they’re in place so that the listings are honest, and so that we can make the site as enjoyable as possible.

You have to register to sell

You have to put your location

Furthermore, no ad will go live until we’ve approved it. This is so that anyone who tries to list a car that’s, say, actually five grand, can be taken out back and beaten with a timing chain. We’re not running a dictatorship, we just want the site to be exactly what it says it is. Cars, of any age, make or model, for two grand or less.

There we go then, it’s live and it’s ready to go. If you have a car to list, please do. It’s completely free to do so. The more cars we get on there, the more traffic it gets, the more traffic, the more cars will be sold. We want this to work, but not for us. We want it to work for you. As such, if you have any questions or issues, email us at team@not2grand.co.uk and we’ll look into it.

Have at it, team.