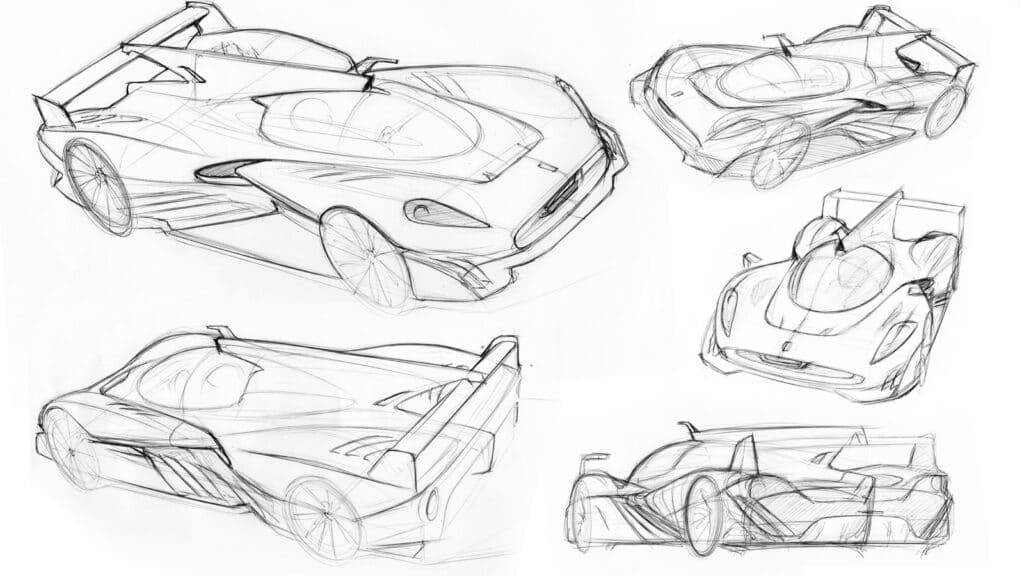 Good design is something to be celebrated. It makes things pleasing to the eyeballs, and it makes things better and more enjoyable to use. Truly good design, of course, does both. The time, effort and art that goes into good design is a very welcome thing. But it’s not always obvious. Sometimes, examples of good design can be hidden, even evasive in some case. It can be overlooked because it’s so good. By which, we mean it blends into a bigger picture – say, a car – seamlessly. Or, it could be a case of the car being so dull that said good design is missed. And there’s a bit of that here (looking at you, Vectra), but by and large, the five cars we have selected below are here because each one has a design feature worth shouting about. Car design, as you’re about to see, isn’t about the car as a whole, it’s about the little details. 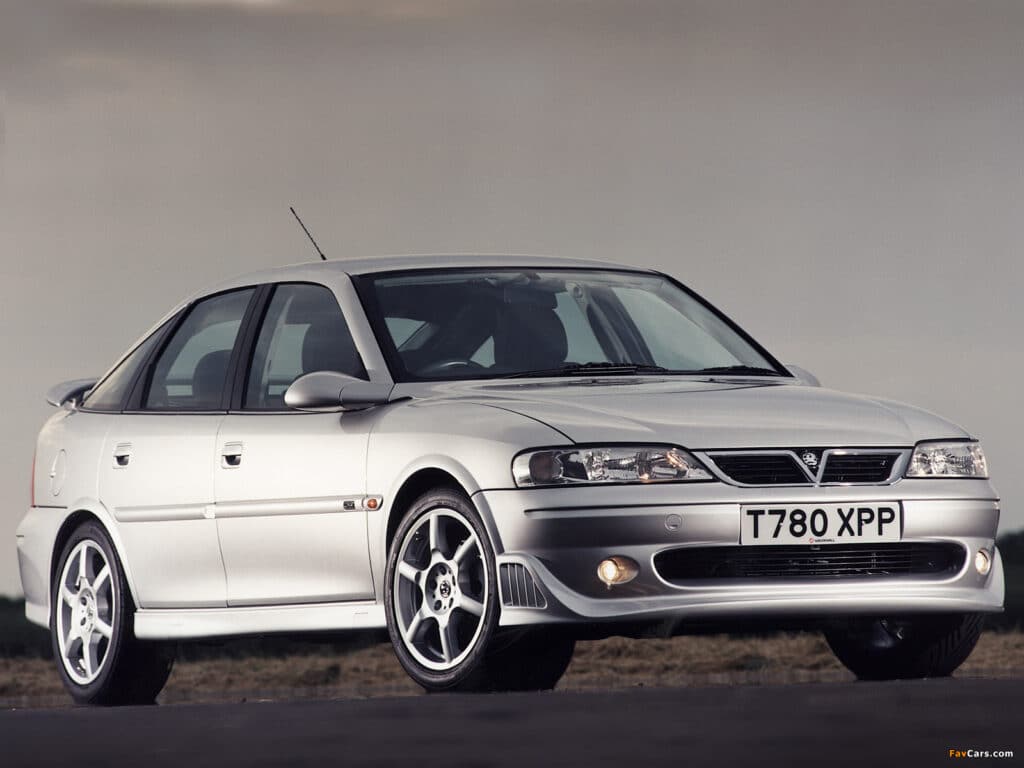 No, really. The Mk1 Vauxhall Vectra hides within it a great bit of design. But where? Well, it’s one of the most used parts of the car. Yes, the wing mirrors. These are a design triumph. They could have just stuck wing mirrors on as per every other car, but no. Instead, the designers laboured over a design that incorporates flowing lines, the wing, the door and the bonnet. It makes the mirror a more organic, flowing part of the car. It’s a glorious bit of design that very few cars can claim to have bettered. Bravo, Vauxhall. Bravo. 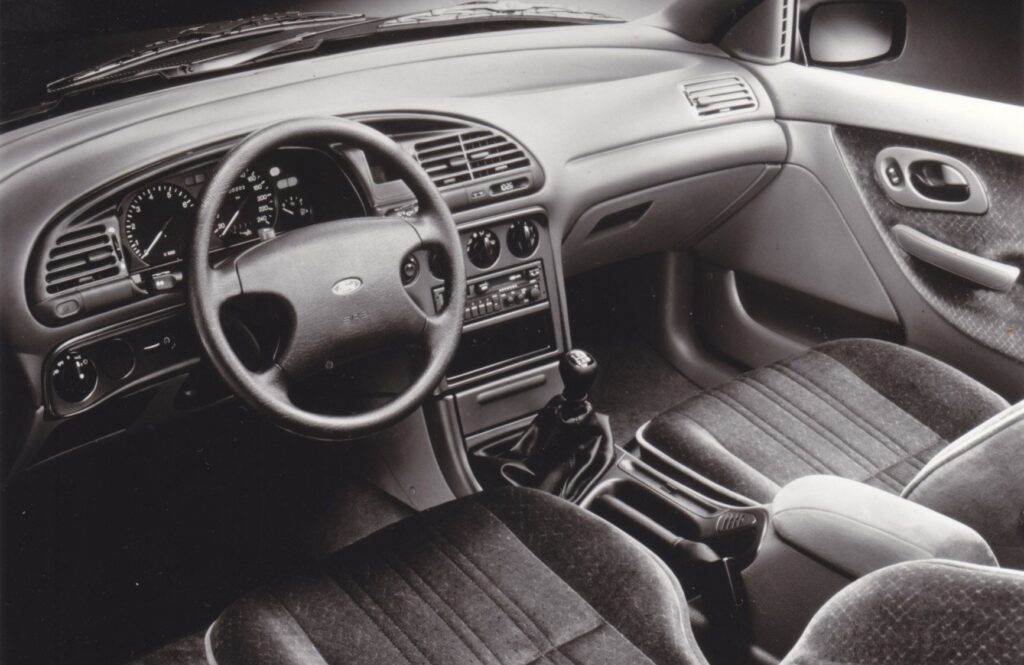 Yes, the humble first generation of the Ford Mondeo is worthy of this list, not because of how it was a brave and slippery departure from the Sierra it replaced, but because of a pen holder. Some of you, right at this very moment, are nodding in agreement. Yes, the Mondeo is on this list of design greats because Ford built a pen holder into it. A nifty little spot, built into the sweeping lines of the centre console, it was pointless but also brilliant. Or was it pointless? The Mondeo was a car aimed at middle management, so why not have a little spot down by the handbrake to hold your stainless steel Parker? The junior sales team, already envious of your Mondeo, would surely be pushed over the edge by that. This pen holder may have inspired other salespeople to push hard to close more deals and to make more money. This pen holder, then, could be responsible for widescale sales success. Or, it was just a cool spot to put a biro. 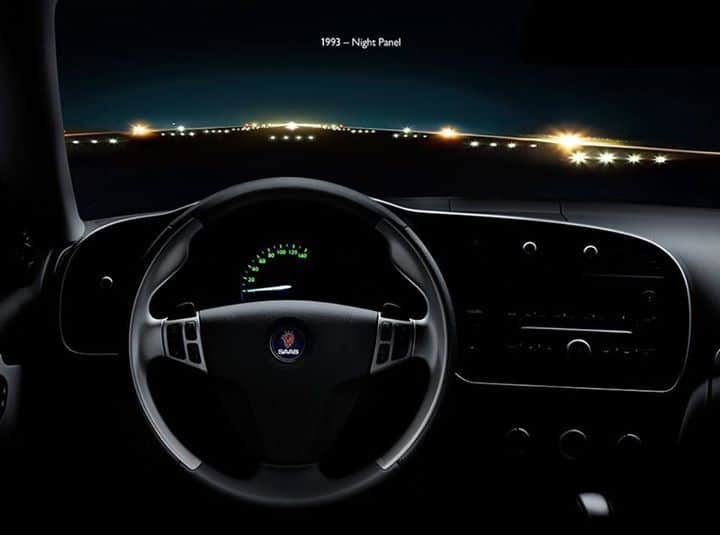 You can’t have a list of natty car design without including an offering from Sweden. And while there are many features across the history of Saab that we could talk about about, there is one in particular that we want to highlight, which is ironic given said feature actually turns lights out. Yes, we are of course here to celebrate the Saab ‘night panel’. It’s a simple little button on the dash the kills all all the interior illumination bar the speedometer. But why? Saab would have had you believe that it was to mimic the cockpit of a fighter jet. Saab also tell you it was to heighten the night time driving experience by giving the eye less to be distracted by. All we know is that while pointless in reality, it’s still pretty cool. You know, when it works. Which on most old Saabs is rare. 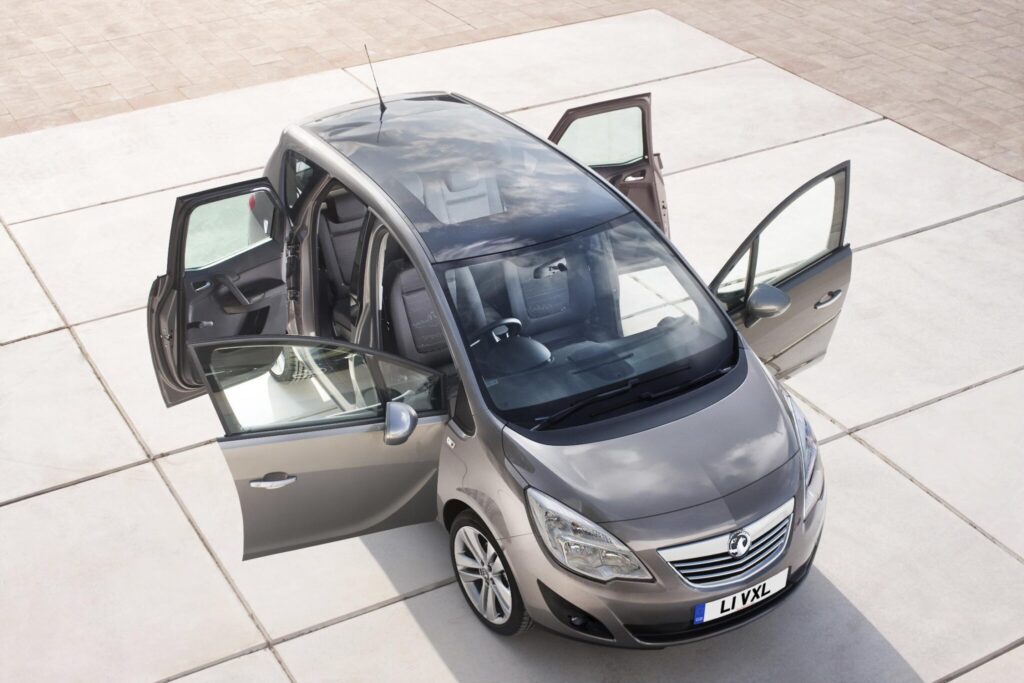 ANOTHER VAUXHALL? Yep, and this time is the car you totally forgot about – the Meriva. The first Meriva was more toaster on wheels than actual car. The second one, however, was much better, and had some serious design kudos. It featured not only a very clever cabin with sliding centre console, an optional panoramic roof and other goodness, but also some very clever doors. The rear doors opened from the C pillar, not the B as is tradition. This meant that getting the kids in and out was easier, especially if they were in a child seat. It was clever, it was designed with the family in mind, and if you need a handy, practical machine for yours, this is it. And all for less than two grand. 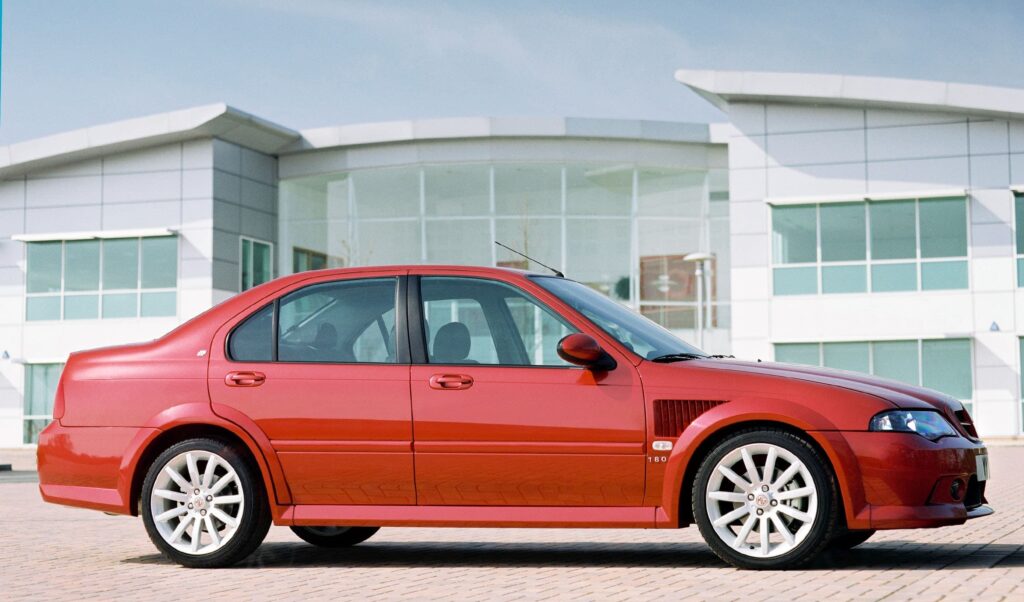 The Rover 45 was an okay vehicle. More Werther’s Original on wheels than an actual car, it was the three-box vehicle of choice for people called Gerald. A regular wearer of a National Trust sticker, the 45 was a lot of things, but exciting wasn’t one of them. Imagine, then, when the MG ZS arrived. In normal trim, the tuned, stiffened, faster version of the 45 was a blinder of car. However, MG boffins weren’t done with just bright paint and MG badges. For a couple of extra quid, they would throw on an X Power body kit. Flared arches, vents in the wings, big alloy wheels and, if you wanted it, a whopping great boot spoiler big enough to make an Impreza blush. It was, and still is, a glowing example of what good design can do to an otherwise unassuming car. One day, ONE DAY we will have one.