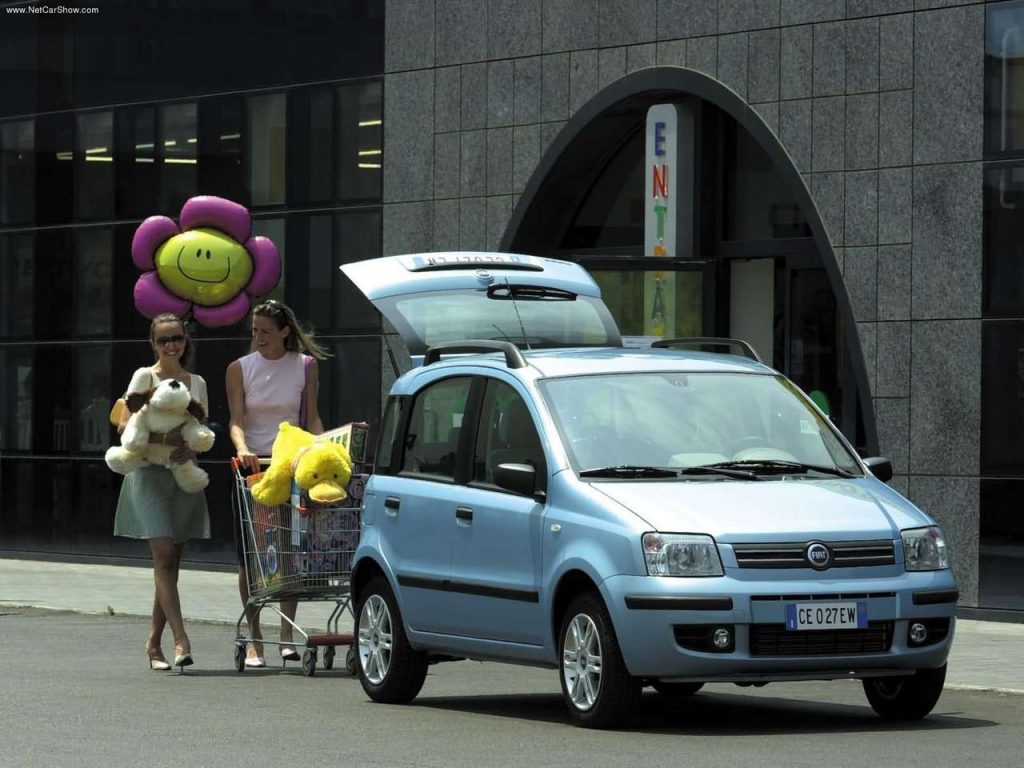 It’s nice to have fun. Fun is, after all, one of life’s little joys that help keep us sane. Fun is also the solution to many of life’s problems. We like fun. Our SEO software doesn’t, because we’ve said fun too many times already, but whatever. SEO software ISN’T fun. What is fun is driving. There is nothing more f… enjoyable that getting behind the wheel of your car and taking to the open road. Certainly, some of the best drives we’ve ever had have been the drives with no destination. The drives for the sake of driving.

But here’s the big question; do you need a flash, expensive car to have fun? Does it need to be laden with badges that hint at speed and performance and maybe the Nürburgring? Do you need ample horses and bucket seats to have a good time while driving? Do you need to spend tens of thousands? Do you buggery. Instead, you just need to think outside of the box a little bit. Which is exactly what we’ve done here. But before you scoff at our suggestions, have a read. We’ve chosen these cars from experience, and we like to think that these five will show you that automotive fun comes in all shapes and sizes. 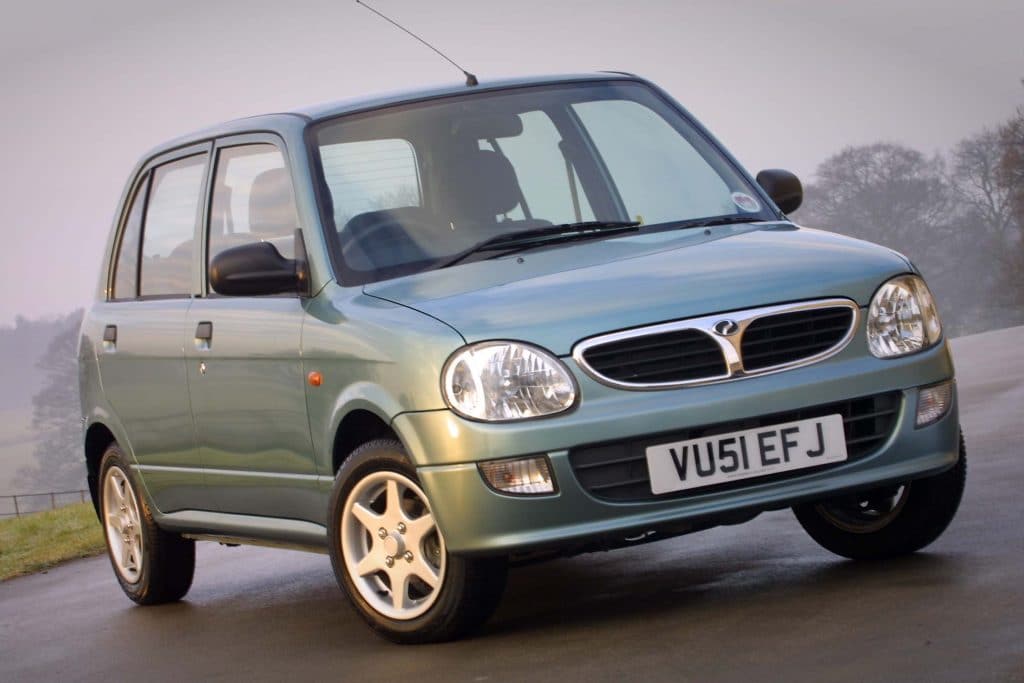 Stop it right now. Stop laughing. Yes, the little Perodua is something of an odd little car, but it’s also rather brilliant in its simplicity. We’ve taken some time to chat about it before, and our thoughts on the little Kelisa still stand. It might not be glamorous, it might not be fast and it definitely isn’t furious, but man alive, it is fun. The suspension is as tight as a drum, the steering is sharp and direct, the visibility is excellent, the three-cylinder engine makes a charming little warble and as such, it’s hard to dislike it. It’s like a small, giddy dog that’s always happy to see you.

The fun to be had here comes from the way the Kelisa drives. It is very Mini-like, and by that we mean the original Mini. The dimensions are similar, too. It is proof that it’s not about the power you have, it’s about how accessible it is, and in the case of the Kelisa you can get to every one of the three-cylinder, 989cc’s 54 horses. And you will giggle as you park it in impossibly small spaces, you’ll smile like a loon when you realise you only have to fill it up once every nine years, and you’ll constantly feel like you’re in a go-kart with a roof, so direct and sharp is the handling. Trust us. 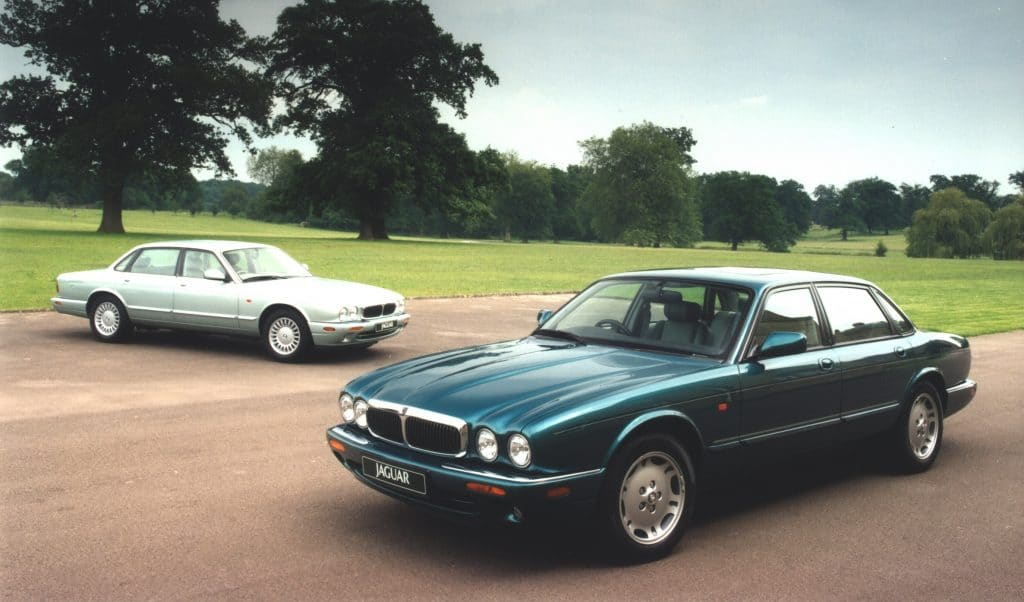 Yes, a Jag. A big, silly, wallowy old Jag. It is everything the Kelisa above isn’t. But still, it’s fun. Why? Because it embodies a different kind of fun. The Jag, any big, cheap Jag, will make you chuckle because you’ll feel like a Lord or a leader of industry, or maybe a bit of a gangster. People will look at you and think you’re some sort ‘old money’ whatever that means. You’ll have presence on the road. An old Jag commands respect and as such, more inferior cars will let you out of junctions. And the best bit is that onlookers will have no idea you only paid £700 for it. Nor will they know that you have thirteen MOT advisories for rust. But they don’t need to know. Plus, in an old Jag, nobody can hear you cry. Which is good, because when it fails its MOT or when you have to fill it up, you will. Lots. Less fun at that point. MOVING ON. 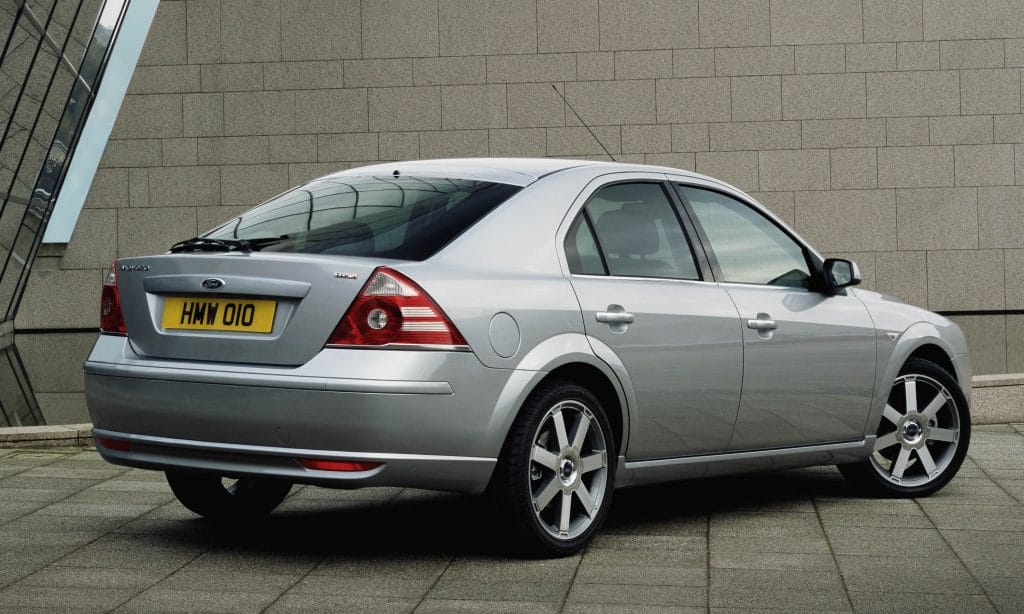 No, not an ST TDCi, or a mighty 3.0 V6 ST220 (though both are excellent). They’re too obvious. And you don’t need an ST badge to have fun in a Mondeo, and this is something we know from experience. Back when we worked for Retro Ford and Performance Ford magazines, the company had a number of Mk3 Mondeo diesels as pool cars. First of all, they should be commended on their sturdiness. When they weren’t snapping springs, they were pretty faultless. We had a 52 plate car that had 230,000 miles on it before we… sold it on. Not scrap it. The company sold it. It lived on. A car that had been driven hard its whole life by a company’s worth of motoring hacks. Impressive.

These old Mondeos would lap up the miles. We’ve driven them to Scotland and Ireland multiple times, always in comfort and always frugally. But where they really stood out was on fast B Roads and, urm, Bruntingthorpe Proving Ground. A lawless land where we could drive them as fast as we liked, and we did, and we piled them around the circuit and they were an absolute riot throughout. Get comfortable with the lean and wallow, and you could easily Scandinavian flick one into a mean slide around the bottom bend. Normally at around 70mph. The were silly, silly amounts of fun. Not because we were abusing them, but because they seemed to like it and ask for more. Drive a diesel Mondeo over a Welsh mountain pass, keep it on boost and tell us we’re wrong. Dare you. 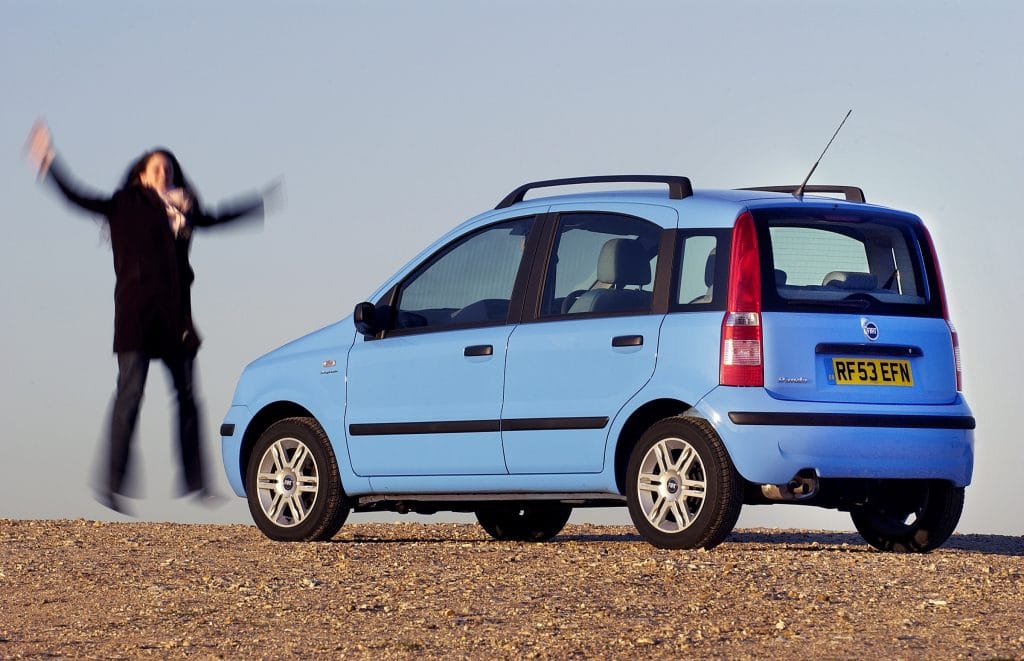 The Fiat Panda is so much fun it can make ladies in big coats levitate and go all blurry. How many other cars can say that? In terms of fun, the Panda has a lot of qualities found in the Kelisa above. However, the suspension is more forgiving and thus, the way it provides fun is more… leany. It’s a fun little car that you can chuck about, that you can buzz through the gears right through to the red line, that you can thread through busy traffic and that will cost you about 9p a year to run. It’s fun because, like the Kelisa, it’s simple. It’s not trying to prove anything or beat anything, it’s happy in and of itself. And there’s a lot to be said for that. It’s a cheerful, upbeat, happy car. You can’t get out of a Panda and be in a bad mood. It’s simply not possible.

And the Panda also offers ways to expand on your fun. You could opt for the 4×4 version and delight in making it scrabble through mud and over rocks. Or you could go down the road of the 100hp model and laugh like a lunatic at just how well it drives. The 100hp is an absolute riot that will, without fail, always make you take the long route to wherever you’re going. It will make you love driving again. And that’s no bad thing. 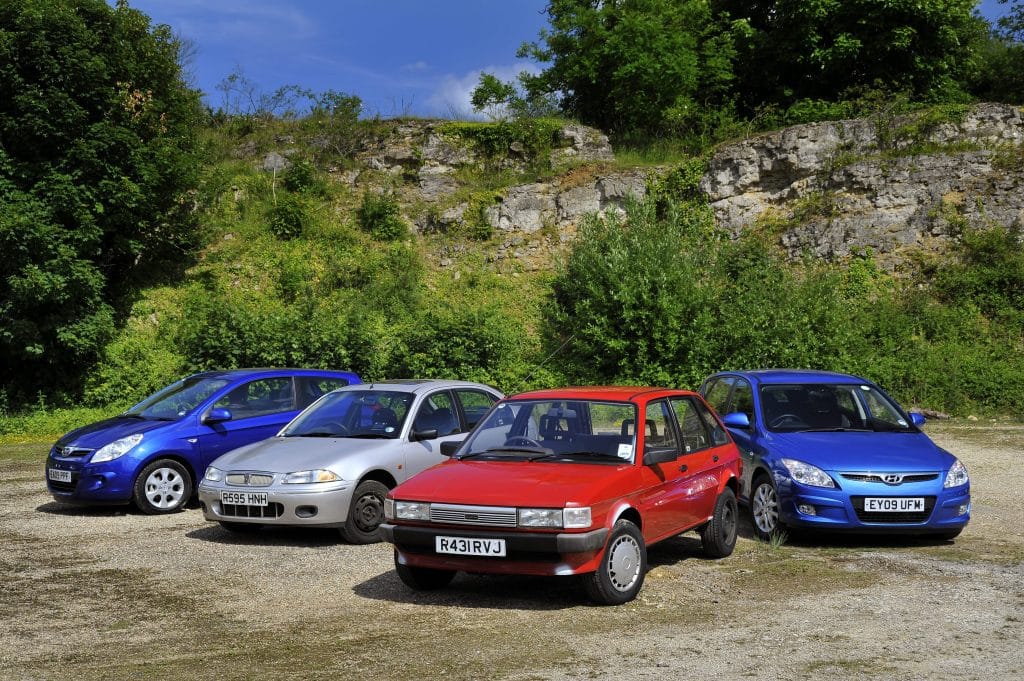 Finally, we have the broad church that is any cheap car. And we cheap in the ‘oh, the binman has hit it but I don’t care’ kind of cheap. Not a bargain car, that’s different. A cheap car is a bit frilly around the edges, the radio only gets KISS and the passenger side window falls out if you hit a speed bump. Bonus points if its nine different colours but is not a Volkswagen Harlequin model. More bonus point if the interior takes on different, musky odours depending on the weather. We’re talking about cars that are knackered. Cars that are, without question, going to the scrapper next, not the MOT man. These cars are, by their very nature, fun.

Owing a car you like is a stressful thing. You want to care for it, you worry about car park dings, you whimper softly if you hear a new, unexplained rattle. Cars we care for are cars that cost money because we want to keep them in great condition. Cheap cars are not like this. Cheap cars are cars we fill with hardcore and fetid garden waste for a tip run. They’re cars you never wash. They’re cars you learn from, because rather than fix that noise, you instead decided to see how loud you can make it. By not caring about the car, you can focus instead on the fun of driving. This is why we strongly believe first cars should be a bit knackered. That way, it doesn’t matter if you rally it down a farm track, it doesn’t matter if you prang it into your mate’s Hyundai Pony (this may or may not have happened) and when it expires, you’re not sad. You smile and think fondly on the care free fun you had with it. Then you buy another and repeat the process.