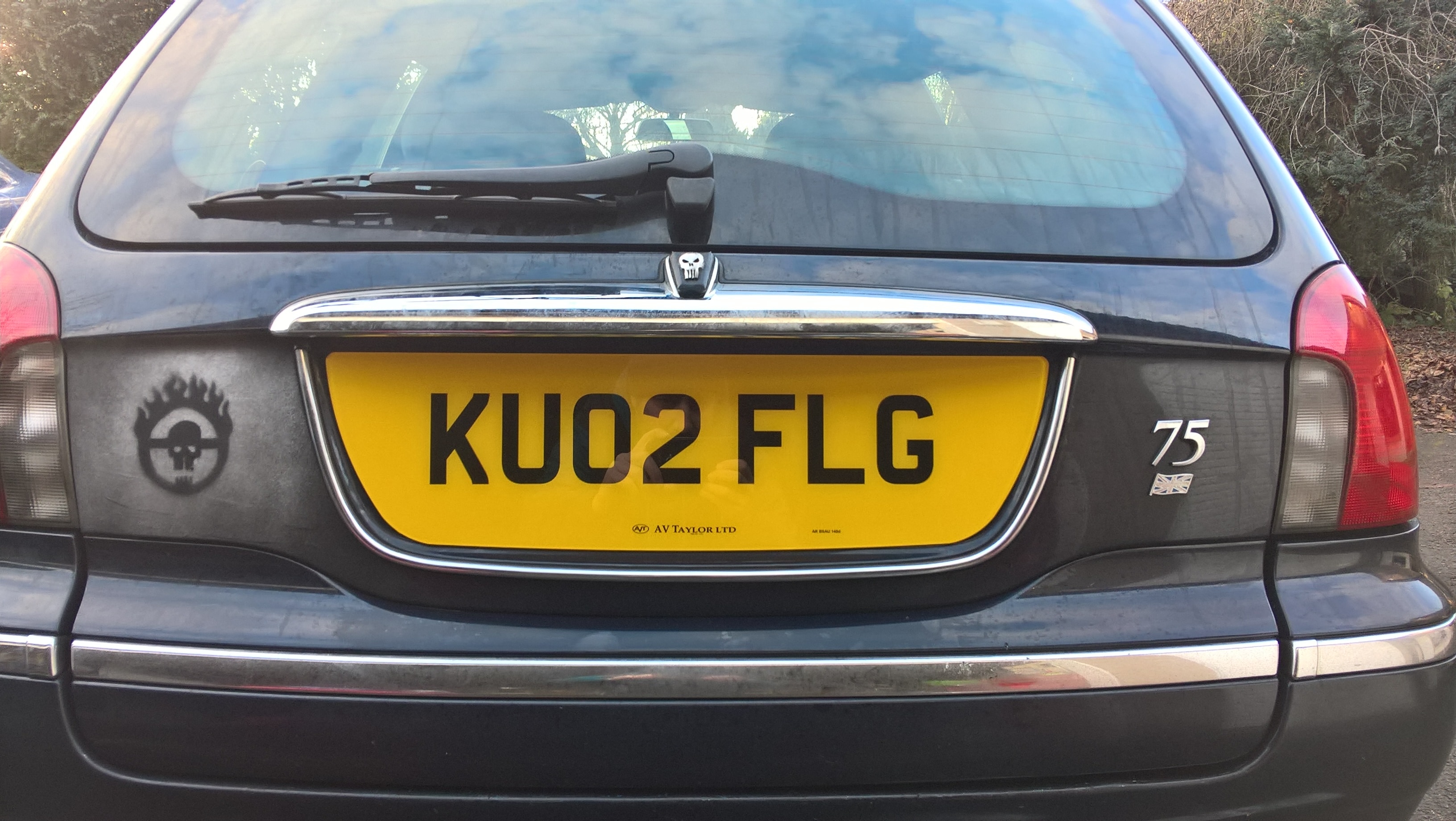 Patrick Swazye has a work car and a nice car, he knows his work car is going to get damaged because of the nature of his job. His nice car is kept under a cover in a garage.

The year was 2008. Katy Perry was kissing girls and finding it quite appealing, Iron Man and the Dark Knight were battling for the box office and I was midway through rebuilding my 1969 Dodge Charger.

Whilst that was going on I had a few daily drivers come and go, my short wheelbase Mitsubishi Pajero, a Subaru Legacy Outback and my daftest daily ever, a Dodge Ram Day van.

As expenses for the Charger piled up I needed to ditch the stupid 3.9L V6 of the Ram and get something sensible, practical and economical. I hit a well known car website and entered ‘diesel’ and ‘estate’ within 20 miles.

Little did I know that the first car I would see and drive would end up being the best ‘daily driver’ I’ve had to date.

I knew the Rover 75 had the BMW 2.0L diesel engine and that it would get around 55-60 mpg, which was grand, as I was building a 7.2L muscle car and would need to save my fuel money for that.

It was around this time that I started driving a lot more for work. Being a lighting technician for film & TV, I ended up in some sketchy parts of the country. I soon found that being an old Rover was its own form of security.

I never figured on keeping the car this long, all it does is quietly get on with the job, miles go by under its wheels and it’s nice real estate to find yourself in for hours on end. It is comfortable, well laid out, even mine which is the base ‘Classic’ spec version. It’s the best stereo system I own that’s for sure.

I love my Rover, I’ve convinced three or four other blokes I know to buy a diesel 75 estate, one guy liked it so much he bought a saloon version for his wife.

I sing its praises to anyone who will listen, on twitter and in real life.

I call it ‘The Hardest Working Car in Showbiz’, or ‘The Mighty 75’.

People are probably sick of me banging on about it, but the simple fact is it’s the best car I’ve ever owned for just getting on with the job. I’ve had bigger, faster, sexier cars that draw crowds but the Rover is always there when a project car won’t start or I need to pop out for bits etc.

My Rover 75 has a split tailgate which is phenomenally handy, it has been used as a film vehicle many a time, complete with a camera poking out through the open glass.

I’ve done bits and bobs, bigger 18” wheels from an MG ZT, plus sport seats from the same. I needed the extra bolster as I’d developed somewhat of a ‘gangsta lean’ whilst driving.

I’ve replaced a starter motor, exhaust, upgraded the stereo, lights to LEDs and made a deal with the car that if it got me to 200,000 miles I’d fit a new clutch as a reward. We both held up our parts of the deal. I’m currently just shy of 250,000 by the way.

My dad had a couple of Rover 800 fast backs when I was a younger human and the brand never had any negative ‘old man’ connotations until I started going online more. I’d always thought of Rovers as luxury cars up there with BMW and Mercedes. I suppose I champion my car so much because I’m a big supporter of underdogs or the overlooked.

I intend to keep my Trusty 75 on the road for as long as humanly possible, if this engine dies I’ll fit another.

It gets dings, scratches and knocks with all the miles and dangerous film sets it visits (danger from hire vans and inexperienced drivers manoeuvring in the dark after a twelve hour day) but that’s the Rover’s job, it’s my Dalton work car. My nice car (whatever it may be a time of your reading) never goes to set with me. The Rover does all the hard work, long miles and heavy lifting and has done so for nine years!

I’ve never had a functional car that kept going for that long.

People I work with regularly smile when I rock up to the job in the Mighty Blue Longship and remark: “Is that thing still going?” or something similar. I see their cars come and go but I remain loyal because I reward trustworthiness and my Rover 75 has never let me down.

I wholeheartedly endorse the purchase of diesel engine Rover 75 Tourers should you require tasteful, practical motoring for getting work done.

My Rover 75 is an unstoppable force and if it ever meets an immovable object, I will repair and rebuild it because that’s what you do for your friends.

See my wacky automotive adventures on twitter @Joe_Hallenbeck and if you see me on the roads give me a wave, I’m the one in the Rover.