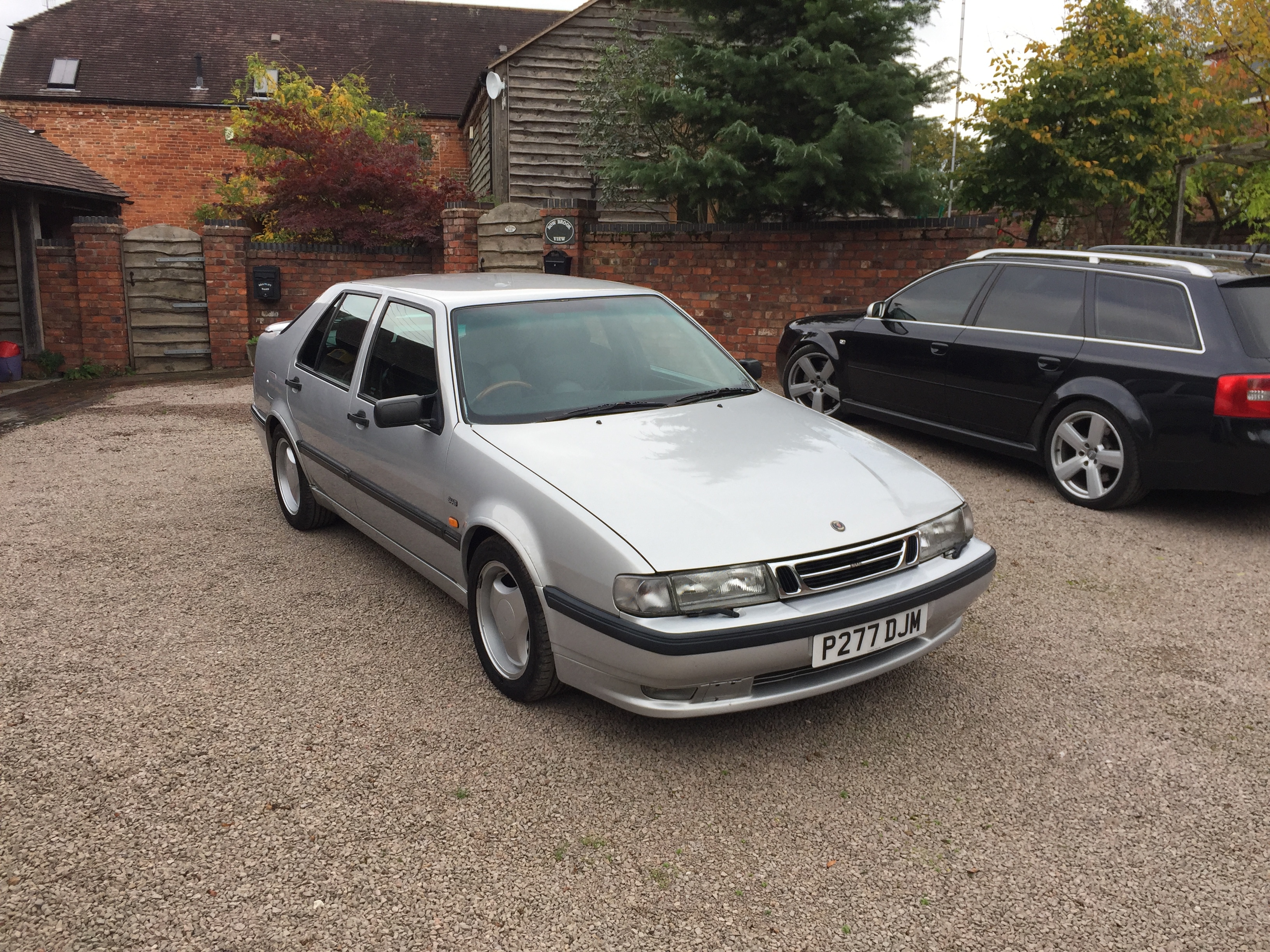 Back in the 1980s Saab had a bit of a problem. After pioneering turbocharging for mass-produced cars – something that came about because Saab had no money for new engines – the Trollhättan trolls realised there was, in fact, no money for new cars either.

This was doubly problematic. Firstly, Saab’s only car – the 900 – was pretty long in the tooth being essentially a Saab 99 with a bum and boob job. And secondly, keeping a factory busy with just one model was not really a recipe for long term survival. And so thinking caps were donned and ideas bounced around.

In modern times, of course, manufacturers solve this problem with badge engineering. Calling an Audi Q7 a Skoda Kodiaq or a VW Tiguan an Audi Q5 depending on who might buy it and how much they might be prepared to pay, successfully keeps production lines rolling. But in the early ‘80s this revelation was yet to come, and so otherwise independent volume-challenged manufacturers tended to migrate towards each other in a bid to solve a mutual problem. And so it was that Fiat and Saab got together and devised the Type Four platform, designed to spawn three different mid-market executive cars for Lancia, Fiat and Saab. With some magic Guigiaro fairy dust the Thema, Croma and 9000 were born.

Perhaps misunderstanding the concept of shared resources and economies of scale, Saab’s engineers participated in the scheme and then conspired to make the 9000 completely different from the other two cars, such that even the doors, which nominally share the same skins, aren’t interchangeable.

Despite the evident compromises inherent in designing a car with a manufacturer not strictly noted for its commitment to quality, Saab managed to create a competent, mainstream executive contender that drove well.

But the tensions were all too evident. What the partnership did rather less well was create a Saab that was distinctive, aspirational and, that most Saab of Saab features, solid. In the mid ‘80s Fiat Group had decided that all of its big cars needed to be understated – or, less charitably, bland. This was due to their popularity amongst Italy’s titans of industry and politics – and the equal popularity of guns amongst the country’s titans of crime, the mafia. The theory went that by building big non-descript cars, the mafia wouldn’t notice that there was someone rich and/or important in their midst. It feels, in retrospect, like a weak idea. But maybe that’s hindsight for you.

So Saab ended up, perhaps inevitably, with a compromise – the big executive car it needed, but one displaying perhaps too much influence from a partner that shared very different priorities. The 9000 received critical praise on its launch but struggled to find a niche in the crowded executive car market – it sat uneasily between top end Granadas and low end BMWs. This was particularly acute in the USA, one of the car’s key target markets. It didn’t help that the Saab was only available as a hatchback – at a time when executives were drifting back to saloons. It was only available with Saab’s – admittedly excellent – inline four-cylinder engine, and without any six-cylinder motors, the car struggled at the higher end of the sector. On the plus side, the 9000’s handling, practicality, comfort and performance all worked in its favour.

The 9000 never flew out of showrooms. Just over 500,000 were built in 14 years. By comparison, during the same period BMW was churning out 200,000 5-Series in a single bad year. The Munich car sold more in one market – the USA – than Saab mustered across the whole world.

Poor sales meant that, just like the elderly 900, the 9000 had to soldier on much longer than originally intended. But there was one upside to this; very late in its life the penny finally dropped with the Saab management. They realised that the car’s true niche was as a high performance executive car, a sporty alternative to a BMW with better practicality, price and specification. Hello, the Aero. Launched a mere nine years into the car’s life – when, by rights, it should have been killed off – the Aero coincided with a typically Saab facelift, which saw the front and rear of the car heavily revised in a not-entirely-successful injection of late-life Botox. A saloon version was also launched, which somehow managed to look ungainly on a body style original designed as a four door.

The Aero gave Saab a flagship model that finally played to the company’s strengths. While hardly beautiful, the facelift made the car more distinctive, particular in Aero spec, while redesigned seats – allegedly influenced by those from the flight deck of the film Pigs in Space – made the Saab supremely comfortable. A hefty specification, decent handling and a bonnetful of turbo pressure meant the 9000 became, if not mainstream, certainly a reasonably attractive buy for the executive who wanted to avoid BMW, Audi and Mercedes homogeneity.

The last 9000s rolled off the line in early 1998 to make way for the 9-5, a more cohesive design, albeit one based on the much-derided Vauxhall Vectra floorpan. So the 9000 is, sort of, the last proper Saab. And it is a good one. It may lack the solidity and individuality of the 900 but it does its job well – it’s spacious, extremely comfortable, quick and fairly well built. It’s also reliable – I run mine as a daily driver and, after sorting some niggles left by the previous owner, it’s been faultless despite running up 145,000 miles. Yes, bits fall off and don’t work, but, well, it’s old isn’t it?

I never set out to own a 9000, overlooking it in favour of the quirkier classic 900. But that’s what creating a ‘Saved Search’ on eBay eventually does to you. When my latest 9-5 expired I needed a runaround sharpish and there, waiting for me, was a silver 9000 Aero at a tempting price.

While I marvelled at the amazing seats and the stylish three-spoke SuperAero alloys, not much else about the car initially grabbed me. It seemed distinctly ‘un-Saab’, with a conventional ignition barrel – on the column rather than between the seats – and no wrap-around ‘aircraft-style’ windscreen.  It may also have something to do with the fact that it was filthy, the dashboard displaying a layer of fluff deeper and thicker than a 16 year old’s first beard. I drove it home from Edinburgh to the Midlands and quietly looked forward to getting another 9-5.

However, the 9000 works its charm in subtle ways. Pressed into daily commuting duties, with the occasional long trip, I began to realise just how good the car is. It’s supremely comfortable and spacious with a neatly designed interior. The performance is sprightly rather than startling, but mid-range acceleration remains impressive. All this plus 35 mpg on a long run and space for two greyhounds.

Of the half a million 9000s built, today only a few hundred survive in the UK. It sits outside the classic car mainstream, despite the earliest examples being over 30 years old. And yet, it has a solid and loyal following. As I’ve discovered driving mine around, former and current owners swear by them, routinely naming them the best car they’ve ever owned.

The 9000 had a long production run and it is the last Aero cars that are the most sought after. This means the early cars are now very rare, and so worth seeking out. Values will probably never be that high though, which means that if you’re remotely tempted by a high performance executive car with decent practicality, a 9000 is worth hunting for. They’re cheap to run, reliable and easily capable of commuting or long runs. With too many cars on my drive I’ve tried to part with mine several times – now I’m glad that each time the buyer has let me down.

The 9000’s charms may take some time to appreciate, but time works wonders.  Mine’s a keeper.

Graham Eason is the owner/Director of Great Escape Classic Car Hire, so if you want a cheeky weekend away in the classic of your dreams, he’s the man to get in touch with. You can do so via his website, or you can stalk him on Twitter, you weirdo.