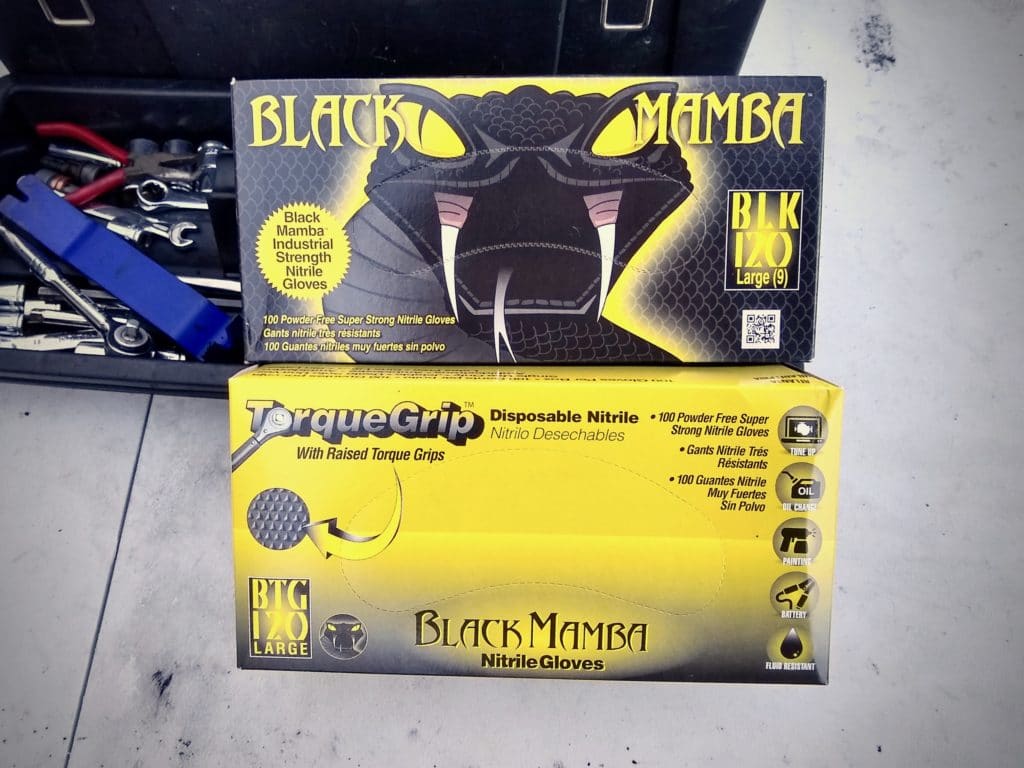 Maybe it is because I grew up surrounded by people who worked with their hands that I have never been too bothered by dirty hands. It was kind of ingrained in me that calloused hands stained by the earth or by grease were something worthy of respect. As a result, when I began to work with my own hands, I didn’t even think about using gloves. It didn’t faze me if traces of dirt and grime were left behind, even after a good scrubbing.

In recent years, though, I have become more conscious of how my hands look, particularly as I work more closely with people now. But as I do all the work on my own cars, my hands quite often bear the marks of those ventures. For a while, I tried to use a set of Mechanix cloth gloves when working on my cars, but found them prohibitive in lots of ways. So I asked for recommendations on Twitter, and was put in touch with Fortress Distribution, who produce a wide range of nitrile rubber gloves under the Black Mamba moniker. They sent a few boxes over so we could give them a try. 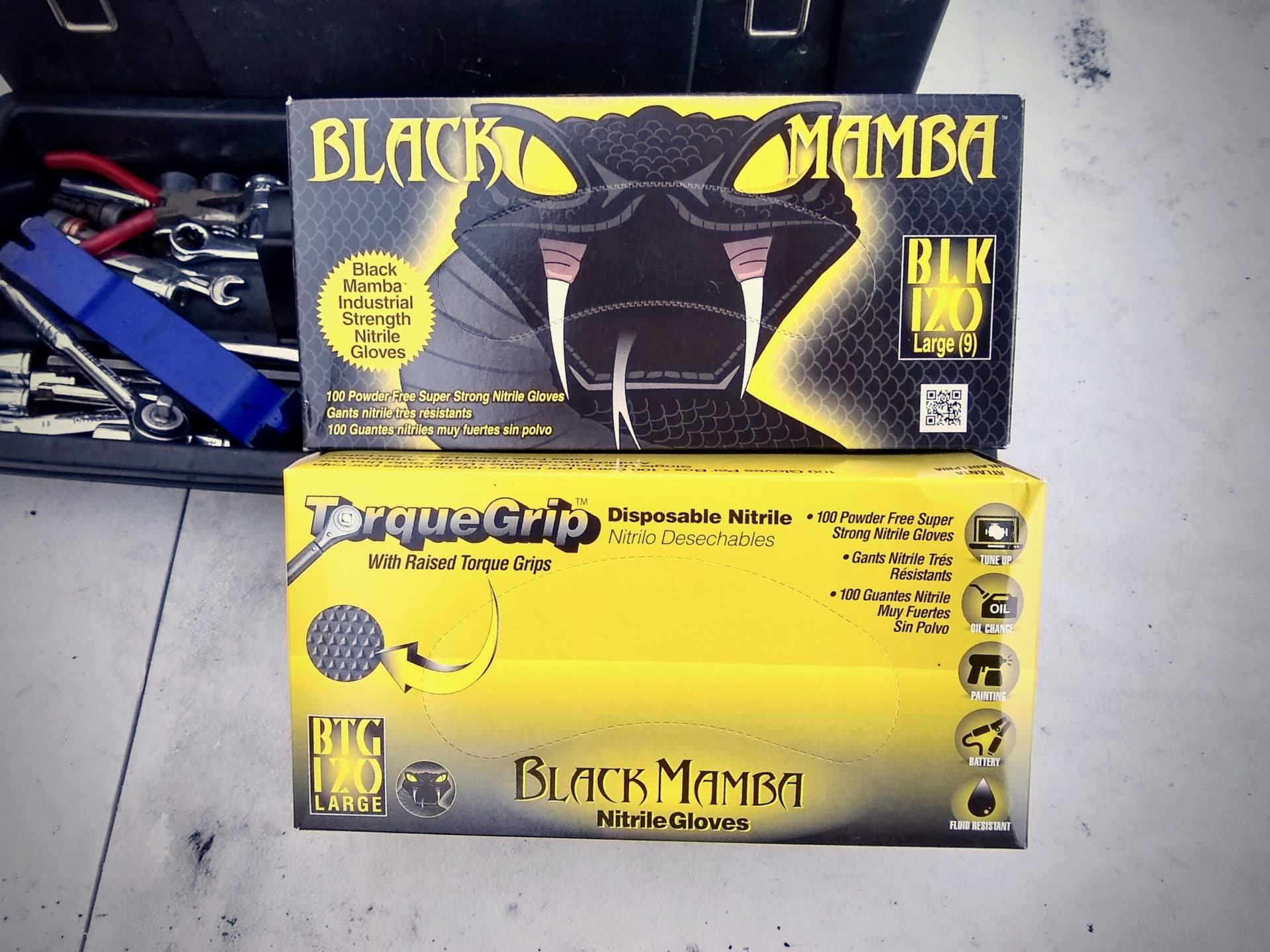 The prospect of a latex-like glove was not appealing – I have never liked how they feel, and was concerned my discomfort would be a constant irritant. Nitrile rubber is different to latex, however (there are lots of chemical compound charts about this I will leave you to look up for yourself), and after slipping on the first pair, I could immediately tell that these would be more comfortable to work with. You’ll find a size guide on the Black Mamba website, and with a quick measurement of my hand, I ordered up size large, and found they fit just about perfectly. A box of 100 will run about £18, depending on where you get them from. 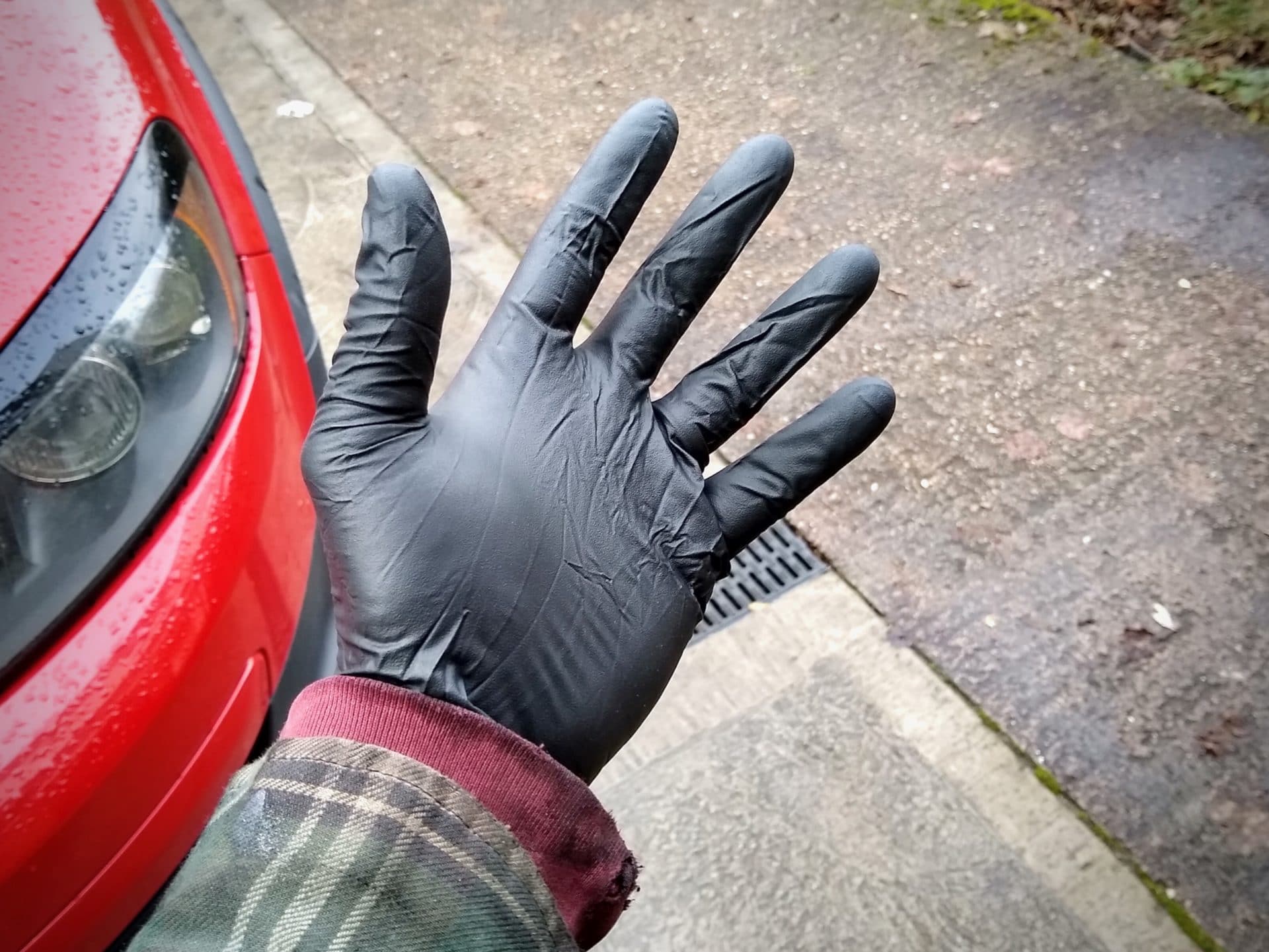 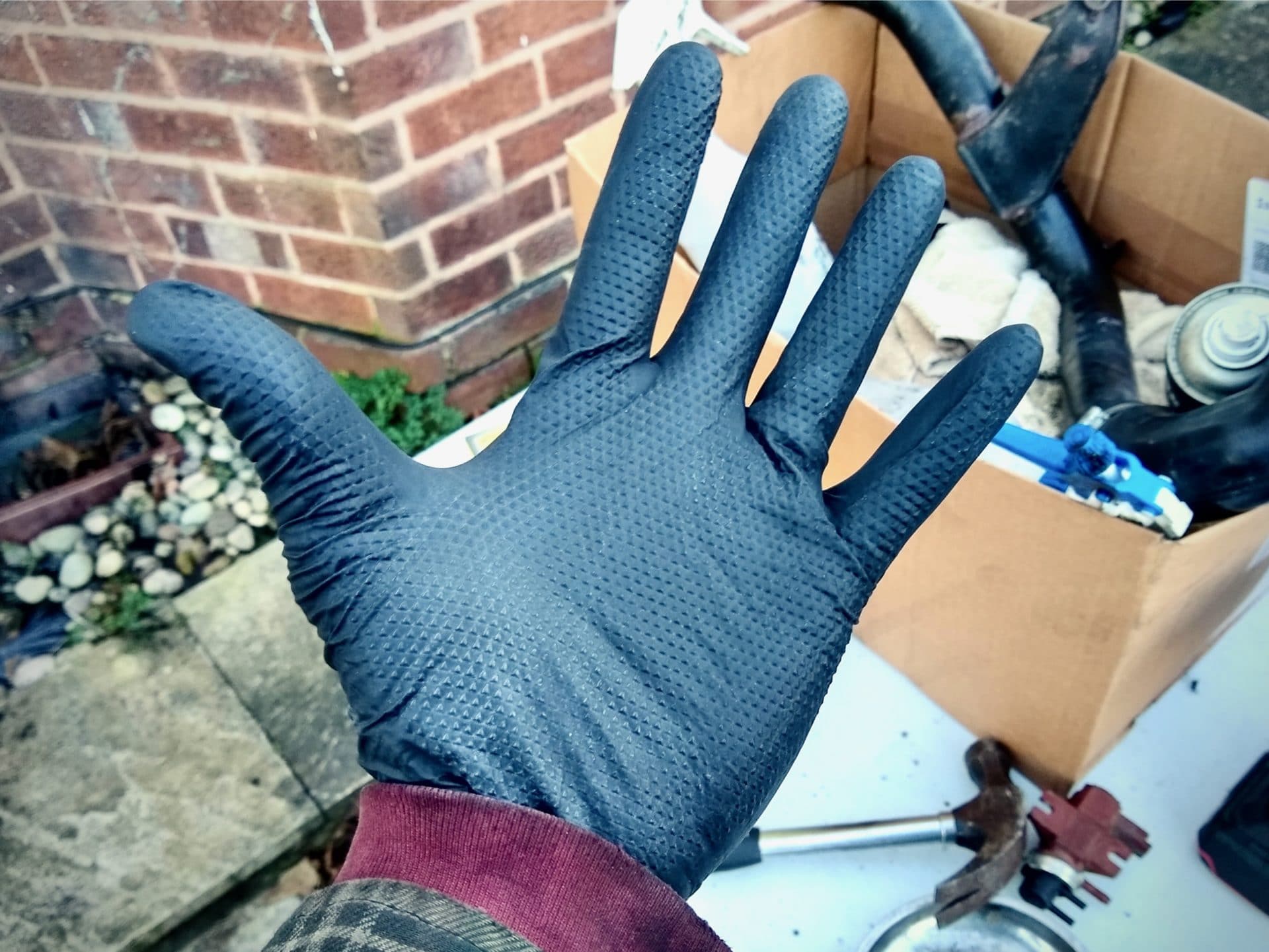 Loss of dexterity was one of the biggest concerns I had about using gloves. To my surprise, I found that I could do just about everything with the Black Mamba gloves on, including twisting small fasteners. While the feel was not quite as good as with my fingers, I doubt you could do much better. The little bumps on the Torque Grip gloves hindered dexterity a little more, although I can certainly see how they would be useful when more grip is needed. They might work very well, for instance, when you are attempting to undo an oil filter. 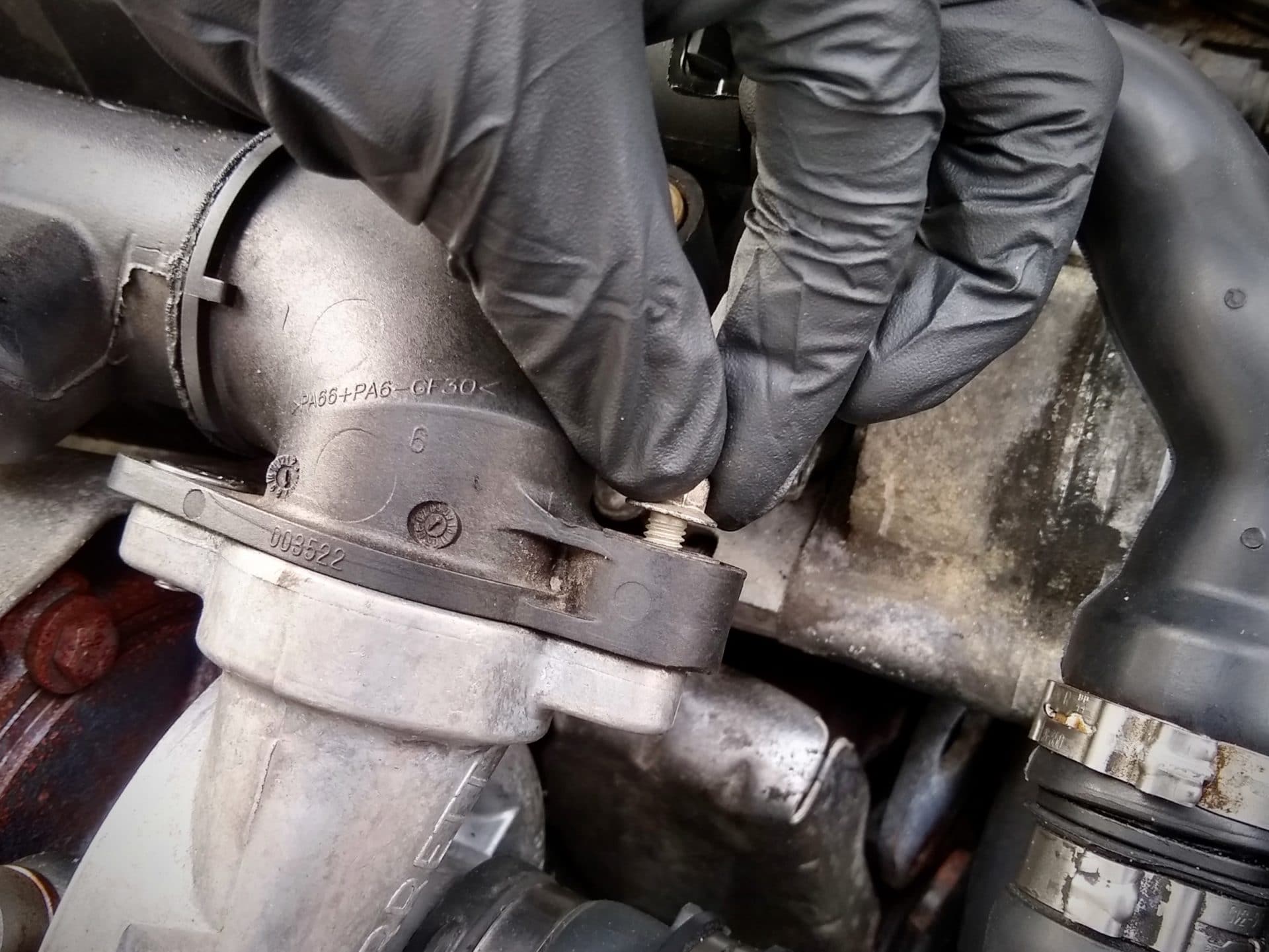 The gloves also function well in oily environments. I replaced an oil pickup with the gloves on, and did not find them losing much grip on fasteners covered in oil. As an added bonus, when the gloves get covered in oil, you can wipe simply wipe them off, leaving almost no trace of oil behind. Try doing that with your hands.

The same goes for working with stuff like gasket maker. Because I had the gloves on, I used my finger to spread the gasket maker out over the surface I needed it on, and again, was simply able to wipe it off afterwards on a towel. Anyone who has ever gotten that stuff on their hands knows how much work it takes to clean it off. 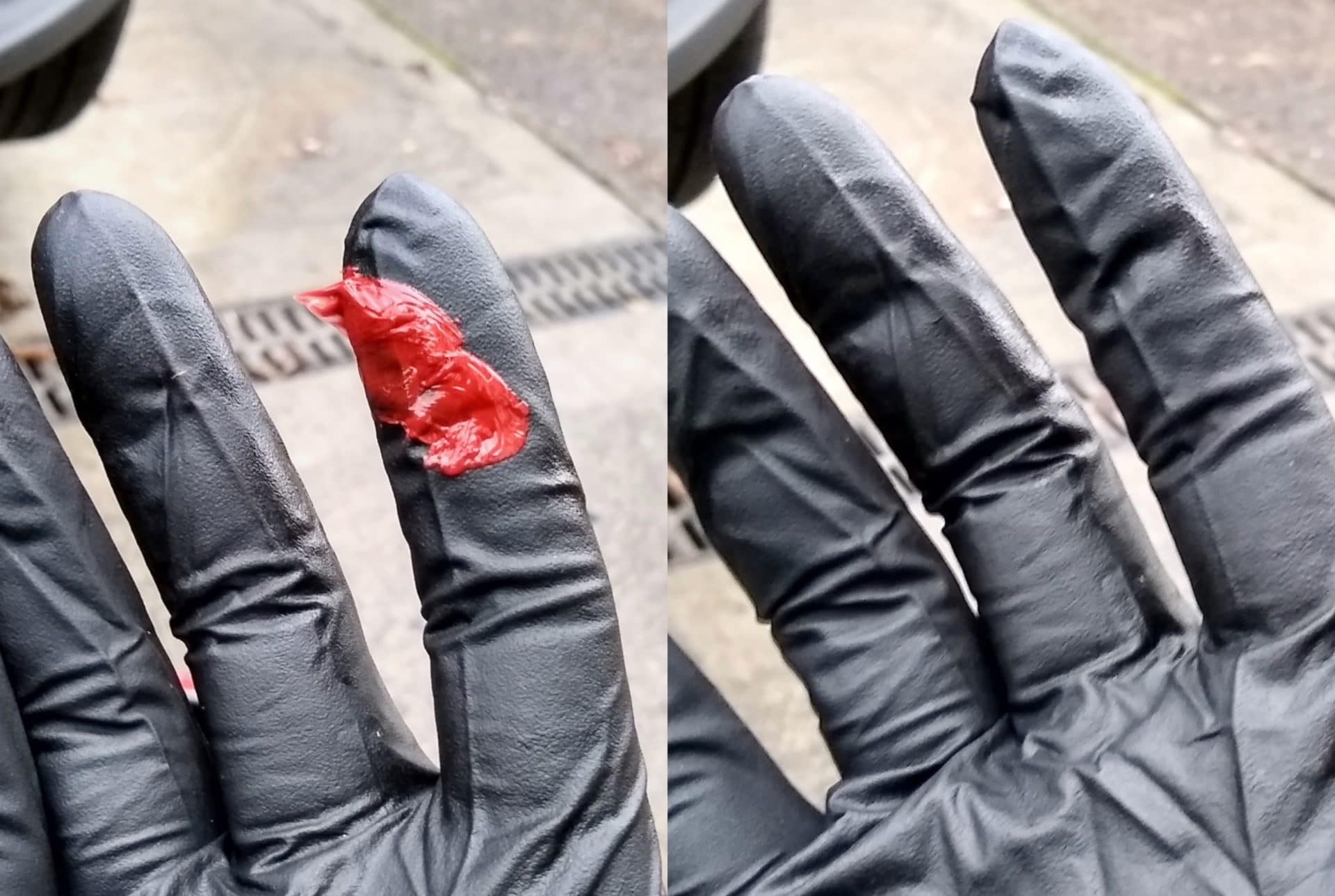 Provided they are dry, you will find that the Black Mamba gloves also help provide a bit of extra grip if, for instance, you want to separate a socket from an extension. What’s more, the gloves pass the all-important phone test: you can tap and swipe with the gloves on without any problem. 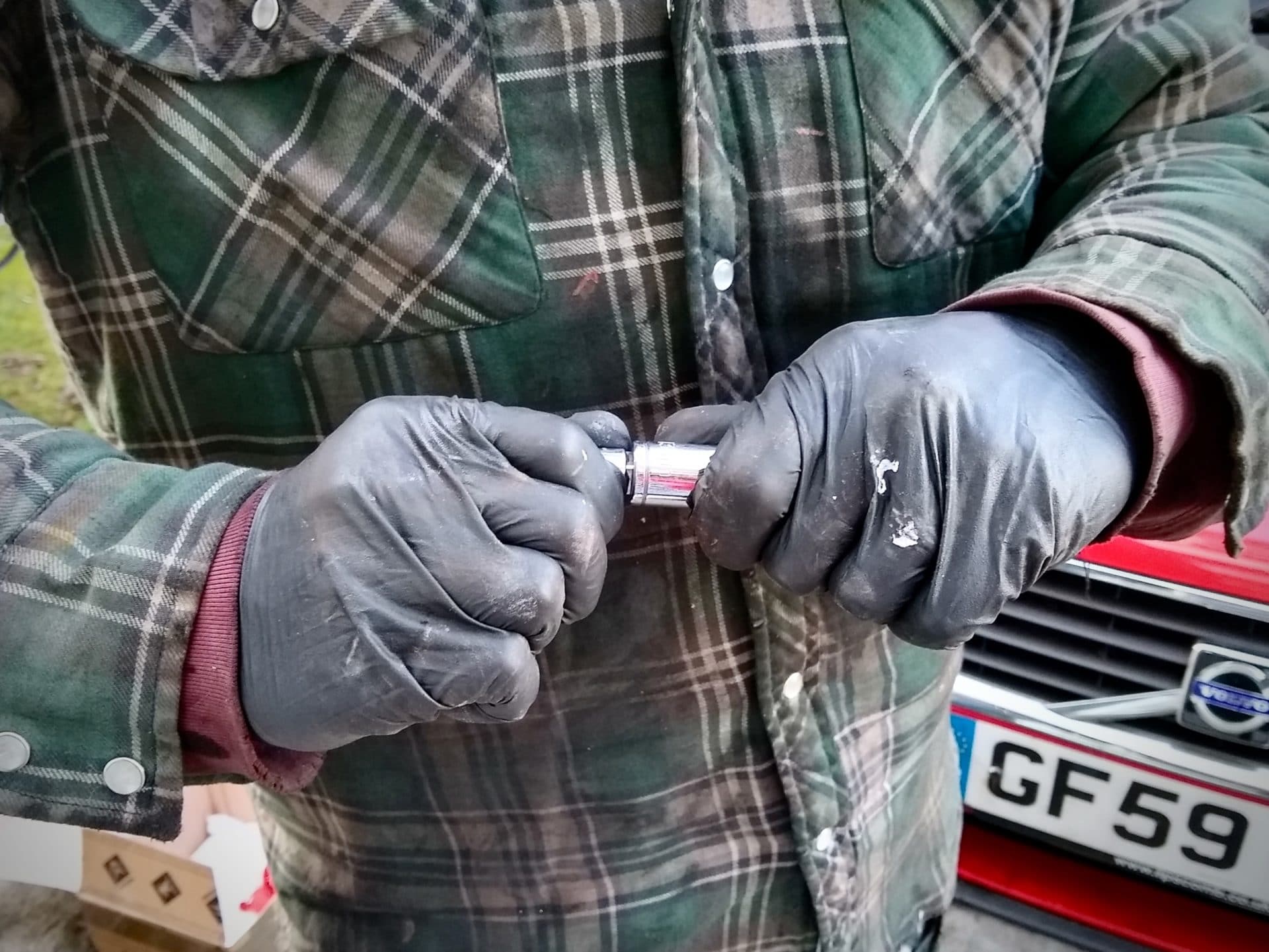 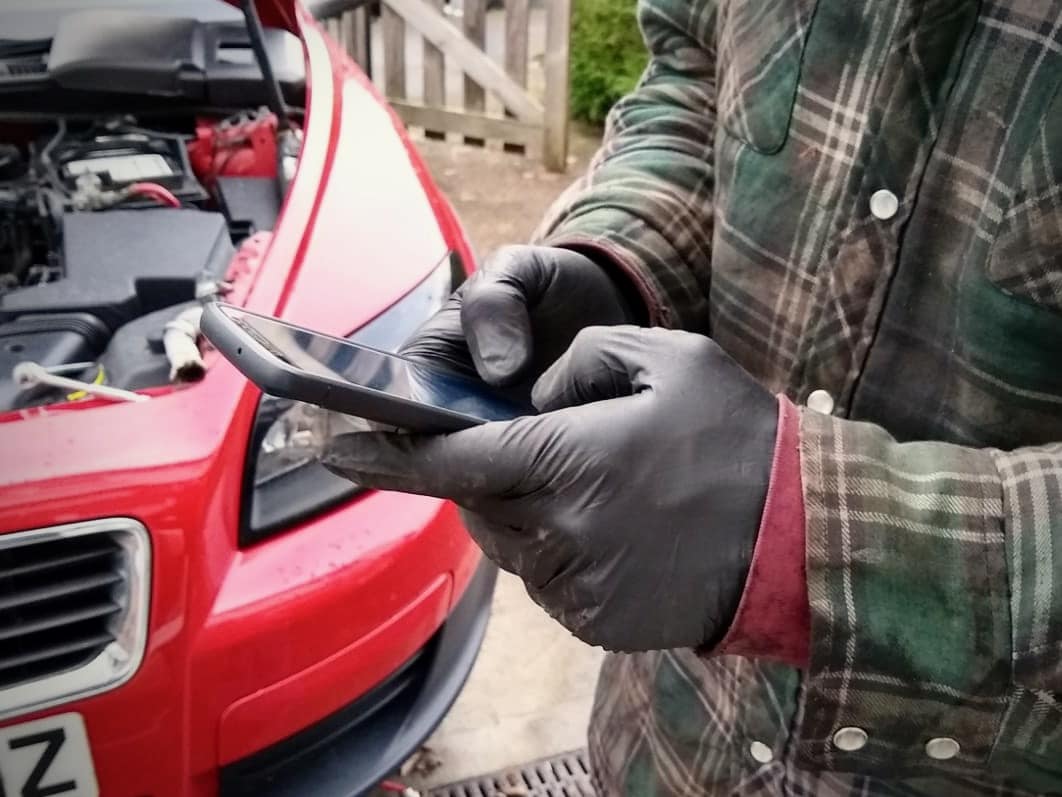 While there are a lot of advantages to the Black Mamba gloves, they are not perfect. Because they are made of a thin material, they will tear if you catch them on a wiring loom clip or something like that. That said, I was able to use one pair over a couple of days without any breakage, and that included taking them on and off numerous times. The weather was also cool while testing these out, so I wasn’t sweating at all. However, should it be a warm day, I could see sweat being an issue trying to get them on and off. Additionally, I have a slight concern about the environmental impact of disposable rubber gloves, although someone suggested that washing a whole host of chemicals off your hand and sending them down the drain would be worse. I’ll have to leave that verdict to the scientists among us.

All told, I am a happy convert to these gloves. £18 for 100 might seem a bit steep, but they are surpisingly durable, and I was able to reuse a few of them over subsequent days. I tested them out while replacing the turbocharger on a diesel engine, so it was a properly dirty, oily job. But after a full day of messing with oil and grease, I took the gloves off and discovered my hands looked almost as clean as when I woke up in the morning. I can’t ask for more than that.

So, bargain or bollocks? Well, they did not impede my work at all, and I didn’t have to spend half an hour scrubbing my fingernails afterwards. The Black Mamba gloves are definitely a bargain. Get some here. 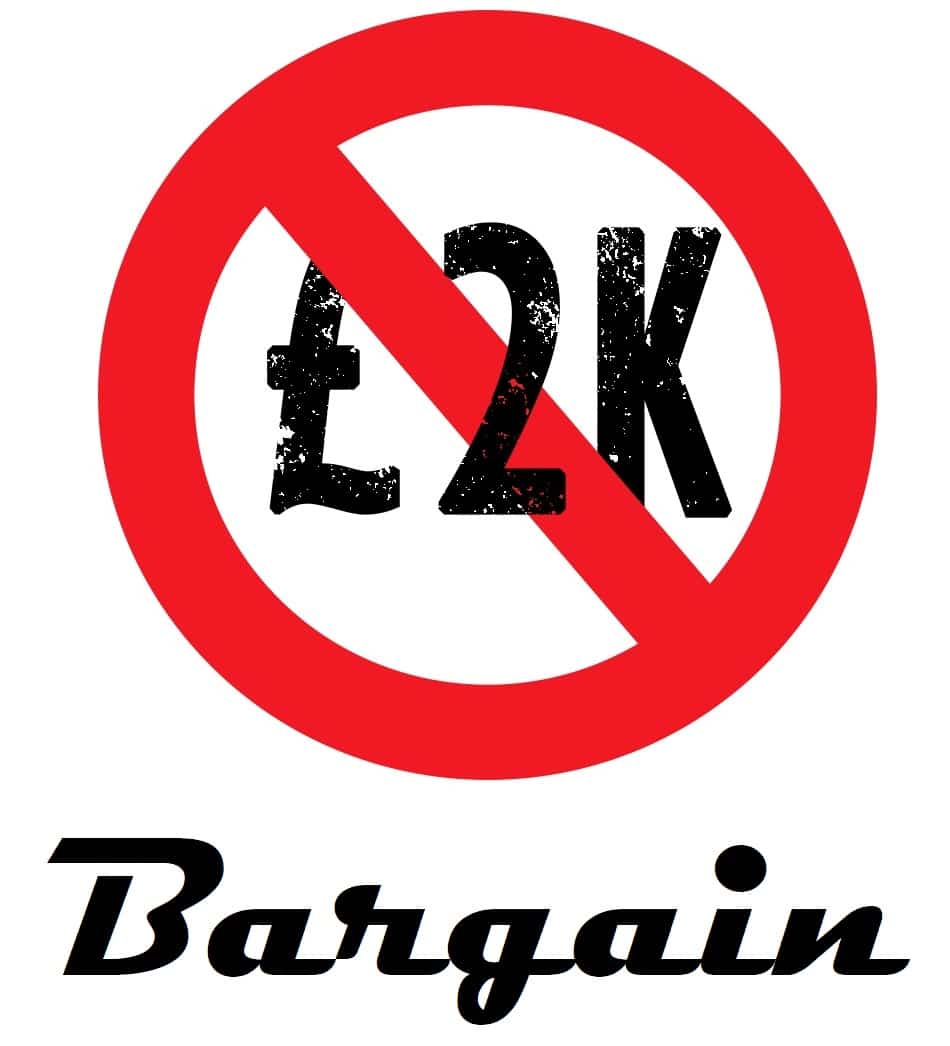