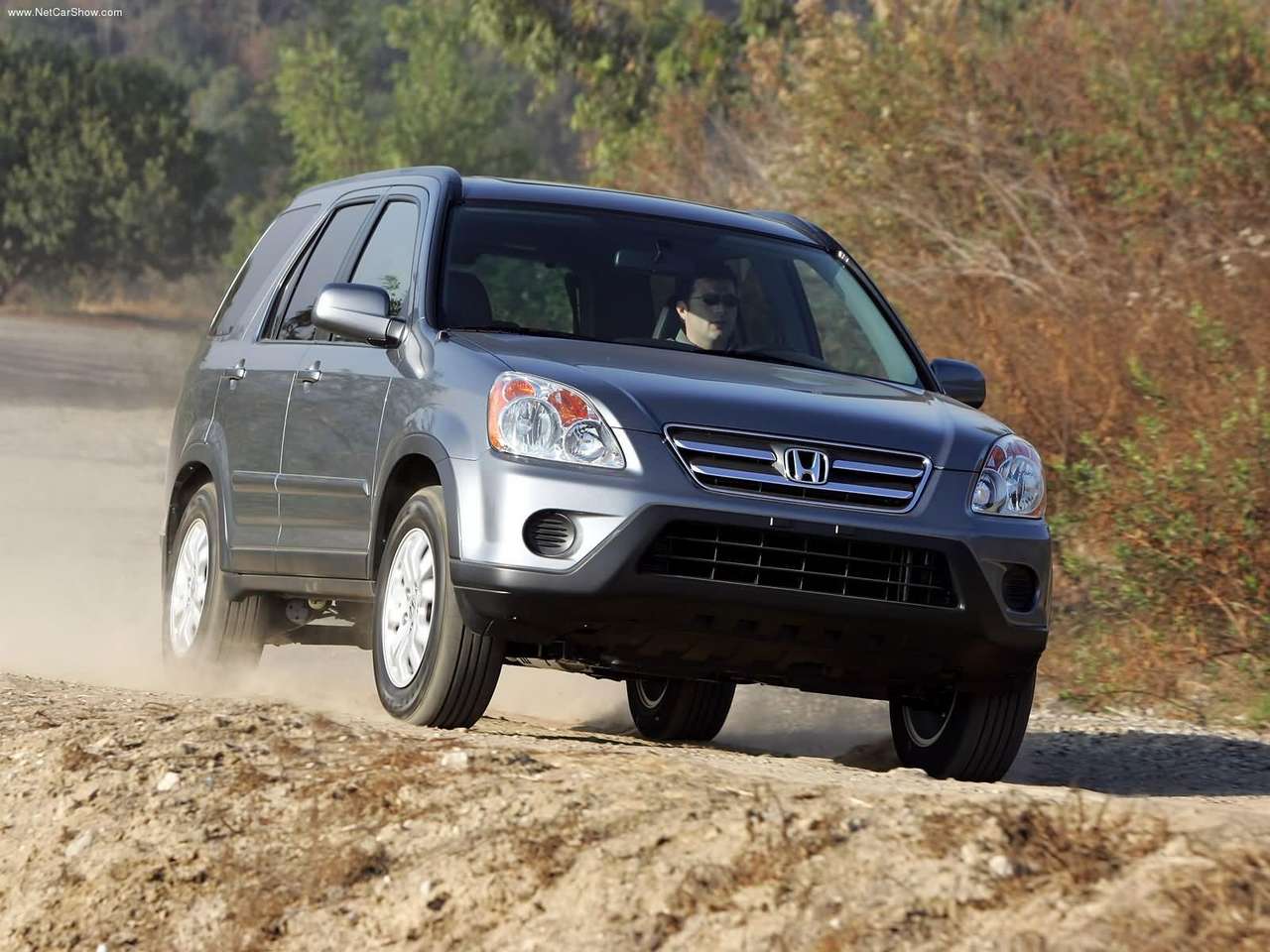 Honda. The power of dreams. That’s what they tell you at least. But has anyone ever welcomed the Sandman while flittering through idle thoughts of a CR-V? Probably not, but that doesn’t mean the CR-V is a bad car. Far from it in fact. It’s just maybe not the car that will saunter into your dreams of white sandy beaches and lottery wins. Or cheese. We dream about cheese a lot. But we digress.

So what are we looking at here? Well, while the CR-V is still available in dealerships, we’re not looking at the new one. This is N2G, you can’t afford that, you skinflint. What you can afford though is the second-generation model, which was available from ’01 to ’06. So worst case scenario, you’re looking at an eleven year-old car. That’s fine, because it’s a Honda, so it’ll still be like new. Unless the previous owner was a vagrant. Don’t buy a CR-V from a vagrant. A top tip there.

The second-generation CR-V is, confusingly, loosely based around the seventh-generation Civic. That’s a good thing, because the Civic is a bit of a world-beater when it comes to cars, so using it as a springboard for the CR-V was a damn good shout by the bods at Honda.

Available in one 4×4/SUV/estate-ish body style, the CR-V was aimed firmly at family buyers. The kind of people that wanted the practicality of a tall 4×4, without necessarily needing the 4×4 bit. But don’t worry, Honda didn’t bin off four-wheel drive in the name of sales. The CR-V can still play in the mud, it just has to stay at the shallow end.

Engine wise, the selection is dazzling. You can have a petrol or, wait for it, a diesel. But that’s your lot. Happily, both engines are pretty good. The petrol is a 2.0 and has 147bhp, which is more than enough to shuffle the CR-V along. It’s smooth, it’s reliable thanks to being a Honda and all things considered, it’s not too bad on fuel. You can expect a realistic combined cycle of around 30mpg. That’s thanks in part to ‘dat VTEC yo’ as the kids might say.

It’s the 2.2 diesel that really shines though. It’s lower on power with 138bhp or so, but there’s more low down torque. Plus, it’s much better on fuel with an achievable combined cycle of around 42mpg. That’s far easier to live with. Furthermore, the diesel engine is much better for towing. And lets fact it, you and your caravan are going to join the masses who try and sink Devon when summer holidays come around again, aren’t you?

Inside you’ll be faced with function over form. The Honda CR-V’s innards are robust and certainly well screwed together. So if you Labrador headbutts the glove box, or if you kids run into an open door, all should be well. Apart from your kid’s face, obviously. They really should watch where they’re going.

There’s plenty of space, too, especially in the back. The high driving position means you can see everything going on around you. Or you can look down on peasants in lesser cars. Whatever floats your boat.

The best bit has to be the handbrake. Is it electric? Nope. Is it between the front seats? Nope. Is it mounted on the dash like some sort of turbo thrust handle? Oh yes. It’s not a thrust handle though. It’s a handbrake. If you pull it in the hope of going faster, we can assure you quite the opposite will happen.

If you buy an automatic model though, the shifter is on the dash, which is also weird. However, this will help you and your need for thrust. What with it controlling the transmission. Yank on that instead.

On the road, the CR-V is a pleasing thing to drive. Its car bloodline shows through composed, effortless handling. This generation CR-V is a huge leap from the one prior, with increased torsional rigidity and double wishbone rear suspension along with conventional but effective MacPherson struts up front. Basically, it drives like a big car. The body doesn’t flop about nearly as much as it would in rival cars, while the steering is light but direct and responsive. It’s no Civic Type R, but it’s not a million miles away from being fun to drive.

If you prefer your path unbeaten and your tyres muddy, the CR-V does have 4×4 ‘on-demand’, meaning the car will decide if things are getting a bit dicey under foot, engaging the rear wheels in response. You’re not going to climb every mountain in a CR-V, but you should be able to ford some streams. Or dominate particularly difficult speed-bumps.

How fast are those pedestrians?

As this is a family car, we should probably talk about safety. And it’s good news, because the CR-V has some. Smash-masters, EuroNCAP fired one at a wall and gave it four out of five stars in return. That’s not too shabby. You get front and side airbags as well as a couple of Isofix mounting points for the small ones. Plus, it’s built pretty damn well, which helps.

Running the CR-V is also the source of good news. Buy one with plenty of history and you should be laughing. Hondas don’t really go wrong, and the CR-V is no exception. If you buy one from a vagrant, it might be a dog, but we warned you about that already. On the whole, there is nothing too scary to report, other than an early recall on some models for an issue with the ignition switch. Small fry stuff in the grand scheme of things.

There you go then, the Honda CR-V. It might not be the car of your dreams, but if you’re on a budget and you need something dependable, safe and spacious, you can’t go far wrong.