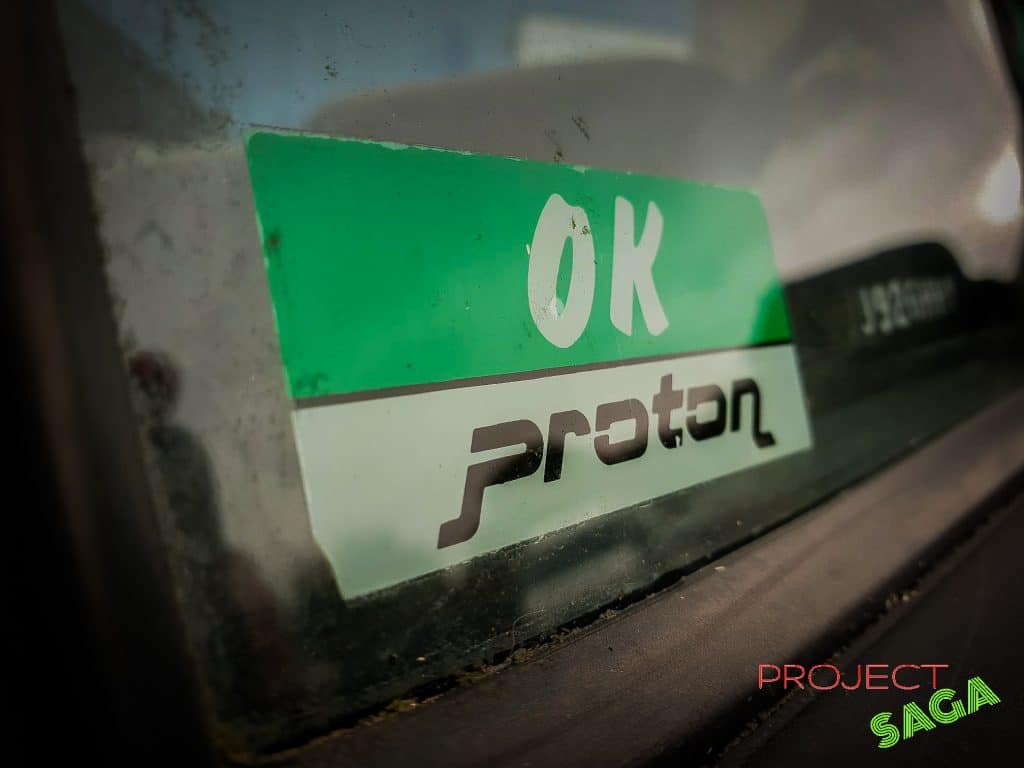 Oh God, we’ve gone and bought another decrepit old car that should be in the scrap yard. OR HAVE WE? At first glance, you might think a scrap yard is exactly where our 1992 Proton Saga belongs. But it doesn’t. Not with two owners from new and a mere 23,000 miles on the clock.

No, this one has potential.

Okay, so it turning up to Not 2 Grand HQ on the back of a low-loader isn’t the most promising start, but there is a reason. The old girl hasn’t been on the road since 2015, so it was the sensible, safe option. Plus, now it’s at our workshop, we can give it a thorough going over before hitting the road. Before that though, some history.

We fist saw the Saga on Facebook Marketplace, which would normally mean it was stolen. However, it was posted by a friend of ours, so we trusted it. As it turned out, he was advertising it on behalf of an older fella. It was said older fella’s father who bought the car new, way back in 1992. When he passed away, the son drove it for a couple of years before parking it up. Probably after coming to the stark realisation that he was driving a Proton. Understandable.

The original owner didn’t do much with it other than service it and put fuel in it. Or drive it at night (no, really). As such, it’s in time-warp condition. And we mean that. This thing is, bar one door that had been walloped by something, absolutely mint. It’s like a new car. Don’t believe us? Look at the boot floor…

And therein lay the initial dilemma. It’s so clean, so tidy, the mileage is so low and the engine oh so sweet. That means it should be saved and preserved, right? Well, if it were an Escort or a Golf, maybe. But it’s not. No matter how minty it may be, it’s still a Proton. So with that in mind, we’ve decided to build something out of it.

We can’t say exactly what just yet, mainly because we don’t want our fingers to type words our spannering ability can’t cash, but let’s just say we have a set of 17 x 9 Rota GTRs that are the right PCD. To get them on there will mean the Proton has to be wider. Draw your own conclusions.

Before all that though, we’ll get the old girl on the road. We have all the service parts, we’ve got some other bits and bobs that it needs, and then we’ll stick it in for an MOT. The MOT history as it stands shows no advisories. Ever. We’re going to do our best to keep it that way.

And then, when/if it passes, we’ll get the grinder and welder out and f**k it up. But it’s okay, it’s ‘just’ a Proton, right?