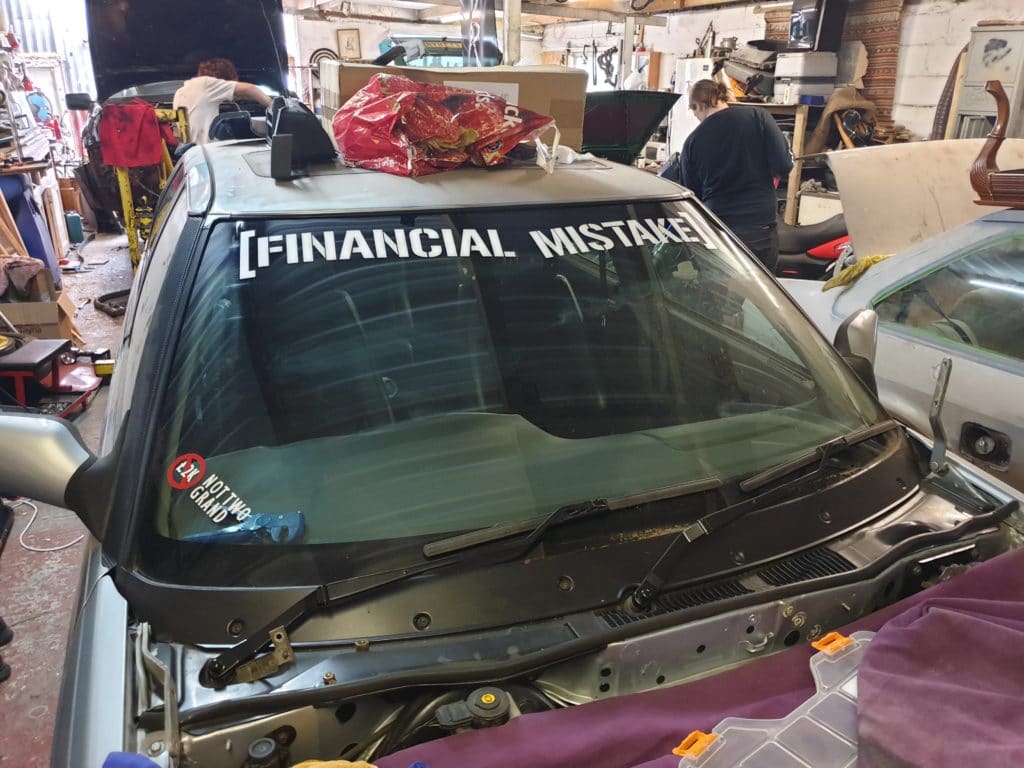 I do apologise. Life has been somewhat hectic of late, and as such, the site has been lacking in updates. In case you’re wondering, I now have a new full-time job as Editor for Car & Classic. This is good, as it helps keep the lights on. It’s also good, because it has afforded me the chance to make some progress with Project 800, and oh what sweet progress it’s been. There is light at the end of the tunnel now. I think it might actually make it to Retro Rides Gathering in August. Maybe. I’m going to choose to ignore the fact I’ve never actually driven it, so it could simply explode when it does hit the road. But whatever.

So then, what have I been up to? Well, lots. Starting with the interior because it was, frankly, hanging.

I need to get the driver’s seat out in order to get the bolster repaired. When I did that, I found so much old man dust and other horror under there that I very nearly put on a hazmat suit. It was, for lack of a better word, ripe. Still, nothing Henry the hoover couldn’t sort out, the poor bastard.

I also fitted the ‘new’ rear seat. I was given it last year and it’s absolutely mint and not full of germs and more old man dust. Removing the old one was horrid, as it was welded in place by mouldy Starburst. In fact, it was so rank under the rear seats I had to use engine de-greaser to get most of the filth out. Feel free to gag a little.

Then, as that bottom picture shows, I decided to get rid of all the wood. Haters gon’ hate and all that, but it’s my car, so there. I vehemently hate wood in ’90s cars. It doesn’t belong. Plus, this is a Vitesse Sport so some fake carbon seems well-suited. Plus, I think it transforms the interior. I’ve done the entire dash and all the door cappings and it looks, in my opinion, ace balls.

Oh, and the driver’s seat. I was having that fixed. The man who did it was Craig Hughes, you know the guy off Salvage Hunters: The Restorers. He did it in like five hours, using some leather from the old rear seat. The man is a wizard when it comes to upholstery and I couldn’t be happier with the result. The seats still need a deep clean, but as it’s still in my workshop being, um, worked on, there is no point in doing it yet.

What else? Oh yeah, I fitted the new fuel filler neck. The factory one was made primarily of rust and filth, and as I have plans to carry my children in the car, I figured rust and filth weren’t the best carriers of fuel.

Handily, there is a man by the name of Ade who makes new fuel filler neck for the 800. He’s a pro fabricator, but does the Rover stuff out of love, just to help keep these old cars on the road. To him I am thankful, because the new fuel filler neck has saved this car. Okay, so it was an eye-watering £170, but can you put a price on safety? Well, yes, you can, £170 it would seem. But the point I’m making is that it’s fine.

It was a filthy whore to fit, mind. But that’s Rover’s fault, not Ade’s. If you’re unlucky enough to also own a Rover 800, you can find the filler neck here. In fact, of the two pictured in the listing, one is mine.

Moving on, I’ve also sorted the rear brakes out, or at least I hope I have. The car now has braided lines all round, which was a pig of a job due to none of the unions wanting to come free. In the end, I bought an in-situ flaring tool and fitted new unions. A faff, granted, but it’s done now.

Anyway, the rear brakes. They were a failure on the MOT, with the tester stating that there was imbalance over the rear brakes. Having inspected both rear calipers, it was obvious there were no leaks. So I whipped them off, cleaned them up, replaced the rubber seals around the pistons, cleaned off and re-greased the inbuilt handbrake mechanisms and then put them all back on the car. I’m hoping that has cured the problem, but I won’t know until the car is back on the floor.

Speaking of which, I have also had the wheels completely refurbished. This was undertaken by the talented team at Midland Performance and Retro and the results are nothing short of flawless. The wheels were acid-dipped and then repaired and repainted. The look better than new. All I have to do now is get the new Falken tyres mounted and we’re there wheel-wise.

I’ve also re-branded the car, losing the big stickers in favour of some smaller ones on the lower quarters of the doors. I’ve put the front and rear bumpers back on, the front lights, I’ve fitted a new header tank, I’ve upgrade the stereo system, I’ve made the airbag light play ball for MOT reasons, I’ve refurbished and refitted the front suspension, I’ve… I’ve done a lot.

But even though so, so much has been done, there is still a long way to go. So what’s left to do? Well, are you sitting comfortably?

So… yeah, still some way to go. But the most recent spurt of activity has given me a proper motivation boost, so confidence is high right now. Will it stay that way? Time will tell…