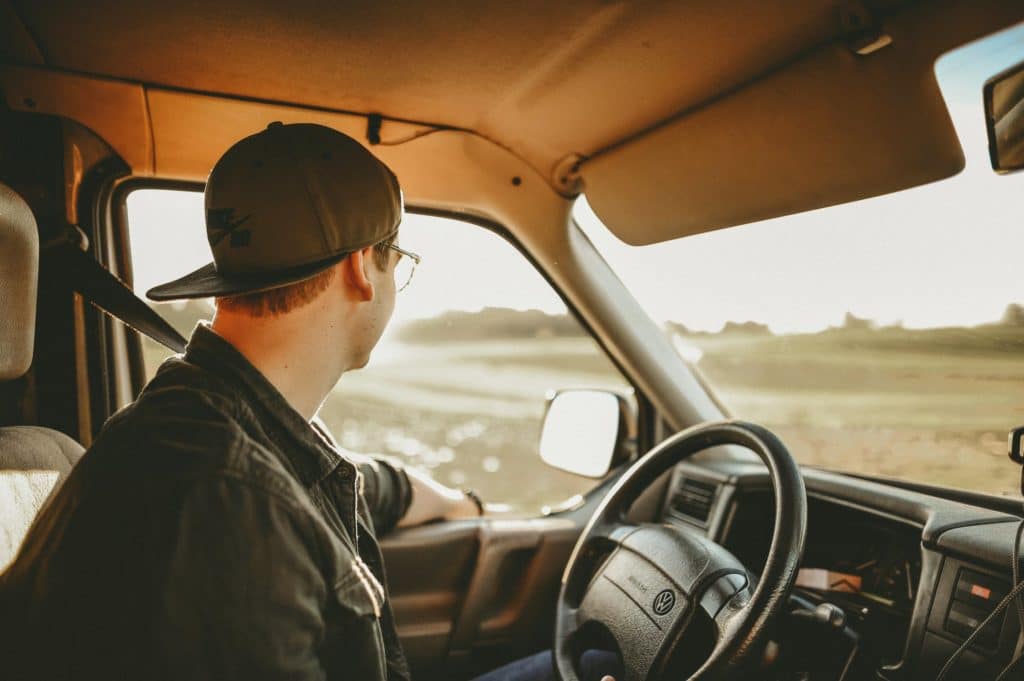 Now that I have lived in this country for some years, I know plenty about the kinds of cars many of you would have been driving twenty years ago. As the resident foreigner here, then, I am going to take the opportunity to paint you a picture of cheap motoring from a different time and place.

The year is 2001, and we are in southern Ontario, Canada, and this is what you might have seen in the local Tim Hortons parking lot had you turned up on a Friday night. Yes, coffee after 8pm. We lived life on the edge back then.

After working my tail off for a few years, and spending a bit of time searching for a car, my uncle eventually offers me his car, as he has his eyes on a replacement. It is a 1994 Mazda 626 that they bought new, and has clocked up 95,000km. I am a bit concerned about the lack of cool factor, but it is hard to say no. It is very clean, well-cared for, and has a manual gearbox. He lives 200km away, so my Dad drives me up there, I hand my uncle $3000 (still the most I’ve ever spent on a car), and proceed to drive back along the single busiest stretch of highway in North America, having previously only operated a manual gearbox on a tractor. 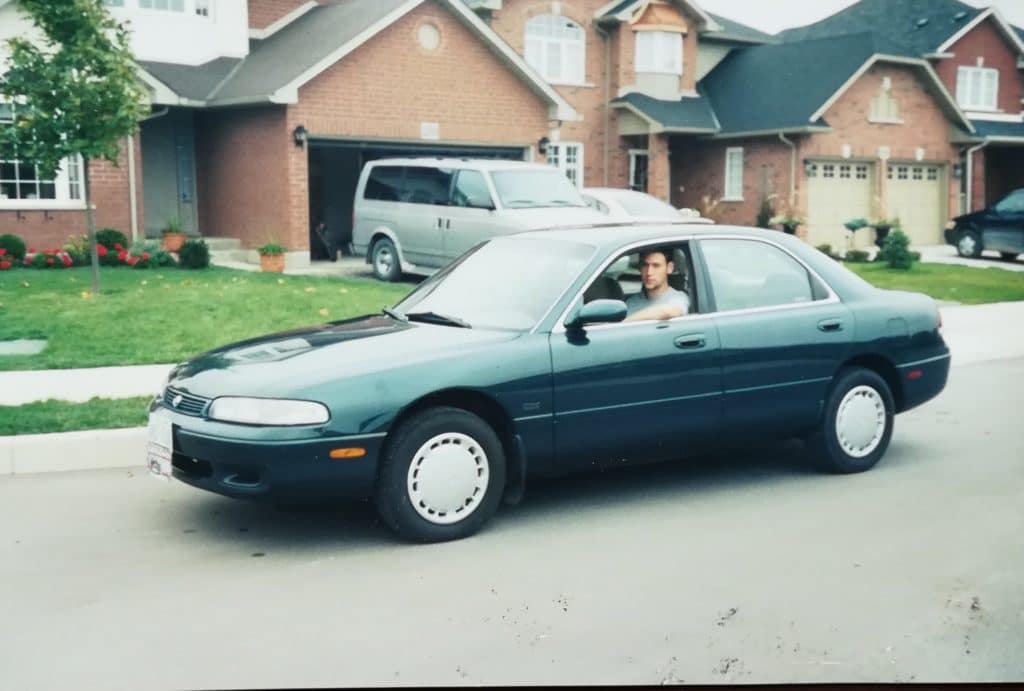 The car is fairly boring to drive, but it is comfortable and unbelievably reliable. As I’ve used up all my money to buy the car, I scrape together enough to buy a set of tools from Canadian Tire, and begin to teach myself how to do basic maintenance. I flirt with replacing it a few times, even agreeing to buy a 1984 Camaro at one point, but when I end up dating a girl who lives 400km away for part of the year, reliability and 40mpg suddenly become important.

Let me introduce you to Jim. His parents have given him this Plymouth Acclaim, which we are quite certain is the slowest car in the world. Push the accelerator to the floor, and you can count to three before any forward movement is initiated. Once, on a long, empty stretch of country road, we accelerate to 100km/h, and when we get there two days later, decide to see how long it takes to coast to a stop. Spoiler: a lot longer than you think. 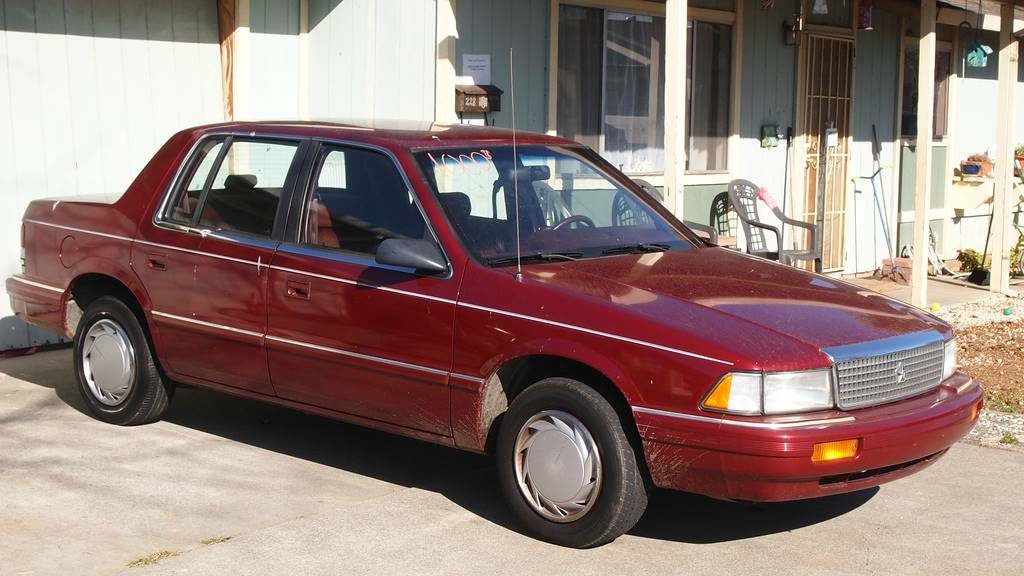 Jim eventually buys a 1990 Honda Civic hatchback. It is very cool, and we are all a little bit jealous. It inspires him to begin to learn to do a bit of tinkering as well, and so we get together to help him do a tuneup and install a new radio. The car handles great, but he can’t get it to do burnouts, so for the first time in my life, I pour oil on his tyres in an attempt to help. This succeeds, although braking afterwards is something of an adventure. Let’s just say we let Jim travel at the front of the convoy. 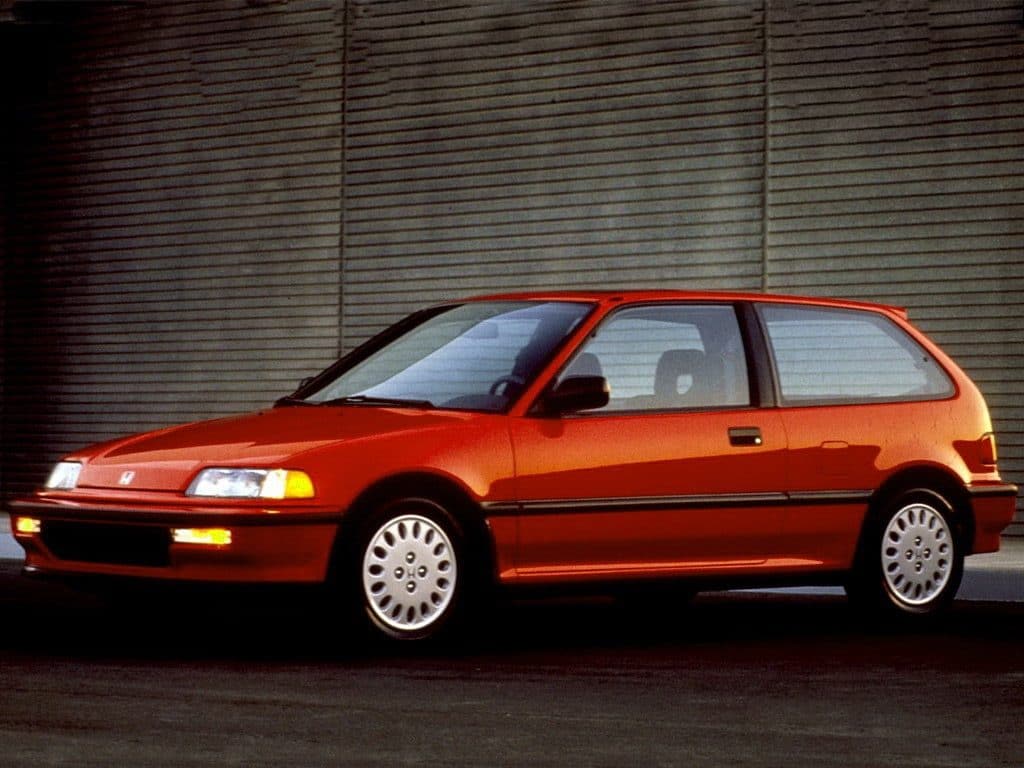 My friend, John, grows up with a father who is big into cars. He’s got a hot rod in the garage, a 1937 Pontiac in a retina-burning shade of pink, and often takes us to local cruise nights in it. But he also runs some proper bangers as daily drivers, including a 1979 Pontiac Firebird and a 1981 Dodge Diplomat, none of which he ever pays more than $500 for. We fully expect that John will be bit adventurous when it comes to buying cars too. 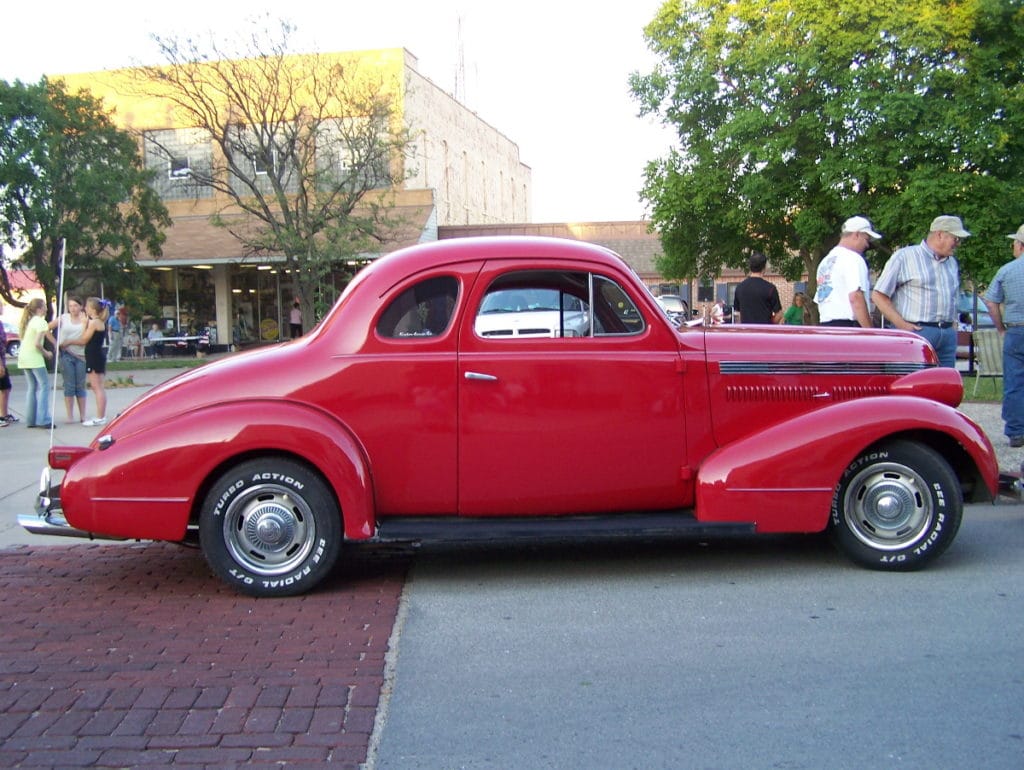 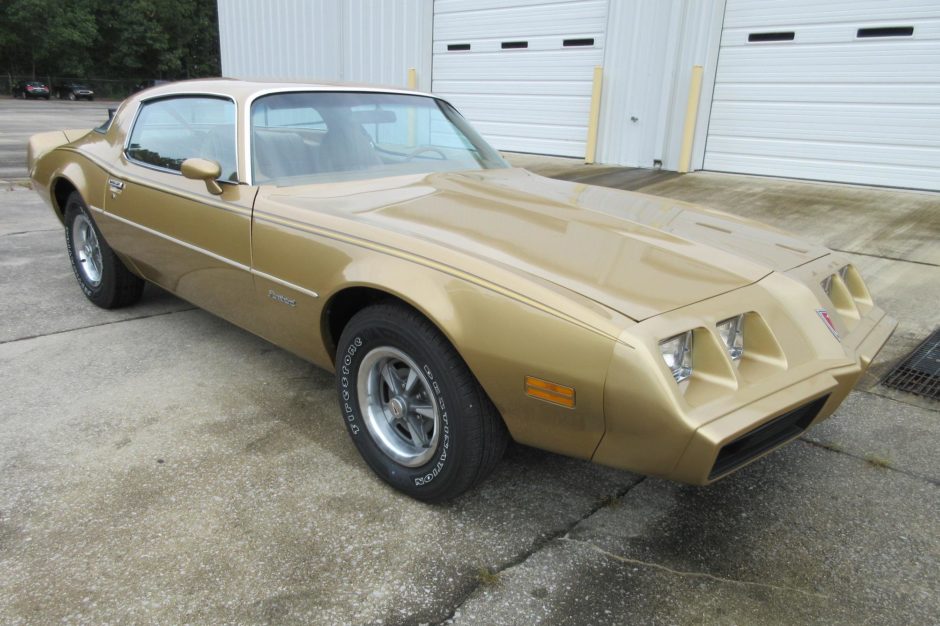 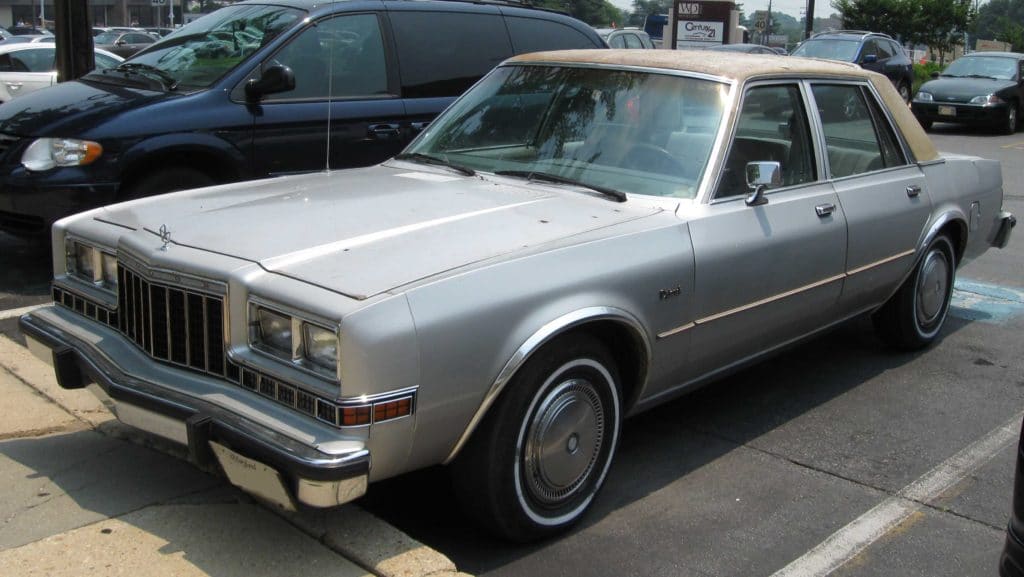 And he is. He first picks up a Mazda B2200, which he can’t drive because it is a manual, so he asks me to collect it for him. It is rusted beyond belief, but John is determined to bring it back to life. One giant tin of Bondo later, it goes to the scrapper. He then finds an S13 240SX, which meets a similar fate. 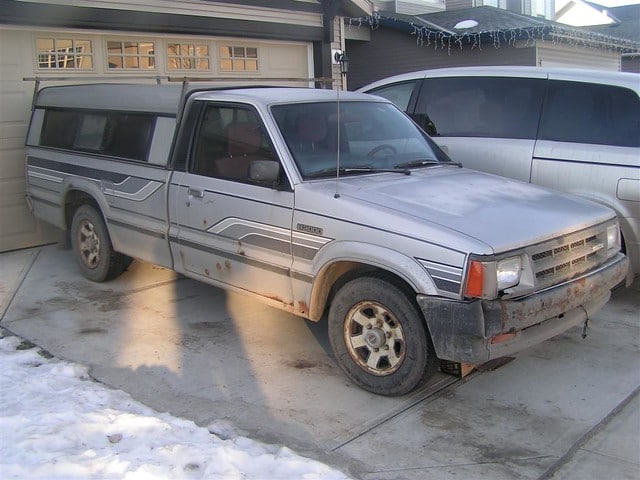 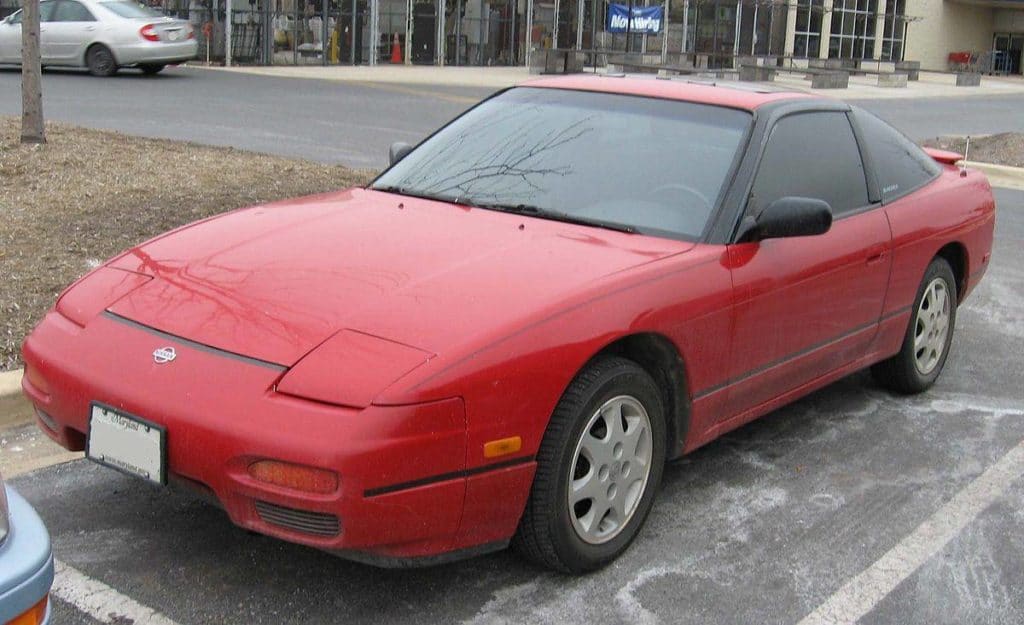 Eventually, he finds himself behind the wheel of a 1984 Pontiac Fiero. It runs and drives, although every few days the starter needs to be tapped with a hammer to get it going. He installs a subwoofer behind the passenger’s seat, meaning I regularly get my internal organs rearranged. It’s not fast by any means, but that doesn’t stop John from believing it is fast, and driving accordingly. We discover that there are few things that sound as bad as a tired, 110bhp Iron Duke at 5000rpm bellowing out of a four-inch exhaust tip. Eventually, he lands a job that requires a reliable commuter, and buys a succession of Ford Tempos, which he proves over and over again to be virtually indestructible. 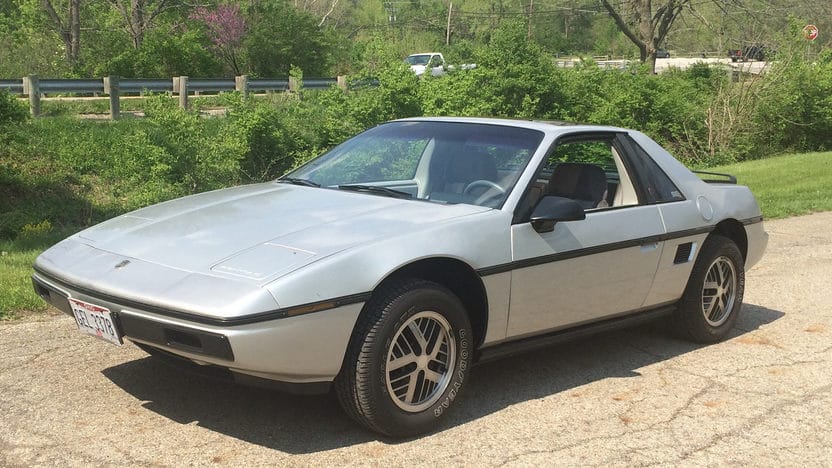 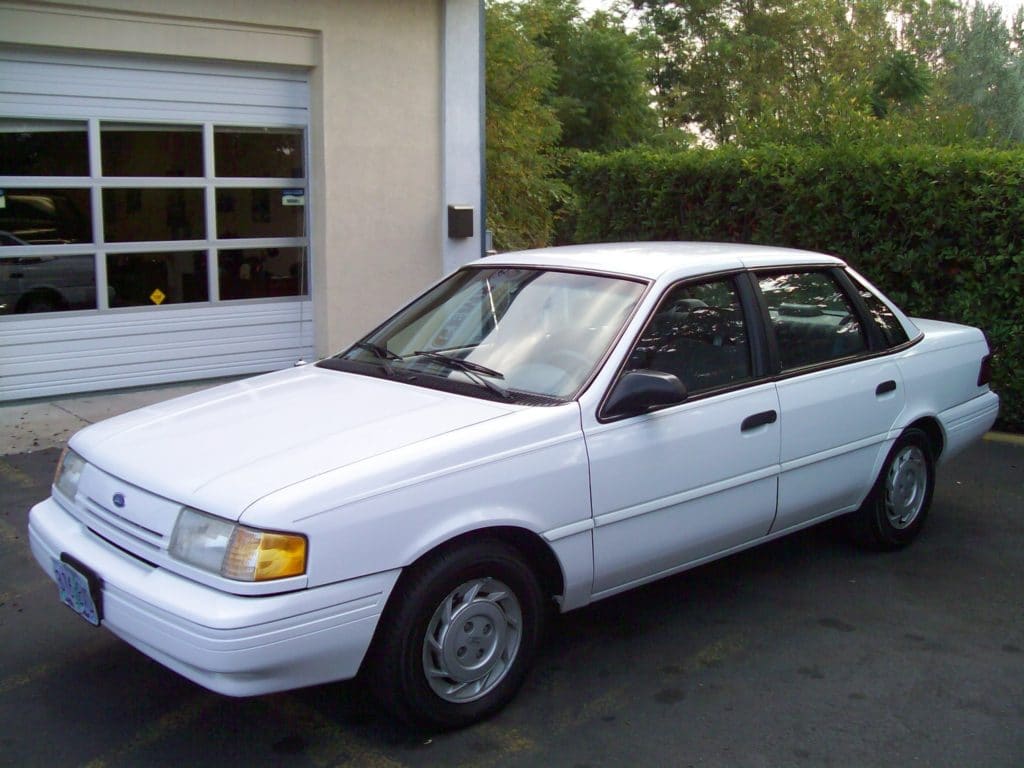 Another friend is into the big cars. We all are, to be honest, but he is the one who finally puts his money where his mouth is, and picks up a mid-90s Ford Crown Victoria for $800. Aside from a sagging headliner and a bit of rust, it is smooth, quiet, and supremely comfortable, and demonstrates how incredibly satisfying a properly wafty car is on North American roads. He ends up driving it 4200km across the country without a single issue. 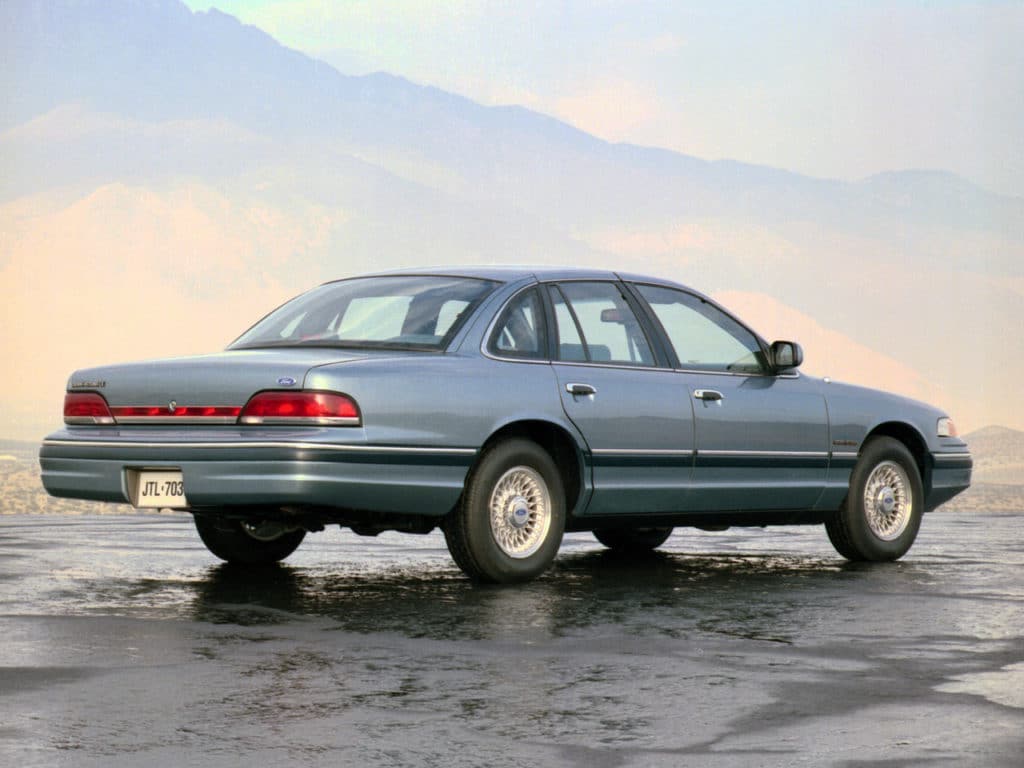 My younger brother has now saved up enough money to buy his first car, and picks up a 1991 Saturn SL from a friend of the family. It is disgusting inside, and takes us a good week to clean it.  Within six months, rust claims the exhaust and it falls off, so we head to Canadian Tire again, buy some pipe and a Cherry Bomb, and slap together a custom side-exit exhaust. It sounds as bad as you think, and the neighbours now hate us. 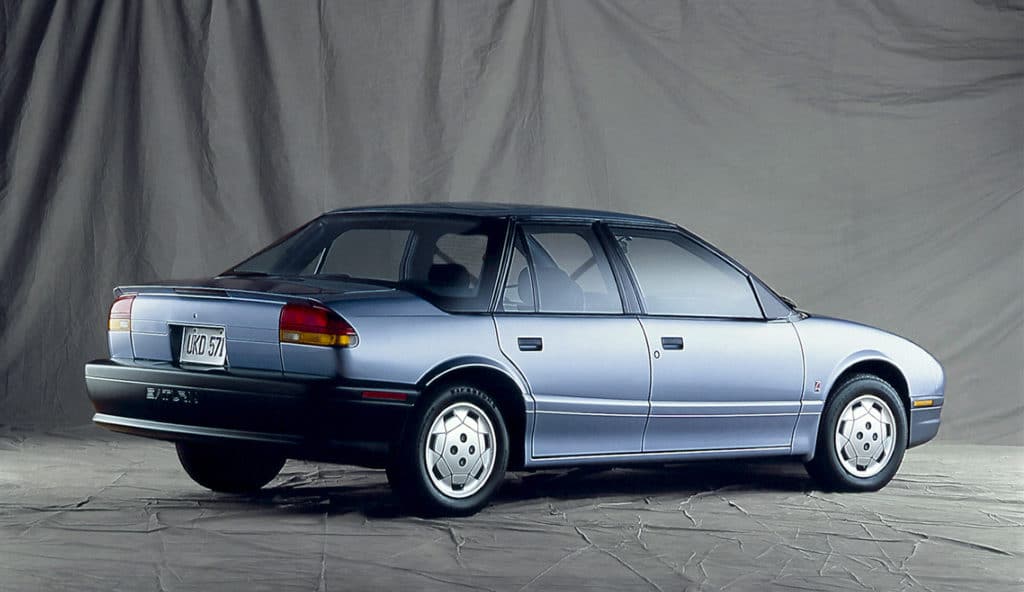 I’ve got a friend who lives a good distance away, and because his parents come from the ‘old cars are unreliable’ school, they want him to have a newer car, and find him a later-model Chevy Cavalier. With the 140bhp Ecotec and manual gearbox, it shreds tyres with ease. He plants his right foot from day one, and I don’t think he ever lifts. Being from the worst era of GM build quality, interior bits are falling off within a year, but the powertrain proves to be surprisingly robust. 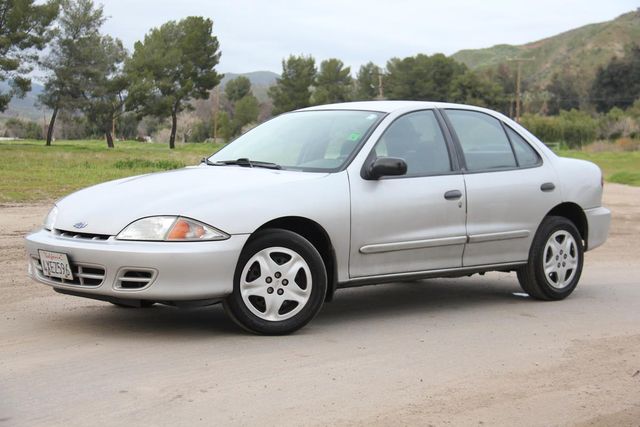 Finally, I’ve got a few acquaintances at school with some much nicer cars, including a V8-swapped S10 and a Skylark with a 455, but given that they work similar jobs to me, funding for these projects clearly comes from dubious sources. They exit the school car park every day in convoy, each leaving significant amounts of rubber behind. 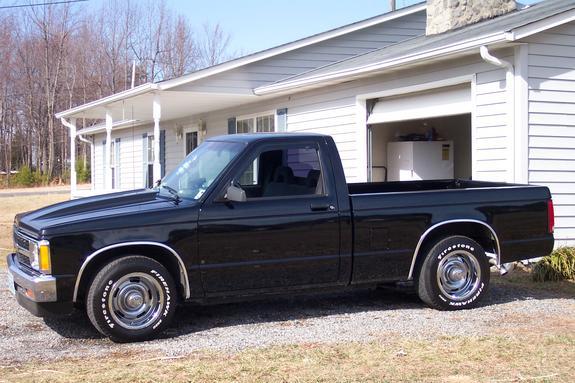 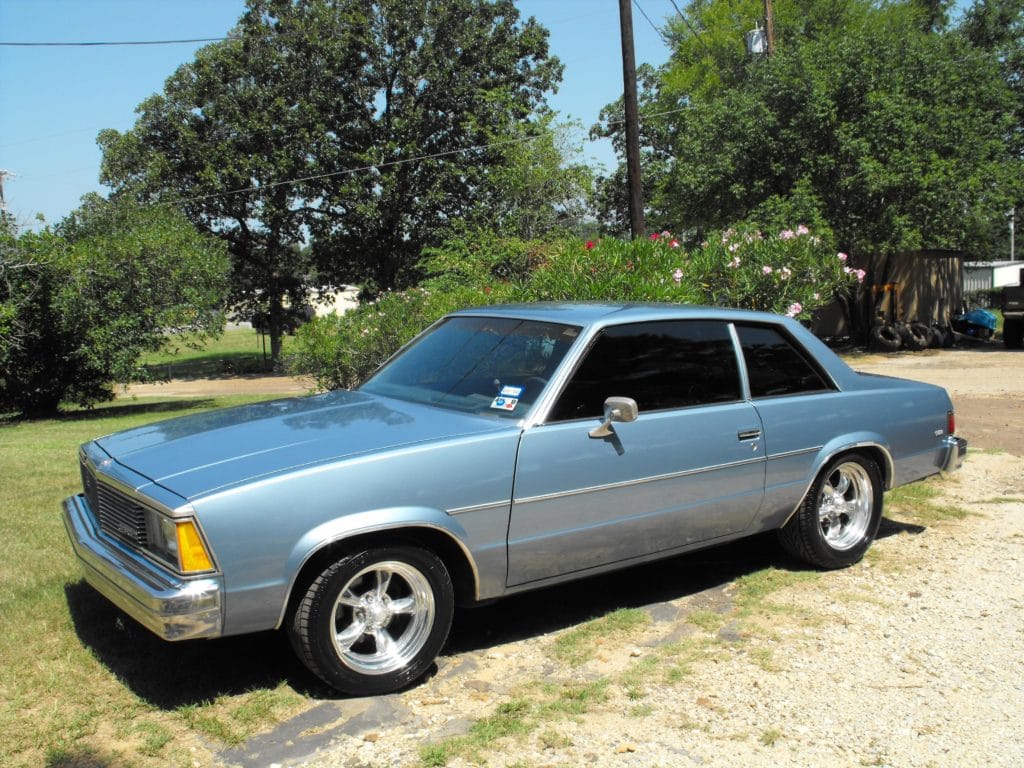 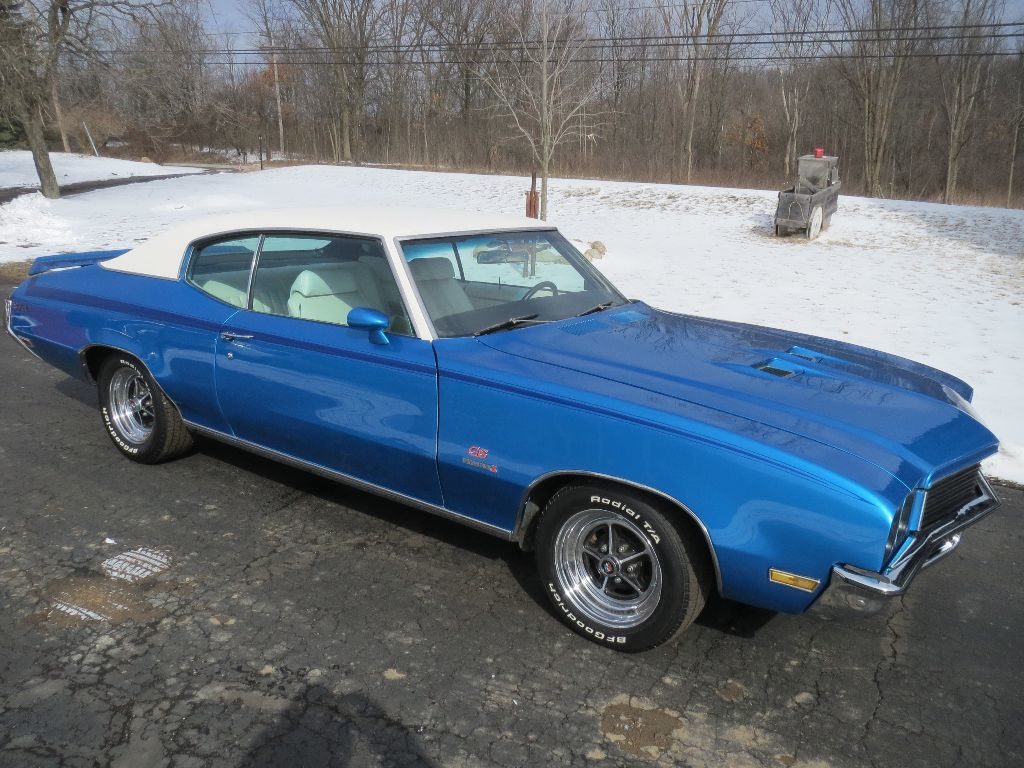 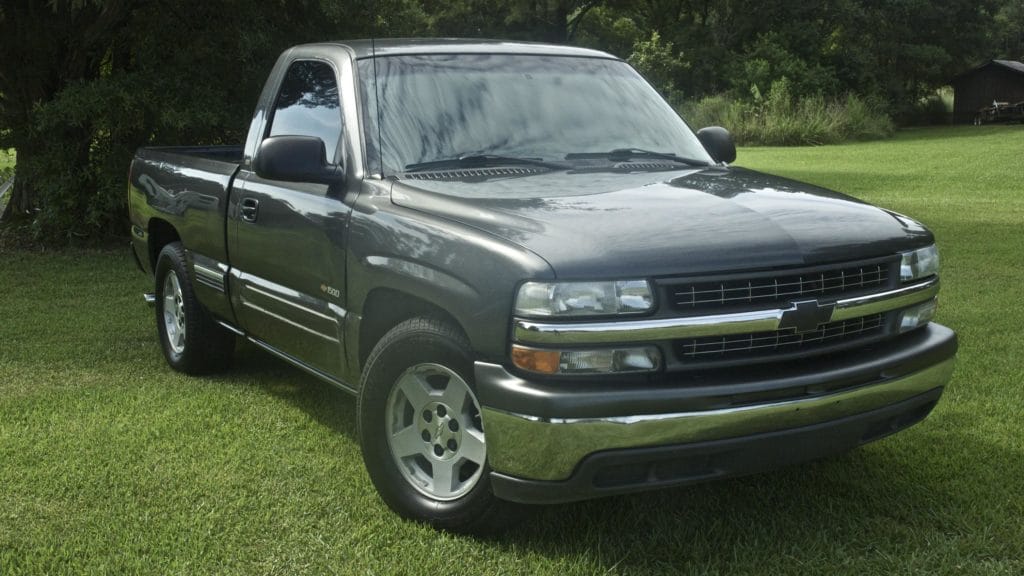 We all know how easy it is to romanticise the cars of our youth, but there are a lot of good memories wrapped up here. That first car experience opens up the world of cars in a whole new way, and certainly in my case, it was these years that got me hooked on the idea of running older cars, and maintaining and tinkering with them in my own driveway. Really, it is because of what you see above that I am writing this for N2G today.