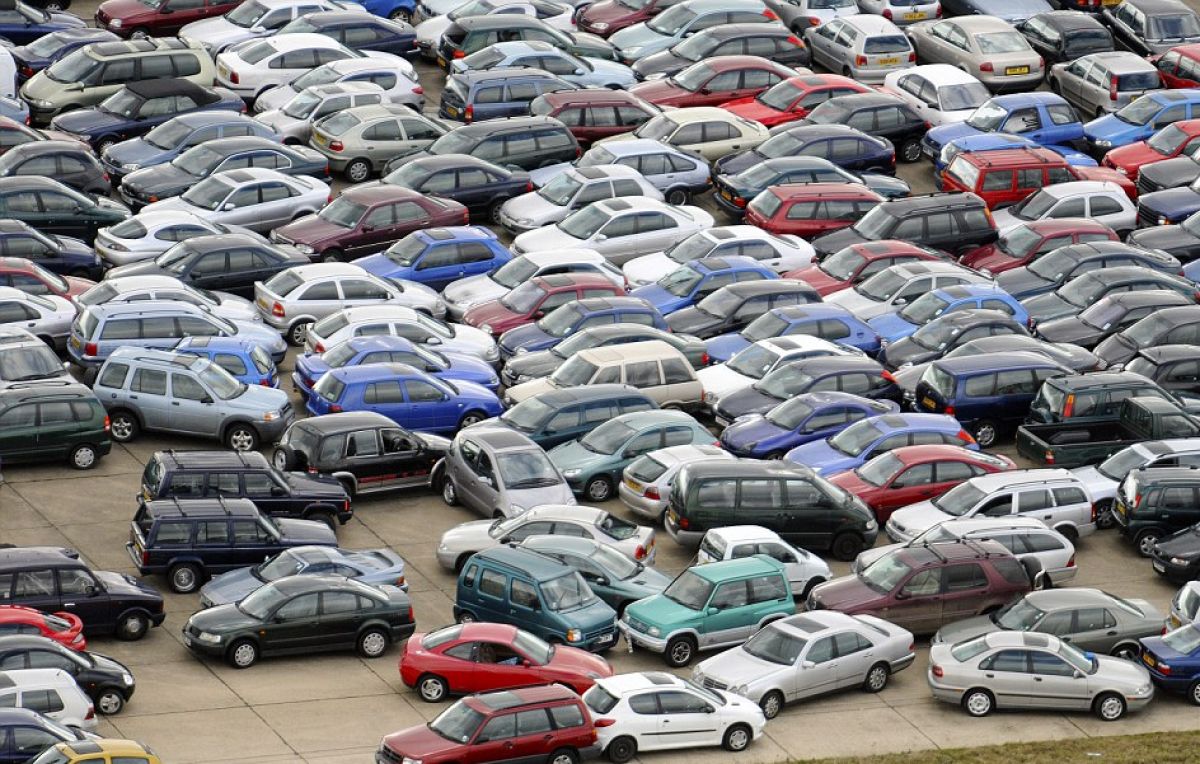 Ford, Toyota, Audi, Toyota and many more have just rolled out more scrappage schemes. Their marketing is simple. Trade in your pre-2010 car and get a guaranteed £2,000 off the price of a new one. In return, you’re helping polar bears and giving the earth’s atmosphere a big old high five. Makes sense, right? After all, new cars are frugal, so buying a new one is bound to crank the global thermometer down a notch or two, right? Um, no actually. Quite the opposite.

As we explained in our post about the proposed 2040 ICE (internal combustion engine) ban, ridding the world of what the government – or as is the current trend, manufacturers like Ford and Vauxhall – deem to be high-polluting cars is not the answer. In fact, in the case of the manufacturers, it’s nothing more than a sales tool.

Don’t believe us? The biggest savings at Toyota can be found on the Land Cruiser. That stonking great 4×4 well-known for its economy. In fact, lots of the big, thirsty offerings from various manufacturers earn the biggest scrappage discounts.

If an asthmatic penguin walked into a dealership, it would be shooed out of the way if it was interfering with a potential sale. That’s a fact. Car companies are in the business of selling cars, not saving the planet. Yes, they have guidelines to adhere to, but trust us when we say that’s not their primary concern.

Look at that little lot from the government-implemented 2009 scrappage scheme. We reckon there’s a few motors in there that you wouldn’t mind owning, right? That A6 top-right looks nice. Or how about that Fiat Coupe at the bottom, that’s a classic!

The irony of the scheme was that the cars had to be taxed and MOTd in order to qualify. If you had an old heap on your drive that was leaking oil into your daffodils, tough titty, you couldn’t trade it in.

And therein lies the issue with scrappage – government or dealer-backed. It is wasteful. As we explained in the other post, taking a perfectly serviceable car out of circulation and replacing it with a new one is not helping the environment. It’s hurting it. How? Because it’s a duplication of the effort made to produce a car. The new car will be doing the job of the old one, but by doing so, it’s effectively created at twice the environmental impact. But of course, the dealers don’t want you to know that. They want you to coo over the slightly better MPG of the new car.

Not a nearly new, flower-hugging, fuel-sipping car from the used car sales lot. A new one. Why doesn’t the 18 month old version count? Because that’s not what manufacturers want on the balance sheet, that’s why.

Before you start writing an angry email, let us say this. We’re not daft, we know there are cars that need to be taken out of circulation. Just the other day we were behind a Focus diesel that was dropping so much smoke it could have filmed an ’80s music video. Those cars need to go. If that means stricter MOTs, fine. At least then, cars being pushed out of circulation will be deserving of that fate, rather than being a metallic sacrifice at the altar of finance and salesmen.

These are the cars being thrown away. What you’re looking at are the cars we should get rid of. The ones doing all the harm. The cars we wouldn’t possibly be seen dead in. Just look at them. They’re vile, decrepit old sheds aren’t they? Okay, so you might be able to afford a newer car, but even so, there’s no way in hell anyone could put up with this level of automotive horror, right?

All these cars were in the scrap yard when Felix took the photos. C.A.R (Cwmbran Auto Recycling) to be exact. To get that studio look, Felix came up with the brilliant idea of draping cheap shower curtains over the glass. Unorthodox, but it works. Other than being sure to leave some evidence of use (sweet wrappers, etc) Felix did nothing else. No cleaning, no cherry-picking the best cars. This is how they were. They drove into the yard with an MOT, only to never drive out again.

The dealers don’t want you to focus in this side of things though. They don’t want you to see cheap motoring as acceptable motoring. They want to paint it in a bad light. It’s nonsense really. If there wasn’t a huge market for people who happily drive older cars, this website wouldn’t be here.

Not every old car is perfect. We know that. But new cars aren’t the answer. Firstly, the market is being set up to fall, as most of the cars people buy today will be internal combustion. They will be the same as the cars they are replacing. Where’s the advancement there? These scrappage scheme’s aren’t a solution, they are a tactic for selling cars, plain and simple. When have you ever gone out and bought something to replace what doesn’t need replacing. You don’t. It’s not the done thing. But within the automotive landscape, it’s being made the norm, and that’s ludicrous.

One of the latest schemes from Ford states that pre-2010 cars are eligible. If we came to your house, today, and gave you a cared for, economical, attractive car from 2010, would you refuse it? Of course you wouldn’t.

All images remain the copyright of Felix Page.