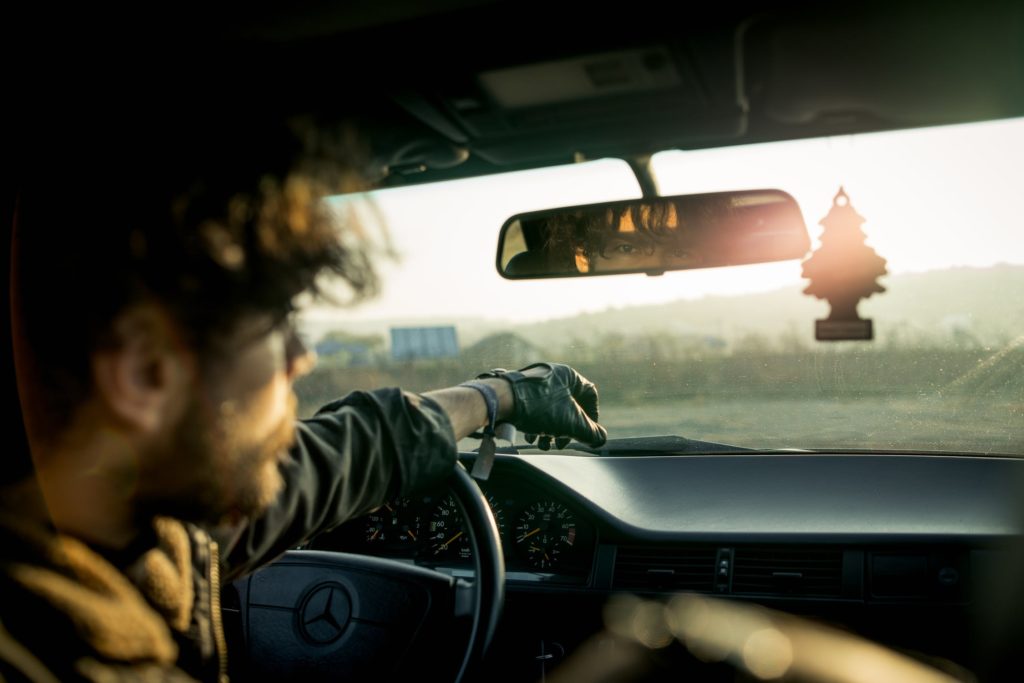 The modus operandi of Not £2 Grand is not, as we’ve said in the past, about buying a banger and driving it into the ground. No, we’re here for the people that don’t have money falling out of their bottom, and as such, who have to shop wisely. We believe that being low on cash needn’t mean you have to to drive a ruined old wreck. Far from it. The used car market in the UK is rich with machinery that looks great, runs flawlessly and can be had for minimal dosh. This is great for the best part – choice is a wonderful thing to have.

Sadly though, there are some cars that, thanks to being cheap and readily available, have been ruined. It’s not the fault of us for being the type to buy cheap cars. No, not you, we like you. We’re talking about the stereotypical buyers of some certain vehicles. Cars that, on paper, are actually pretty good. But cars that have, sadly, attracted a certain kind of person. And on that note, there are cars that are universally avoided because of their owners. Cars that we all give a wide berth when we see them. Like the Honda Jazz.

This is something that’s evident no matter the budget. For example, people who drive late-model Golf R models on PCP deals are universally bell-ends. The man who drives a Cayenne will think he’s better than you, and he will also take up two spaces at Waitrose. A Vauxhall Mokka, if seen in the wild, should be avoided at all costs.

And it’s just as true at the cheaper end of the scale. As such, we’ve rounded up five of the top offenders. Five cars that have been utterly ruined by the people who drive them. We’re not saying you should avoid these cars (well, you should always avoid buying a Crossfire). We’re just saying that if you want one of these cars, you’re going to need to work hard to break away from the stereotype. Just a warning, like.

The Honda Jazz is not, in any way, shape or form, a bad car. It’s a Honda, so how could it be? It is in many respects, the perfect city car. It’s comfortable, it’s safe, it’s outrageously reliable and it’s really rather practical indeed. It’s as happy around town as it is on the motorway. You’ll only have to fill it up once a year due it being so frugal. It’s not the most dynamic car to look at, but it’s by no means ugly. For many, it has the potential to be the perfect car. So why, then, is it on this list? Because of the unfortunate demographic it has attracted. 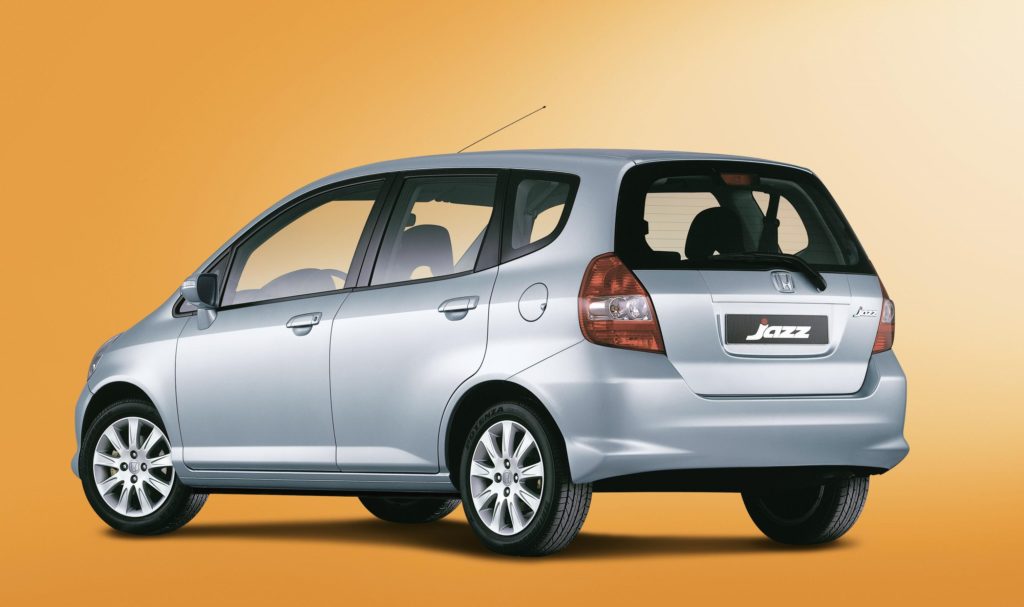 When the Jazz was launched, people who had a made a career of dodging the Reaper twinged with excitement. For reasons scientists are still trying to fathom, the Jazz attracted every old person in land. Slowly, in a scene akin to many a George A. Romeo movie, the hoards of the elderly shuffled into Honda dealerships up and down the country. Salesmen nodded along patiently at anachronistic anecdotes about tripe, things being black and white and ‘when this were all fields’. And then the job was done, the elderly were mobilised. But not with any degree of speed or urgency. Spot a Jazz on the road (and you will – it’ll be the car free from a single straight panel) and marvel as it meanders across lanes, fails to reach 25mph and all while indicating left. All. The. Time.

The Chrysler Crossfire was crap to being with, yet somehow the people who bought it have managed to make it even worse. They will bore you to literal tears by talking about it. And don’t think they need a prompt to do so. You could be talking about Monty Don’s trousers, and somehow a Crossfire owner will find a way to start to talking about their Crossfire. For them, this is it, this hateful car is the most exciting thing they have in their lives. They bought and chose to be defined by it. They’ll mention it in their Twitter profile. They’ll be members of online Crossfire forums. They will be awful people. 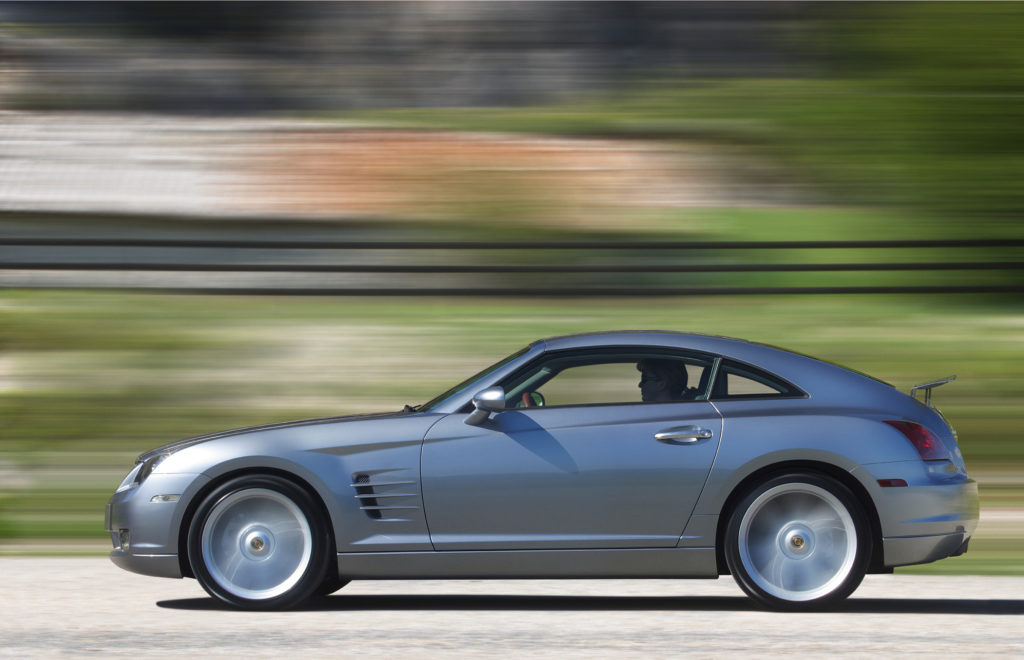 If you think we’re being a bit harsh here, we’re not. Just have a look in the comments on the Facebook post that linked you to this article. There will be someone in there who owns a Crossfire, and they’ll be defending it to the bitter death. They take Crossfire ownership so very seriously. They’re not able to look at this and chuckle along. Instead, they’ll rage type a post on the aforementioned Crossfire forum, linking to this article. Thanks for the traffic.

God we love the Focus ST, by which we mean the five-pot model that came with the second-generation Focus. It is a remarkable car. It’s fast, the engine is a tuneful, characterful slab of engineering, the handling is excellent, the brakes well-balanced and the gear-change slick. It’s a car that makes you smile, that makes you love driving again. We had one for a short while, and while it lived in the garage most of the time (we didn’t use it much, though there was nothing wrong with it), when it did come out to play it was a right giggle. We would, and probably will, have another. Fast, fun, a decent family car. Perfect. 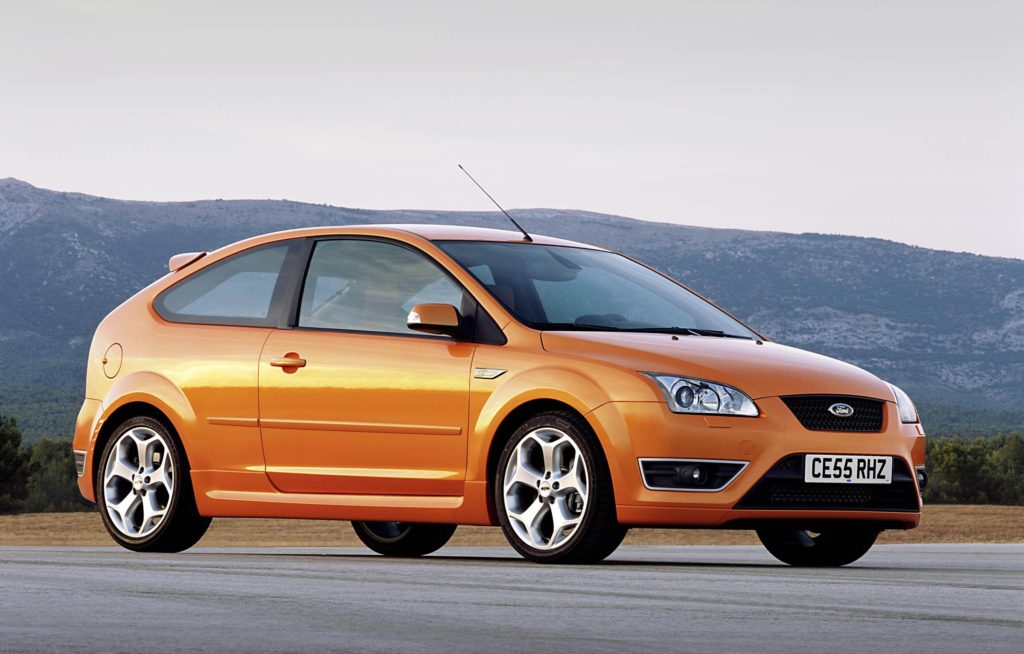 What’s not perfect is Gary, and Gary’s mate, also called Gary, who buy them now. Gary is not a man capable of individual thought. None of the Garys are. As such, every Gary that has a Focus ST has Eibach lowering springs, Bluefin remap, Remus stainless system, AirTec front-mount intercooler, eBay anti-lag kit and some sort of Bola alloy wheel arrangement. Then Gary, and his passengers, Gary G, Big Gaz and Gazza Large will drive around the town centre aimlessly. They’re never going anywhere. No Focus ST in the history of Focus STs has ever been used to commute or to go to known destination. Unless collecting a wrap of low-grade cocaine, of course. You’ve ruined the ST for us, Gary.

We like the Zafira GSi because it’s a stupid answer to a question nobody asked. We like how daft it is. It packed 197bhp care of a turbocharged 2.0 engine. It could hit 60mph in seven seconds. And it could fit in a considerable ‘big shop’ from Aldi. It was the perfect family hauler for the couple to who condoms are a mystery. Recaro seats, that lovely metallic blue paint, relatively (for a bus) decent handling. What a loon. What brilliantly bonkers bit of kit. 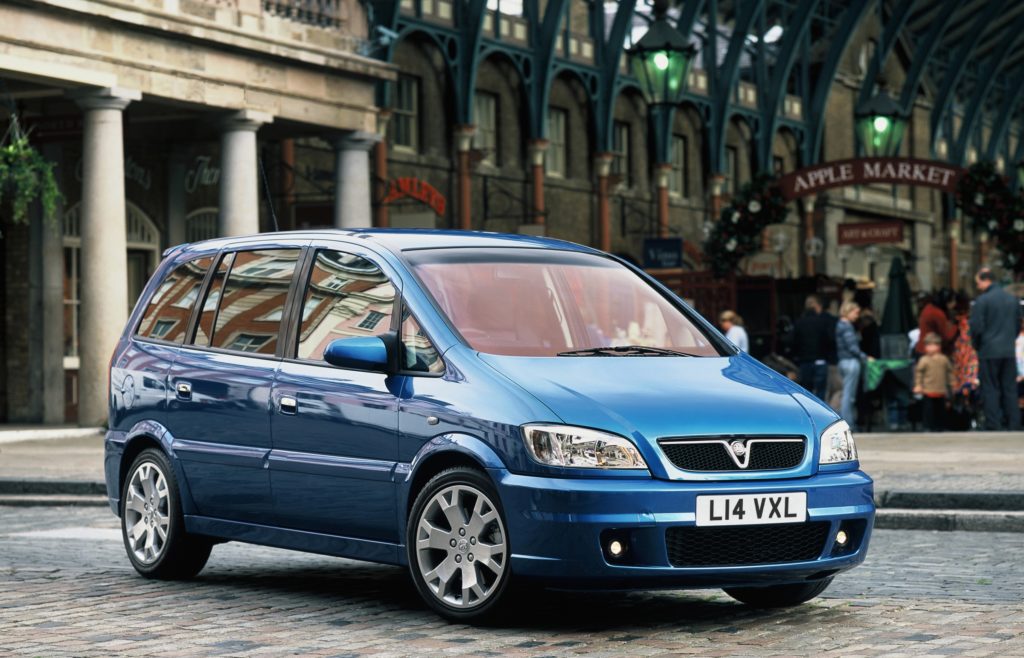 Then the great unwashed got their hands on it. Now, whenever you see one it’ll be driven by an absolute knob with no sense of respect for his fellow motorist, it’ll have a #BOOSTBUS sticker on the windscreen. And the rear screen. And the rear quarter windows. And under the number plate. Oh, and it’ll be full of the kind of kids that have got a future starring role on Crimewatch. None of them will be wearing the seat-belts.

We like a BMW at Not £2 Grand. We’ve had… hang on… seven of them. They are, by and large, good cars. To avoid buying a ruined one, you need to buy a standard one. BMW spent more than a minute getting it right first time, so our interjection isn’t needed. An E39 Sport, for example, is four-wheeled perfection. An E38 728i Sport on M Parallel rims – mother of god. FIT. The E46 3 Series is another example of BMW getting it right. See a four-door or touring on the road, and all will be well. These cars a generally bought by sensible people. Sadly though, the Coupe hasn’t been so lucky, and as such, has been ruined by the people who drive it. 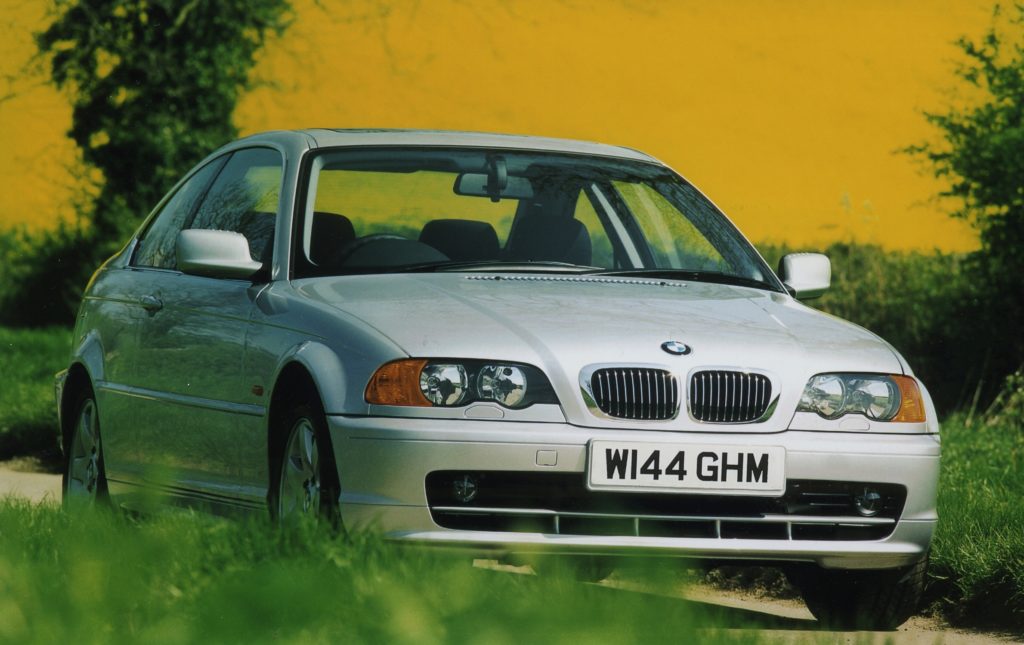 We will be kind enough to caveat this though. A stock E46 Coupe is a lovely thing, and you need not avoid one on the road. The ones you need to avoid will be obvious. They will be filthy, they will have mismatched wheels on them, the suspension (if you can call £130 eBay coilovers suspension) will be so low the car looks broken, the front arches will have rotted out and there will be a ‘Driftworks’ sunstrip in the screen. Get close to one and you’ll see the interior has been stripped, but nothing has been tidied up, so it’ll be wires everywhere. There will be one threadbare Corbeau bucket seat and a ‘wand’ to lock up the rear wheels. The E46 Coupe owner thinks he’s living his life like Han in Tokyo Drift. He fails to see that it’s hard to pull that look off when you live in Sutton Coldfield.