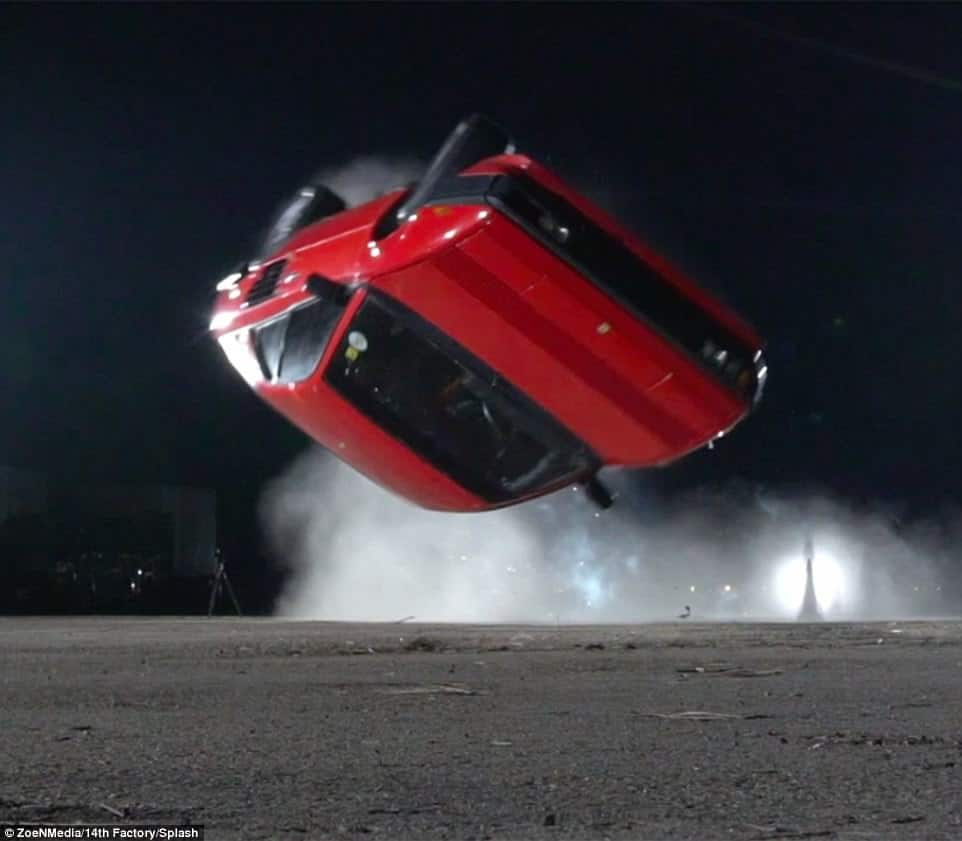 We don’t know a lot about art. We never have done, nor are we ever likely to. We mashed our hands into some poster paint when we were five, mum attached the ‘if Jackson Pollock was drunk’ masterpiece to fridge, dad smiled, good enough for us. And other than a brief dabble at drawing boobs on our GCSE English workbook later in life, that’s about all the exposure we’ve had to art. Mainly because we like cars. If you were to make a two-set Venn diagram of art and cars, the overlap would be minimal.

Yes, there are exceptions like the immensely talented PopBangColour, or maybe the BMW Art Cars, but they’re about it in terms of anything on a grand scale. Oh, and let’s not forget about Simon Birch. Not familiar with him? Here he is, with his Ferrari Mondial, funnily enough…

The eagle-eyed among you may have noticed that Simon’s Ferrari is looking a little less than pristine. Given that he’s an artist, you might think he crashed it while contemplating the innocent and unadulterated beauty of a grape, or drove it off a cliff while battling the emotional turmoil brought about by a pondering the deep-set intricacies of a 1997 Littlewoods catalogue. In reality, he paid a bloke to weld some cannons into it, then drive it when they went off. This of course destroyed the car. These sort of arrangements seldom end well for the metal involved.

But why? Well, because ‘art’. He’s an artist, what did you expect us to say?

The thing is, while normally we’d be a little appalled by the destruction of a Ferrari, the story behind this is somewhat… understandable? Yeah, understandable. That’s what we’re going with. Basically, the car wasn’t destroyed for the sake of art. Of course that was the end goal, but the catalyst is very human.

You see, poor Simon was diagnosed with cancer. Brain cancer at that. There’s not really a ‘good’ cancer to have, but out of the lot, cancer of the noggin is not the best. Simon knows this all too well, because the doctors gave him a mere six months to live. When you’re given a finite amount of time to, y’know, live, you start to look at things in a different light.

By his own admission, the Ferrari never had any sentimental value. It was the product of a time in his life where money was plentiful and life was cancer-free. He liked it, but even so, it was just nuts an bolts. Which is why, when Simon was happily given the all-clear after extensive and physically draining radiation therapy, he decided to destroy the car. BECAUSE IT WAS THE CAR THAT GAVE HIM CANCER.

Of course the bloody car didn’t give him cancer. What do you think this is, the Daily Mail? The car actually had nothing to do with Simon’s illness or recovery. Though when it came to the latter, it could be weaved into the now ongoing tapestry of Simon’s life. It could be a symbol of his recovery, in that it is now a visual metaphor for Simon’s thoughts, post-cancer. We think. Look, Brian Sewell we aren’t.

Basically the car, as a car, didn’t matter. Simon even went as far as to say he saw it as tacky. It was also selfish. The destruction of it, however, is not. That’s something we can all share in, whether we like it or whether it offends. It becomes more than the sum of its parts. It earns a legacy. We guess it becomes more than just, well, a car.

So Simon had some cannons (a la Hollywood) fitted to it to flip the beast, then paid a pro stuntman to do the driving. The resulting smash was filmed in glorious high definition, and thus the Mondial was committed to the world of art rather than just the world of motoring.

The resulting film became part of an installation in Los Angels created by Simon, called The 14th Factory. We’re not even going to attempt to explain it because frankly, doing so is way above our simple little noggins. Besides, it’s been and gone now, so telling you more about it is something of a moot point. Or… is it?

After all, here we are, talking about the art. Talking about the car. We’ve seen Mondials before, but we couldn’t tell you where or when. This one though, this one we’ll remember. This one, through its destruction, is more than any other Mondial. It’s part of something bigger. Not a lot of cars can say that.

Plus, while this may be an artistic expression of a man’s journey, of his shift in perspective due to a near-death experience, perhaps a visual embodiment of how only one person can enjoy ownership but many can share in its destruction, there is one inescapable truth that shines through…

…the Mondial was a bit shit.