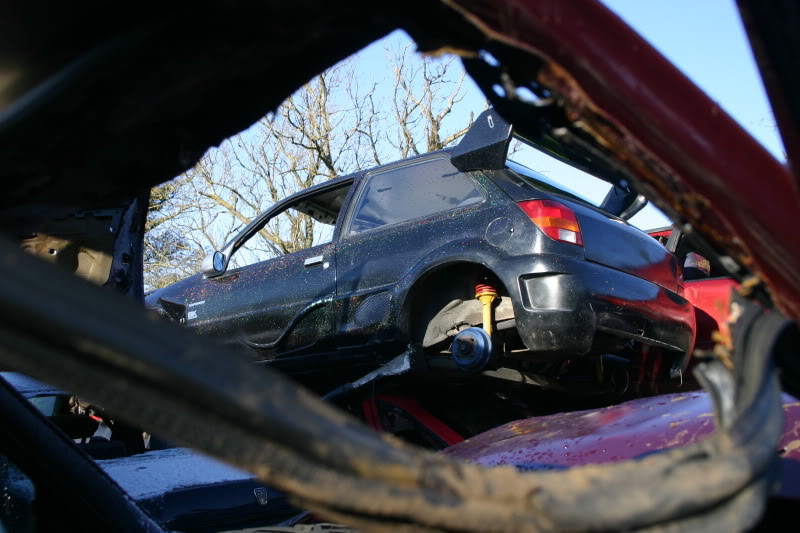 No, we haven’t taken leave of our senses, we really are telling you why you should buy a Ford Fiesta from the 1980s. Don’t worry, there’s a degree of method in our madness. First of all, we’re not looking at the Popular Plus or LX models. No, we’re focusing our beady little eyes on the XR2i. Secondly, by doing so we might actually make you some money. How nice would that be?

Okay, we can tell you’re not buying this. Let’s try something visual. Have a look at this vision of blue hot hatchery…

What you’re looking at there is a Mk2 Fiesta XR2. On paper, it’s nothing special. It’s a shopping car with some flared arches and a 1.6 CVH petrol engine. Other differences between this and the lower range Fiestas included a radio at the top of the dash, ‘Pepperpot’ alloy wheels, slightly lower and stiffer suspension and, um, that was about it. So you might be a bit shocked to learn that the blue car pictured is £25,000. Twenty. Five. Thousand. Pounds.

And this isn’t a market anomaly. Old Fords have always had a deep-pocketed following. Just look at the Mk1 and Mk2 Escort market. It’s not just the really old stuff though. In 2015 a Series 1 RS Turbo Escort sold for £60,000. A Sierra RS 500 has recently gone under the hammer for over £115,000. The world has gone mad.

It’s not all bad new though. Yes, that Orion you wrapped around a tree when you were 17 is probably worth £400,000 now, but don’t be glum. There’s still the chance to (potentially) cash in. What you need to do is buy the Mk3 Fiesta XR2i. They’ve not yet hit the silly price bracket, though if recent history is anything to go by, it’s only a matter of time.

Released in 1989, the Mk3 Fiesta XR2i was an instant hit. It was a vast improvement over the Mk2 (though that in itself was by no means a bad car) thanks to a tighter chassis and fuel injection and a more obvious performance look. The body-kit was more aggressive than that of the Mk2, and it was body-coloured. The interior had proper sport seats, too. It was a real-deal pocket rocket. Needless to say, Ford was more than happy with the sales figures, as men named Wayne and Barry scrabbled up and down the country to buy them.

The early Mk3 XR2i Fiestas retained the 1.6 CVH engine, but with added fuel injection – the first Fiesta to have it, as it happens. It had 104bhp, which was more than enough to shunt the tiny Fiesta away from the lights. As of 1992, the CVH was binned in favour of the Zetec engine, giving the XR2i twin cams in the process. As such, it was a right little driver’s car. A no frills, fun, smile-inducing hot hatch. Perfect.

Sadly though, not everyone could afford an XR2i. So, rather than go out, get a job and save up, they just nicked them instead. The ’80s and ’90s were rife with car crime, so it’s hardly surprising. Especially when you consider that the Fiesta was about as secure as a child’s lunchbox and easier to hot-wire than a doorbell.

With all that going on, anything from Ford with an XR badge became harder to insure than a Faberge Egg. Values plummeted and so did anyone’s inclination to actually look after them. So, as you very well know, they fell into the hands of the boy racers. Now, we don’t mind a modified car, but sadly the XR2i ended up being so cheap that it regularly fell into the hands of the sort of people who thought glitter paint and side details carved from filler were a wonderful thing.

No, we’re not kidding, just take a look at this…

Atrocious, isn’t it? No wonder it ended up in the scrap yard. Though having said that, it brings up another reason for dwindling XR2i numbers – they liked to rust. In the 1980s you could only sell steel to Ford if you absolutely guaranteed that it would rust into oblivion within 18 months. That’s the only stuff Ford would build cars out of. It must be true, because the cars were abysmal when it came to not corroding. The XR2i was even worse, what with its plastic body-kit trapping water against the panels.

What you’re faced with in 2017 is car of which there are very few left. But, unlike other Fords of this ilk, the XR2i is still affordable. No, you’re not going to get a show winner, but you should be able to get something respectable and roadworthy.

Put in a bit of elbow grease, fix what needs fixing, keep it away from moisture and don’t feed it after midn… no, wait, that’s gremlins. Do those things and you could find yourself sitting on something that is only going to go up value. We don’t often get a view into the crystal ball in the motoring world, so the XR2i is a pleasant exception.

When you do sell it for ten times what you paid, you owe us a beer, right?