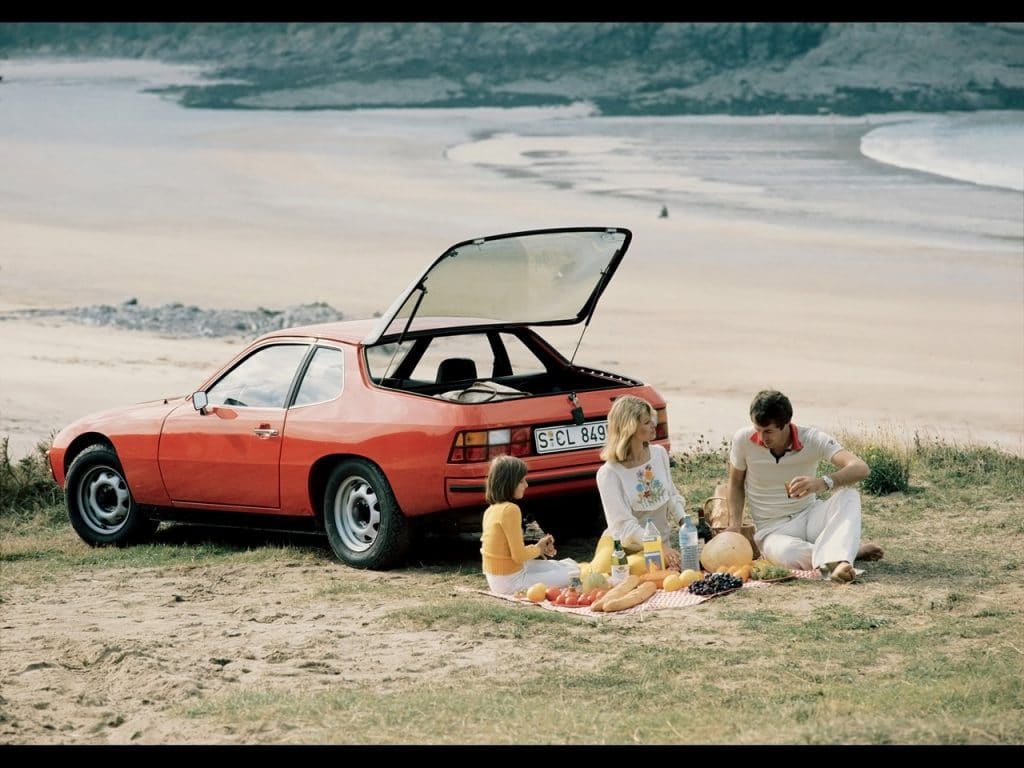 Yeah, really, a Porsche. For this one, we had over the reins to N2G new-boy, Toby Aiken. Can he persuade you to get the spanner out and invest in a Porsche project?

Whisper it… Porsche 924… Think 1980s, think terrible haircuts, think dodgy fashion, think affordable rear-wheel drive sports car ownership… okay, not back then, but you could own one now, and for less than two grand.

Yep, you can be a Porsche owner for less than our steadfast two grand budget. It might not be easy, or quick to find, but with a little patience and an eye on the internet, it can be a reality. If you’ve got visions of a convertible Boxster in ropey condition, forget it (though there is an exception, watch this space as they say – Ed). Yes you could buy that, but who wants to look like a mid-life-crisis accountant with a comb-over?

The 924 actually hit the road in 1976, but it will forever be associated with the 1980s. That’s probably the fault of the pop-up lights and the ‘loads of money’ clientele it attracted up to its build-run culmination in 1988.

This wasn’t Porsche trying to cash in though. Okay, so it wasn’t a pant-wettingly fast as the 911, but that’s fine. It was just happy to be a fun, compliant car that was engaging and fun to drive. Nothing more, nothing less.

Mechanically, the 924 was available with either a 2.0 inline-four, or a 2.5 inline-four. And yes, the 2.0 was derived from an Audi design, and yes that same design can be traced back to some vans. But so what. The YB Cosworth engine is a 205 Pinto block. Same as a Transit. You don’t see people moaning about that.

You also won’t see them moaning about the way a 924 handles. They are a delight on the road. With the engine up front, but the gearbox out back by the rear axle, the weighting was near perfect. It was proper, it was designed to be driven. It was not a poor man’s Porsche, nor did it have a van engine.

Good examples of a 924 will easily reach five, ten or even fifteen grand (or more), so a sub £2k example is going to be a bit shake, rattle and roll, with more than the odd patch of rust and perhaps a dodgy, semi-suspicious stain or two on the upholstery, but as a project car, it’s great. Just don’t look too closely at those stains before you clean them, or just replace the seats to be safe. This is the ’80s we’re talking about.

Anyway, two grand should get you one that at least runs, and if you’re patient in your search, or just a lucky git, it might even have some MOT. But don’t let that little piece of paper lull you into a false sense of security… owning it is still going to be a labour of love. It’s going to go wrong. A lot. It’s going to break down. A lot. And it will (if you’re not careful) try to kill you.

I had a mate that had one and he referred to it as the ‘widow-maker’ as its back end would step out on the gentlest bend. Mind you, he was a shit driver, and had two modes for his right foot; off and buried, so that might not be totally fair to the Porsche.

I also had a maths teacher who had one when I was at school, and his was immaculate. It looked like it had been owned and driven by a maths teacher, let’s put it that way. I doubt the needle had ever even been close to the red line. I guess that would be the ‘£15k plus’ one for sale on cherished-old-cars.com

Something else to remember is that the 924 was Porsche’s entry level model; an attempt to make Porsche ownership affordable. So two points: this was the worst car in the Porsche range even in the 1980s and secondly most of the early models would probably have been bought by people who could’t afford a 911, but wanted to think they could. So those that survived will possibly have been treated like a cheap hotel room (probably explains the stains) and were driven like they were stolen – revving the bollocks out of the engine to try and smoke anything else from the lights. They probably weren’t serviced that well either. Basically, many 924s have fallen through the hands of people you wouldn’t trust with a Perodua, let alone a Porsche.

So expect knackered gearboxes, well-worn suspension, rust-a-plenty, thrashed engines and seats that probably need replacing. Also, as these cars date from the ’80s and were probably driven by people who enjoyed things they shouldn’t have, don’t take one on a ferry unless it’s been really well valeted – chances are the sniffer dogs might have something to say about the odd white dusty marks on the dashboard (not that you’re perpetuating stereotypes here, eh Toby? – Ed)

Dodgy booze cruises aside, owning a Porsche 924 sounds like a recipe for fun-filled hours of motoring. Hours being the operative measurement – you might get a few hours of fun before having to spend a week or so in the workshop, but that’s the joy… you get to muck around with spanners in between driving a great looking classic Porsche. It’s a classic, and as such, it’s not burdened with electronics that make you fearful. It’s not unapproachable to the home mechanic. So not only can you own a Porsche, you get the satisfaction of being able to look after it, too.

And even when it’s in the garage and you’re driving whatever Euro-box you have to maintain for the days when you actually have to arrive somewhere, you’ll have a Porsche keyring in your pocket, and once you’ve walked away from your two-hundred-thousand mile Polo, no-one will know that you don’t drive a beauty of a 2+2 924 everywhere you go… unless they follow you of course. But stalkers aside, with the keys to a 924 in your pocket, you can feel the part, even when you can’t look the part!

So there you go. For N2G, you could be driving a rattling bucket of Porsche’s entry-level 1980s sports car that at its peak developed 125bhp. Many of those horses will have escaped in the nineties and naughties, but still. All the power through the rear axle from a low-seating position looking down the long flat bonnet to the pop-up headlights (and who doesn’t love pop up headlights?) for the same price as a year’s lease of a drudgery-inducing Mondeo or similar.

Find one you like, knock a couple of hundred quid of the asking price (because why not?) and spend that on a second car that will likely as not be boring as hell, but will take you to the office when the Porsche is in pieces (or if it’s been raining) and with a little work you will have a beautiful coupe with a noise to match, and that iconic badge front and centre of the bonnet.

Once you’ve beaten it into submission and replaced the truly knackered bits, you’ll have a blinding summer sports car that you can admire and find excuses to pop out for a drive. Winner.